SPRINGFIELD – Jim Schurke has always been interested in people who hold different beliefs than his own. His interest started when a young Catholic friend complained to him in high school that he always had to eat fish on Fridays. He didn’t know why. Schurke knew why and was surprised that a practicing Catholic did not. Catholics used to be forbidden to eat meat on Fridays. Another time Schurke suggested to a friend that they get a cola at a nearby drugstore. She replied she couldn’t … END_OF_DOCUMENT_TOKEN_TO_BE_REPLACED 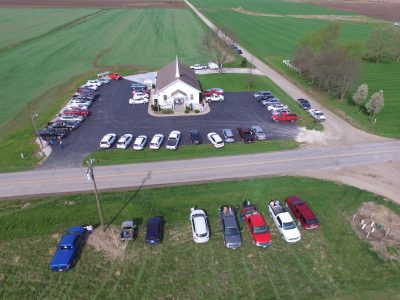 HOUSTON – Mike Walker, director of missions for Texas County Association saw that churches were holding drive-in worship services in parking lots as an alternative to meeting in church buildings during the pandemic crisis.  So he and his pastors took it a step further and decided to have a drive-in revival with a series of preachers and musicians holding a county-wide crusade May 3-6.  And they had the benefit of having a drive-in movie theater to use. The Houston area drive-in is one of … END_OF_DOCUMENT_TOKEN_TO_BE_REPLACED 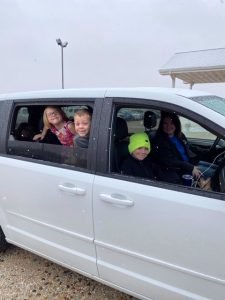 EWING — The COVID-19 recommendation was for churches not to meet in groups larger than ten.  Most churches were canceling worship services on March 22nd or broadcasting worship on the Internet. For many this was a hard thing to do. Jon Lester, a member of the St. Louis area southern gospel group, The Lesters, proposed to Lewis County area churches that they hold a “drive-in” worship service.  They obtained a low-power FM transmitter to broadcast the service to car radios in the parking … END_OF_DOCUMENT_TOKEN_TO_BE_REPLACED

MOBERLY – Leaders of the 2020 MBC Pastors’ Conference have announced that pre-registration is now open for the October 26th event in St. Charles. Richard Clouse, pastor of Carpenter St. Baptist Church in Moberly is the president of the 2020 Pastor’s Conference. There is a bonus opportunity for those who pre-register early. A gift package that includes a Spurgeon Study Bible, valued at $90, as well as other resources, will be provided for the first 50 registrants. Clouse said there will … END_OF_DOCUMENT_TOKEN_TO_BE_REPLACED 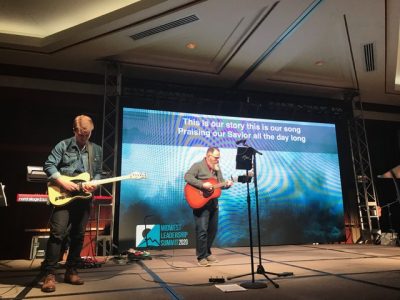 SPRINGFIELD, Ill. – The hotel conference center lobby was buzzing with activity as over 1,200 Baptist leaders from nine states descended on Springfield, Ill., for a leadership training summit. Spencer Hutson, MBC Liason, reported 165 Missourians were at the event, January 21-23. It featured 80 breakout sessions and keynote speakers including J.D. Greear, Haydn Shaw, Dhati Lewis and Sandy Wisdom-Martin. Hutson said the MBC wanted to give directors of missions “the opportunity to pick top … END_OF_DOCUMENT_TOKEN_TO_BE_REPLACED 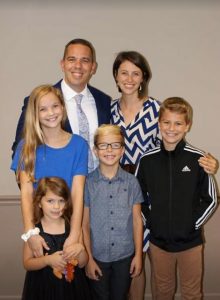 FERGUSON – After serving four years as pastor of First Baptist Church in Ferguson, Pastor Joe Costephens is entering the U.S. Navy as a chaplain. He will be entering as a lieutenant, and after training he will be attached to a Marine unit. He grew up in the North County region of St. Louis, part of the First Baptist Church, Ferguson. After seminary he and his wife, Sarah, planted a church in 2009 called Passage Community Church in nearby Florissant. In 2015 that church merged with First … END_OF_DOCUMENT_TOKEN_TO_BE_REPLACED 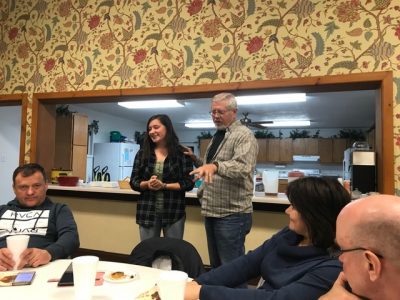 MAYSVILLE – The sermon at First Baptist Church Dec. 8 was in Russian, translated for the congregation by a former IMB missionary. Brother Vasya Vimovoi spoke about growing up in post-Chernobyl Belarus and how his family had been impacted by support from Missouri Baptists as part of a 1994-99 missions partnership. He is the son of Ivan Vimovoi, pastor of Krasnapolie Baptist Church, who was befriended by former Maysville pastor Rodney Dorr. Dorr has been serving in recent years at First … END_OF_DOCUMENT_TOKEN_TO_BE_REPLACED

BRANSON – In the hallways and exhibit hall the Missouri Baptists attending the MBC annual meeting reported a good spirit and a renewed sense of cooperation for ministry in the state and beyond. The Pathway interviewed several messengers and guests and asked what they liked about the meeting and what cooperation meant to them? Alan Brock, director of missions (DOM) of Linn-Livingston and North Grand River Baptist Associations said there was a sense of peace.  “There is a desire to … END_OF_DOCUMENT_TOKEN_TO_BE_REPLACED 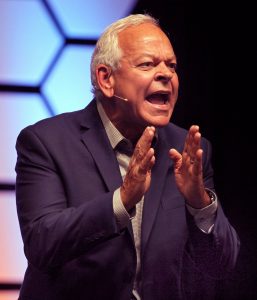 BRANSON – Johnny Hunt, senior vice-president of evangelism and leadership of the North American Mission Board (NAMB) spoke to the MBC messengers in the first session of their convention.  His sermon was titled “The Kingdom Life,” and he gave examples of some things he wants to do if the Lord wills. Taking his text from I Corinthians 16, he said first, “I have possessions I wish to give.” Hunt said pastors and teachers should teach what the Bible has to say about stewardship.  Paul … END_OF_DOCUMENT_TOKEN_TO_BE_REPLACED 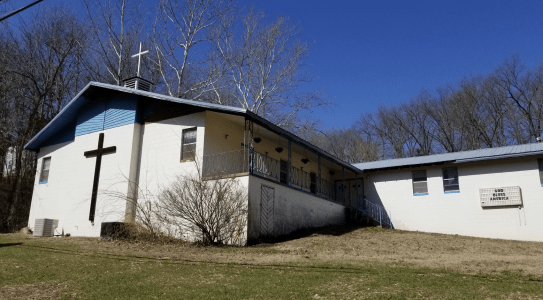 REEDS SPRING – An offering collected during the MBC annual meeting netted $4,148.80 to help with the construction of a building for a new church plant in Reeds Spring. The First Baptist Church of Kimberling City, seven miles down the road, is sponsoring the new church along with assistance from Tri-County Baptist Association. The MBC Executive Board report included the proposal for the offering on Tuesday morning of the convention meeting. There was a church named First Baptist of … END_OF_DOCUMENT_TOKEN_TO_BE_REPLACED

JOPLIN – Missouri Baptist pastor Rodney Rambo was a church planting intern eight years ago when an EF-5 tornado destroyed a huge swath of the Southwest Missouri city. “We hunkered down in an apartment building,” he said. “Then we spent the night digging and looking for church members.” He then spent about two years working in disaster relief ministry in the city. Rambo attended a FEMA meeting as the city began the process of recovering.  A FEMA worker said, “Ten years from now one out … END_OF_DOCUMENT_TOKEN_TO_BE_REPLACED 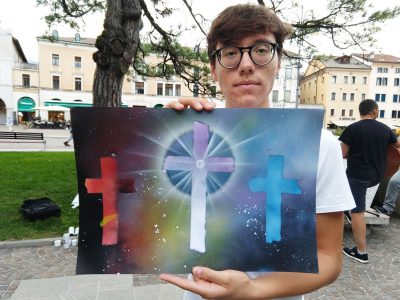 BELLUNO, Italy — Former art teacher turned youth pastor, Jared Griffin pulled out cans of spray paint and set up an easel on in a public park in this northern Italian town of Belluno, population 35,876. He was there with a recent mission team from the Cape Girardeau area. Their intent was to attract Belluno residents viewing the art creations and engage them in conversations about the Gospel. Why spray paint cans? In Italy there is a great appreciation for art. Classical sculptures, … END_OF_DOCUMENT_TOKEN_TO_BE_REPLACED