This is the eighth in a series of articles on the Trinity, excerpted from What Every Christian Should Know About the Trinity, available by contacting the MBC or through Amazon. The Bible consistently declares there is one true and living God, the self-revealed Creator who alone must be loved and worshiped. All other gods are false. The physical depictions of these gods, as carved images or naturally occurring phenomena such as stars and trees, in fact represent demons (see Deut. 32:16-17; … END_OF_DOCUMENT_TOKEN_TO_BE_REPLACED

This is the seventh in a series of articles on the Trinity, excerpted from “What Every Christian Should Know About the Trinity,” available by contacting the MBC or through Amazon. To avoid confusion when exploring the Trinity, we need to understand three different ways the Bible employs the word “God” and the way we use it in our theology. Otherwise, we may be tempted to see the Trinity as three gods. First, there are references to God as Father. The New Testament often uses this approach … END_OF_DOCUMENT_TOKEN_TO_BE_REPLACED 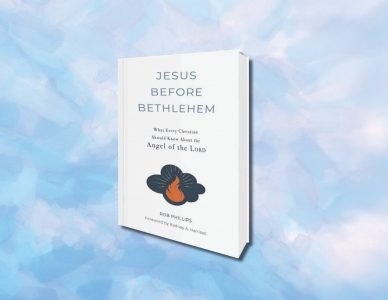 JEFFERSON CITY – The Missouri Baptist Convention, through its High Street Press imprint, has released a new resource for personal or group study titled Jesus Before Bethlehem: What Every Christian Should Know About the Angel of the LORD. Written by the MBC’s Rob Phillips, the 338-page book explores dozens of Old Testament appearances by a figure often identified as “the angel of the LORD.” This figure not only speaks for God; he speaks as God. He appears as a man, a voice from heaven, a … END_OF_DOCUMENT_TOKEN_TO_BE_REPLACED

JEFFERSON CITY – Missouri Baptist apologists Dave VanBebber and Adam Cochrun are engaging two professors at Southern Evangelical Seminary (SES) in a live-streamed dialogue April 27 about approaches to the doctrine of biblical inerrancy. VanBebber and Cochrun, active members of the Missouri Baptist Apologetics Network, are scheduled to discuss this topic with Richard Howe, professor emeritus of philosophy and apologetics at SES, and Adam Tucker, director of recruiting and admissions for the … END_OF_DOCUMENT_TOKEN_TO_BE_REPLACED

This is the sixth in a series of articles on the Trinity, excerpted from “What Every Christian Should Know About the Trinity,” available by contacting the MBC or through Amazon. In seeking to simplify the complex truth of one God in three persons, Christians sometimes resort to analogies – the comparison of two things for the purpose of explanation or clarification. While analogies applied to the Trinity seem helpful on the surface, they fail to do justice to our infinite and eternal God. … END_OF_DOCUMENT_TOKEN_TO_BE_REPLACED 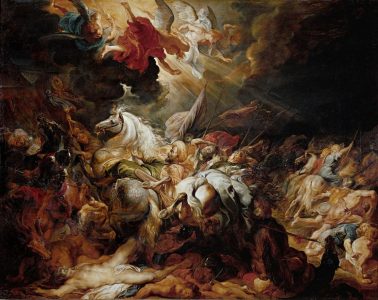 And the widows of Ashur are loud in their wail, And the idols are broke in the temple of Baal; And the might of the Gentile, unsmote by the sword, Hath melted like snow in the glance of the Lord!           – Lord Byron (George Gordon), from “The Destruction of Sennacherib” In the year 701 B.C., the Assyrian army under its king Sennacherib attacked the fortified cities of Judah and lay siege to Jerusalem. For some two centuries, the neo-Assyrian empire had been a force to reckon with … END_OF_DOCUMENT_TOKEN_TO_BE_REPLACED

This is the fifth in a series of articles on the Trinity, excerpted from “What Every Christian Should Know About the Trinity,” available by contacting the MBC or through Amazon. As we pursue a biblically faithful understanding of the Trinity, it may help to sort through a number of false views of this crucial doctrine. Some faulty definitions are grounded in misunderstanding, such as the Muslim view that Christians are polytheists for worshiping God, Jesus, and Mary. Others are subtler … END_OF_DOCUMENT_TOKEN_TO_BE_REPLACED 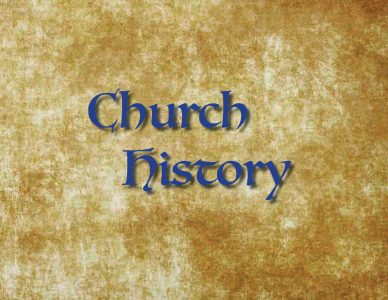 LONDON, England – Blue crosses marked many doors of disease-ridden London homes in 1563. That year, the bubonic plague once again ravaged England’s capital city, despite efforts to prevent the spread of disease: Stray dogs throughout the city, thought to transmit the plague, were rounded up and killed. Bonfires – believed to “consume the corrupt airs” – filled the streets at sundown three times each week. Plays, fairs and other gatherings were prohibited, and London’s Christians were … END_OF_DOCUMENT_TOKEN_TO_BE_REPLACED

This is the fourth in a series of articles on the Trinity, excerpted from “What Every Christian Should Know About the Trinity,” available by contacting the MBC or through Amazon. Some critics of the Trinity doctrine protest that it is a late invention, formulated only after the Roman Emperor Constantine, a convert to Christianity, decreed an end to all persecution of Christians in AD 313 and convened the first ecumenical council at Nicaea in AD 325. But the charge of doctrinal invention … END_OF_DOCUMENT_TOKEN_TO_BE_REPLACED 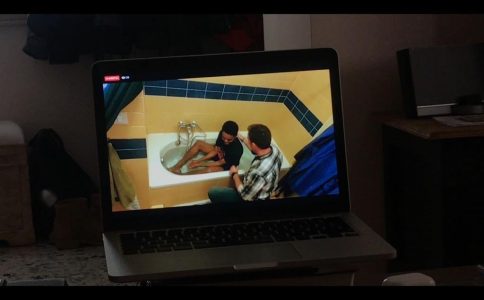 Church planter explains impact of coronavirus response in Italy EDITOR'S NOTE: The Missouri Baptist Convention (MBC) has a missions partnership in northeast Italy. To learn more about this partnership, contact MBC Multiplying Churches Director Rick Hedger (rhedger@mobaptist.org) or visit https://mobaptist.org/partnership-missions/ends-of-the-earth/. The article below is written by Reid Karr, a church planter with the IMB serving in Italy. ROME, Italy – Although the actual number of … END_OF_DOCUMENT_TOKEN_TO_BE_REPLACED

Consider three simple truths the Scriptures teach about the Trinity: 1. There is only one true God. 2. The Father is God; the Son is God; and the Holy Spirit is God. 3. The Father, Son, and Holy Spirit are distinct, but inseparable, persons who exist simultaneously. 1. There is only one true God. Christians do not worship three gods; that’s polytheism. We do not worship one God made up of three parts; that’s tritheism. Nor do we exalt God as a lone actor who wears three different masks; … END_OF_DOCUMENT_TOKEN_TO_BE_REPLACED

How do we biblically define a term that never appears in the Bible? As Jehovah’s Witnesses, Muslims, and others are quick to point out, the word Trinity is conspicuously absent from the pages of Scripture. Therefore, they argue, to embrace such a term goes against the Bible’s clear teaching. Not so fast. While it’s true the term Trinity is not found in English Bible translations, that doesn’t mean the doctrine is missing in action. We might point out that phrases such as “the second … END_OF_DOCUMENT_TOKEN_TO_BE_REPLACED