IRONTON – The Baptist Home board of trustees voted unanimously, April 3, to confirm Rodney Harrison as The Baptist Home’s next president, making him only the seventh president in The Home’s 107-year history. Harrison began serving as the transitional president for The Home late last December in preparation for former President Steven Jones’ retirement in January. The historic vote was made by the trustees during their April 3 board meeting, held online due to the COVID-19 crisis. Ken … END_OF_DOCUMENT_TOKEN_TO_BE_REPLACED 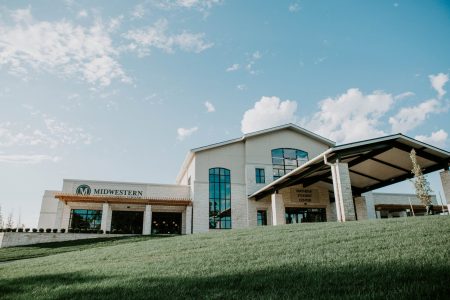 KANSAS CITY – In moves directly related to the safety of the Midwestern Seminary community amidst the Coronavirus pandemic, President Jason Allen announced that all summer classes will be offered in a synchronous technology format and that the school’s May 1 public graduation ceremony will be cancelled. “First, and foremost, on our minds right now is the safety of our students, faculty, staff, and their families during this most unprecedented time in our nation’s history,” Allen said. … END_OF_DOCUMENT_TOKEN_TO_BE_REPLACED

JEFFERSON CITY - Midwestern Baptist Theological Seminary professor Rodney Harrison is the presidential search committee's recommended candidate to be the next president of The Baptist Home. Harrison, a registered nurse who has served as a transitional president for The Baptist Home for the past several months, will be voted on by the Home’s board of trustees at their April 3 meeting. … END_OF_DOCUMENT_TOKEN_TO_BE_REPLACED 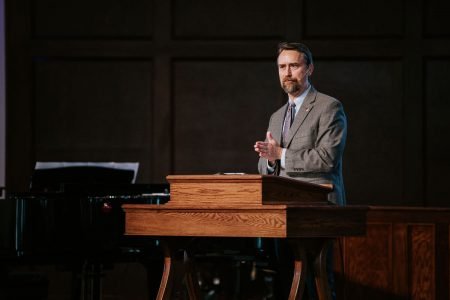 KANSAS CITY (BP) – New Testament and canonical scholar Michael Kruger delivered Midwestern Seminary's annual Sizemore Lectures on Feb. 25-26, exploring the topic of "Were the Church Fathers Inspired in the Same Way as Scripture?" when selecting the biblical canon. Kruger, who serves as president and the Samuel C. Patterson professor of New Testament and early Christianity at Reformed Theological Seminary's Charlotte campus, focused his two-lecture series on the questions: "Were the church … END_OF_DOCUMENT_TOKEN_TO_BE_REPLACED

IRONTON – Since the first reports of the Coronavirus (COVID-19) came out in early January, The Baptist Home has been monitoring the situation. In early March, The Home issued its first response by recommending that all visitors and staff stay home if they were sick or experiencing flu-like symptoms. A temporary sick leave policy was put in place to allow staff more flexibility to miss work in order to seek treatment. Campus administrators attended webinars on COVID-19 to learn how to … END_OF_DOCUMENT_TOKEN_TO_BE_REPLACED 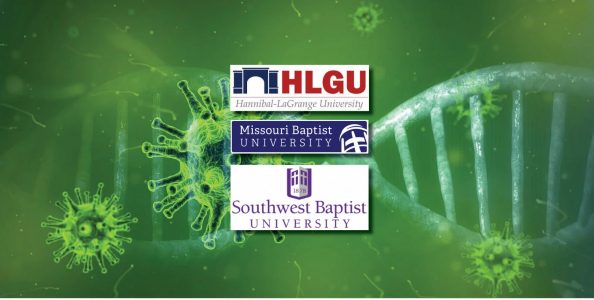 HANNIBAL – Citing preemptive precautions to avoid further spread of the coronavirus, Hannibal-LaGrange University, Missouri Baptist University and Southwest Baptist University have all made the decision to temporarily cease on-campus classroom activities. The three schools reported they had no reason to expect any students or faculty had been exposed to the virus that is prompting waves cancelations and postponements across the globe. The following updates were current as of 3 p.m. March … END_OF_DOCUMENT_TOKEN_TO_BE_REPLACED

In 1882 a giant stood before Mrs. Joseph Thompson – the giant of children in need. She could have ignored the giant or rationalized that she wasn’t capable of coming to the aid of these children. Instead, she shared the need with the ladies in her sewing society and they banded together with the ladies of five Baptist churches to found what we now call Missouri Baptist Children’s Home. They chose to take a stand and fight for these children even though the issue was much larger than … END_OF_DOCUMENT_TOKEN_TO_BE_REPLACED 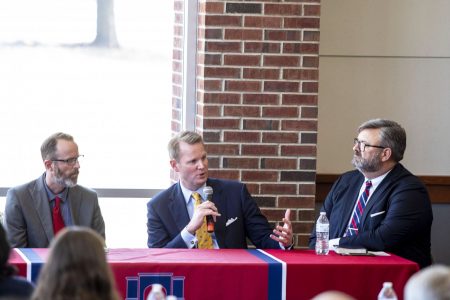 HANNIBAL – Nearly all private colleges and universities in the U.S. began with one purpose in mind: theological training: Harvard, Yale, Princeton and others. And yet one by one, decade by decade, compromise by compromise, they jettisoned their Christian mission and strayed farther and farther away from their founding principles. Anthony Allen, president of Hannibal-LaGrange University, attended such an institution as an undergrad at Duke University in North Carolina. Allen explained that … END_OF_DOCUMENT_TOKEN_TO_BE_REPLACED 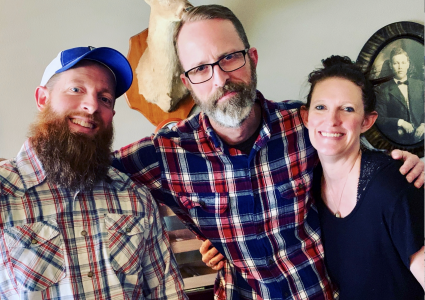 HANNIBAL – Home, the maxim goes, is where the heart is. Sometimes the heart claims multiple homes. Eric Turner, 48, Hannibal-LaGrange University Christian Studies Division Chair, knew growing up in Hannibal he was adopted through the Missouri Baptist Children’s Home. “My parents Charles and Joyce Turner still live here and are members of Calvary Baptist Church. My adoption was always part of my childhood. My parents talked of it in positive terms. My birthday is May 12 and June 9 was the … END_OF_DOCUMENT_TOKEN_TO_BE_REPLACED 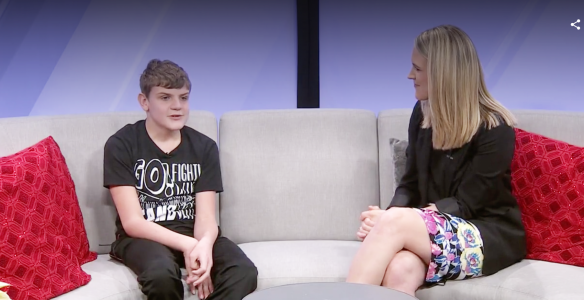 BRIDGETON – Religious liberty can seem an abstract concept, but consider Kevin. Kevin is one of more than 13,000 children in Missouri’s foster care system. Kevin has been waiting since he was six. That was ten years ago. Back in December, Kevin was featured on KOLR Channel 10 in Springfield on their weekly feature on foster kids like Kevin in search of a home and forever family. After footage rolled of him working behind the scenes at school theatrical productions, Kevin took a whirl at … END_OF_DOCUMENT_TOKEN_TO_BE_REPLACED

SPRINGFIELD – MBCH’s Women’s Ministry will host the “UR:Gathering” on February 22-23 at the Oasis Hotel and Convention Center in Springfield. This is a remake of the TGE (Trust God in Everything) event that has been held for more than 10 years. UR:Gathering is for girls in grades 3-6, 7-8, 9-12 and all women. Ephesians 2:10 will be the theme Scripture as participants look at who God says we are. “The world has a lot to say about who we are,” said conference director Wanda Shellenbarger. … END_OF_DOCUMENT_TOKEN_TO_BE_REPLACED 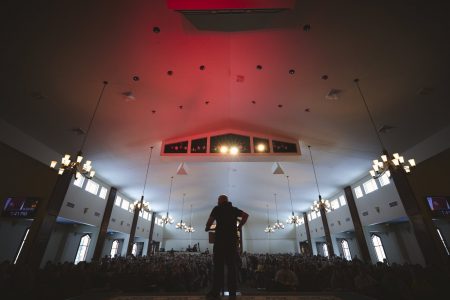 Midwestern Seminary welcomed over 1,000 students from more than 90 local and regional churches on Jan. 24-25 for its annual Ready Conference, which exists to equip the youth of the church to defend their faith. This conference—which is based off of Jude, verse 3—encourages students to be ready to defend “the faith that was once for all delivered to the saints”—featured main sessions from speakers Sam Bierig, Cam Triggs, Jared Bumpers, and Noe Garcia, and included a number of breakout … END_OF_DOCUMENT_TOKEN_TO_BE_REPLACED