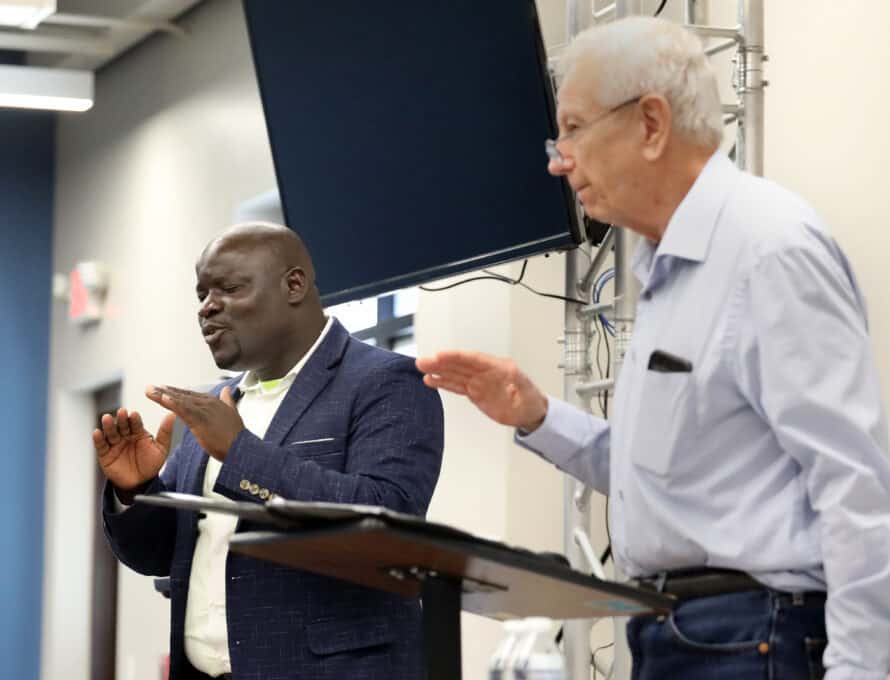 OAKVILLE – When you attend church at Canaan Baptist in Oakville you may think you are in a typical suburban church in what is known as South County St. Louis.

That is true in many ways.  But what is remarkable is that just beneath that outer layer is a very missional congregation with outreach efforts to many international people groups all over the St. Louis Metro area and across the world to Latin America, Africa and Asia.

The Pathway spoke with Canaan Baptist missions and family pastor Martin Winslow about an event they hosted on Oct. 23rd called “Celebration of All Nations.”

Many ethnic congregations from across the state were there to participate in the worship service. Then lunch and a training session followed.  A multi-ethnic worship celebration concluded the event in the late afternoon. 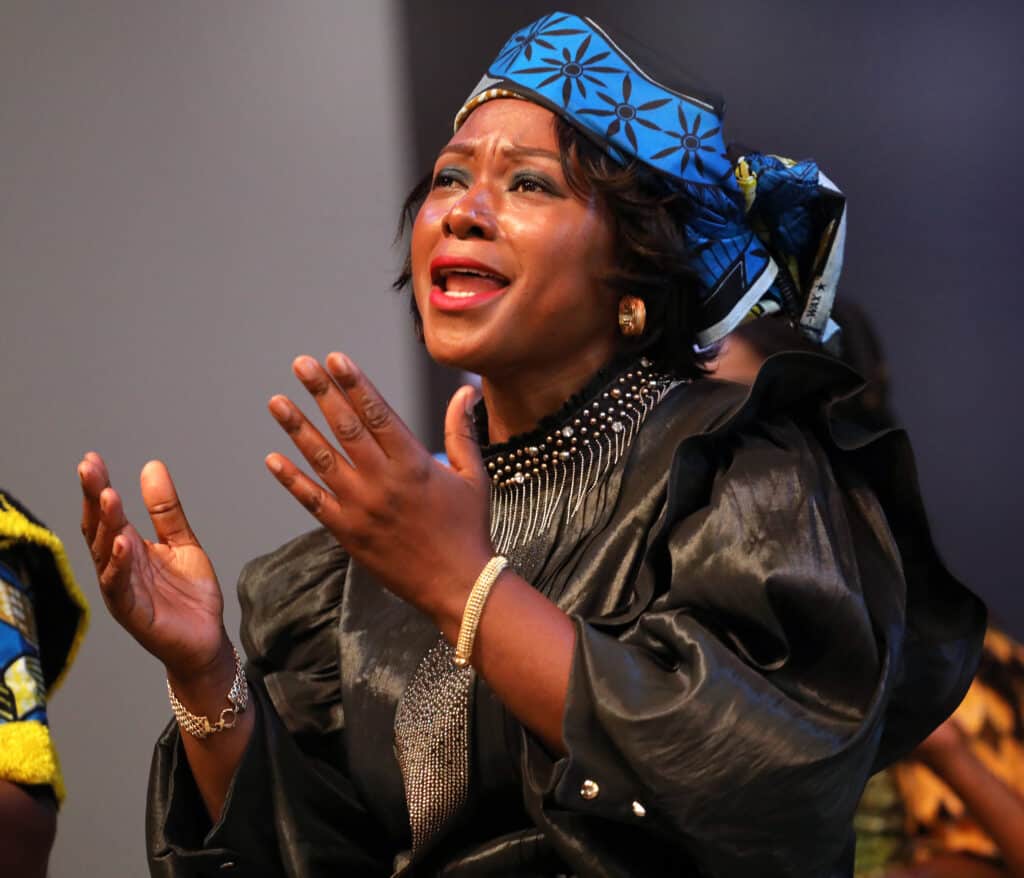 Canaan pastor Daniel Carr, and his staff, including Winslow, believe the church should reach out of their comfort zone and include all people in their outreach.

Winslow said the St. Louis metro area is growing, but the city itself is declining in population.  But many internationals are coming to the city and to the suburbs.  Canaan Baptist has an intentional strategy to reach those people groups.

It is almost exhausting to listen to the stories of all the churches planted and being planted.  And it extends back into the home countries of the people they are meeting in St. Louis.

He said there are approximately 70,000 Bosnians living in the St. Louis area, the most concentrated area for Bosnians in the U.S.  They are on the radar screen of Canaan Baptist, but they have not yet developed a strategy to effectively reach them.  Winslow plans to fly to Bosnia next summer to find key people and perhaps bring them here to begin reaching Bosnians for Christ.

Canaan Baptist has ties to church plants among the following groups at this time:  Nepalese , Hispanics, Congolese, Ethiopians, Zambians, Japanese and Chinese.  Some are direct church plants sponsored by Canaan and others are churches that are being influenced by the international ministry influence of Winslow and volunteers at Canaan and St. Louis Metro Association.

They have discovered a large population of people from the Asian nation of Nepal who live just ten minutes north of Oakville.  They helped the mission church call a Nepalese pastor, Amjad Mohammed (known in the U.S. as Joshua).  The church is five years old and meets in the facilities of Bayless Baptist Church, also in South County.  The Nepalese came to the U.S. as refugees because of political turmoil in their native land. Most of them have converted to Christ from Hinduism, and one man was a Hindu priest for 25 years.

There are also pockets of Hispanic people in the Oakville area.  Pastor Teddy Santiago is working with Canaan and the North American Mission Board to plant a Spanish speaking church there.

The church also networks with Illinois Baptists to support a church in Fairmount City, Ill., just across the Mississippi River to the east. Eighty-two percent of Fairmount City identifies as Hispanic.

Brother Winslow gets very excited when he talks about reaching people from the Congo, a nation in West Africa.  The church supports Grace Baptist Church and Pastor Freddy Lumande.  People from several African countries attend this Swahili speaking church.  Pastor Lumande spent seven years in a refugee camp in Burundi before coming to the U.S.

Winslow said they also are working with an Ethiopian congregation that meets at Fee Fee Baptist church, on the north side of the metro area.  There are also connections with a Japanese Baptist Church and a Chinese Baptist Church.

Truly the world is coming to St. Louis and Canaan and St. Louis area Baptists are engaging them.  Darrin Casper, association mission strategist for the St. Louis Metro Baptist Association said, “The population of Missouri is right at 6 million people.  The population of the St. Louis metropolitan area is just under 3 million, and the vast majority of our area is spiritually lost.  From the German, Dutch, Irish and Italian immigrants of the late 19th and 20th centuries, to the Bosnian, Afghanistan and African countries of the 21st centuries, St. Louis has long been the home to new neighbors