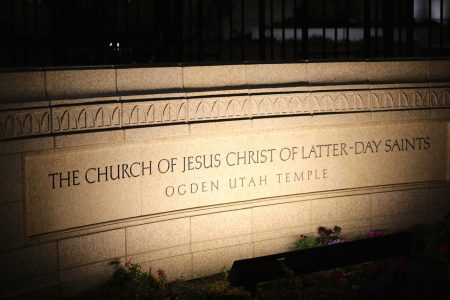 Do Christians and Mormons worship the same God? The question may irk our LDS friends, who insist that the Church of Jesus Christ of Latter-day Saints is the restored Church and therefore cannot be distinguished from orthodox Christianity. What’s more, some LDS leaders shrewdly blur the lines that separate Mormon beliefs from the biblical doctrines evangelicals affirm – sometimes with the help of evangelicals in the name of “dialogue.” A case in point: How Wide the Divide? – a book by … END_OF_DOCUMENT_TOKEN_TO_BE_REPLACED

WASHINGTON (BP) – In an address on a “new phase” in America’s war on terror, President Obama said committing acts of violence in the name of Allah represents a perversion of Islam. Presenting a televised speech from the Oval Office for just the second time in his presidency, according to the Associated Press, Obama called Muslims “to speak out against ... those interpretations of Islam that are incompatible with the values of religious tolerance, mutual respect and human dignity.” He … END_OF_DOCUMENT_TOKEN_TO_BE_REPLACED 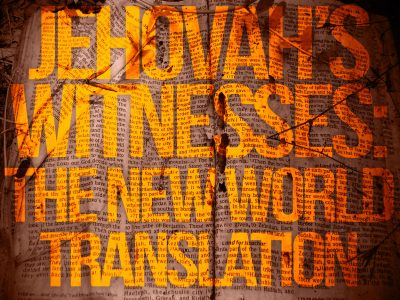 This is the last in a three-part series on Jehovah’s Witnesses Jehovah’s Witnesses regard The New World Translation of the Holy Scriptures as “an accurate, easy-to-read translation of the Bible” (jw.org). What many don’t realize is that four of the five men on the translation committee producing the complete 1961 edition had no Hebrew or Greek training whatsoever. The fifth, who claimed to know both languages, failed a simple Hebrew test while under oath in a Scottish court. What all … END_OF_DOCUMENT_TOKEN_TO_BE_REPLACED 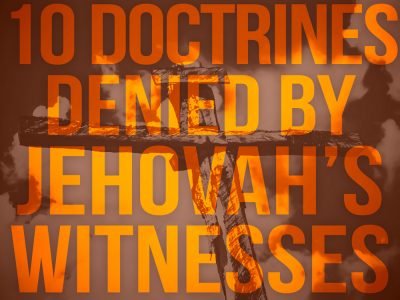 This is the second in a three-part series on Jehovah’s Witnesses. Read part one: Who are Jehovah's Witnesses. The Baptist Faith and Message, available as a free download from sbc.net, features a more complete treatment of Christian doctrines and includes multiple Scripture references. Our Jehovah’s Witness friends deny at least 10 key biblical doctrines. This is due in part to their reliance on The New World Translation of the Holy Scriptures, which we discuss in the next column. 1. The … END_OF_DOCUMENT_TOKEN_TO_BE_REPLACED 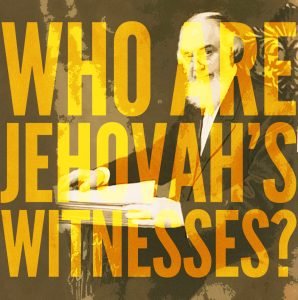 This is the first in a three-part series on Jehovah’s Witnesses They come to your door well-prepared, using familiar terms like Jesus, kingdom, and faith. Their smiling faces and leading questions make it easy to agree with them. You might even let them start a Bible study in your home. They are sincere, committed to their beliefs, and faithful in their endeavors. They are seeking the truth, believe they have found it, and are eager to share it with you. They are Jehovah’s Witnesses. … END_OF_DOCUMENT_TOKEN_TO_BE_REPLACED 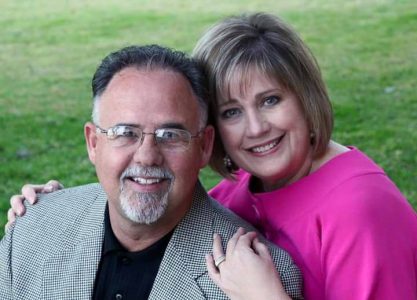 DETROIT, Mich. (BP) — Michigan Baptists will not waver in their efforts to spread the gospel throughout their state, even after The Satanic Temple (TST) has unveiled a bronze, 9-foot-tall statue of Baphomet in Detroit, says Tim Patterson, a Baptist leader in the state. “People have been worshipping Satan since Satan fell from heaven,” Patterson said. “I’m not worried about it, and Michigan Baptists should not be worried about it either. Our concern is what we’ve been called to do, and … END_OF_DOCUMENT_TOKEN_TO_BE_REPLACED 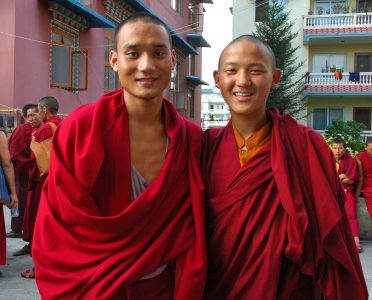 The world’s population stands at more than 7.1 billion people. According to Adherents.com, this number includes 1.5 billion Muslims, 1.1 billion nonreligious people, 900 million Hindus, nearly 400 million Buddhists, and millions of followers of other faiths. The website also reports there are 2.1 billion “Christians,” a broad category that includes Catholics and Protestants, Mormons and Jehovah’s Witnesses, and so-called “nominal” Christians.  If the exclusive claims of Jesus are true, … END_OF_DOCUMENT_TOKEN_TO_BE_REPLACED 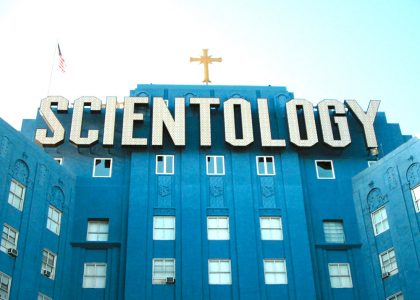 This is the last in a two-part series on Scientology. Some of Hollywood’s brightest stars are dedicated followers of the religion L. Ron Hubbard founded more than 60 years ago: Scientology. What do Tom Cruise, John Travolta and other Scientologists believe? Below is a brief comparison of key biblical teachings and the beliefs of the Church of Scientology. Note: The Baptist Faith and Message, available as a free download from sbc.net, features a fuller treatment of Christian doctrines … END_OF_DOCUMENT_TOKEN_TO_BE_REPLACED

A recent HBO documentary on the Church of Scientology has brought the religion L. Ron Hubbard founded 61 years ago back into the headlines. “Going Clear: Scientology and the Prison of Belief” profiles eight former Scientologists and is based on a book by Pulitzer Prize winner Lawrence Wright. The film highlights the church’s origins and traces its meteoric rise in popularity, largely through the embrace of A-list Hollywood celebrities. It also shines a light on how the church cultivates … END_OF_DOCUMENT_TOKEN_TO_BE_REPLACED 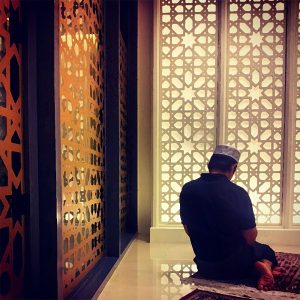 Sharing our faith with Muslims requires Christians to know at least something about the religion Muhammad established 14 centuries ago. Particularly enlightening are seven words that expose Islam’s view of the non-Muslim world and help us understand why Muhammad and his followers have consistently treated Christians with disdain. Kafir. A kafir is “one who covers or conceals the known truth; an unbeliever.” In other words, a kafir is any non-Muslim. Since kafirs reside outside the … END_OF_DOCUMENT_TOKEN_TO_BE_REPLACED 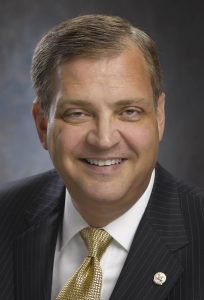 LOUISVILLE, Ky. – The Southern Baptist Convention with 15 million members is the largest Protestant denomination in the country. The Southern Baptist Theological Seminary in Louisville, Ky., is its oldest and arguably most influential seminary. Albert Mohler has been president at Southern Seminary for more than 20 years, but when he arrived there as a young man still in his 30s, he had a huge task before him. The seminary had taken a hard, left turn in liberalism, and his job was to do no … END_OF_DOCUMENT_TOKEN_TO_BE_REPLACED

This is the third in a four-part series on Roman Catholicism. To view the first two columns, click here.  Roman Catholics embrace at least seven doctrines that evangelical Christians reject as unbiblical. In the previous article, we explored five of these doctrines. This column examines two more. Sacramentalism The Bible reveals that salvation is a gift of God received by faith in Jesus Christ. The Christian partakes of baptism and the Lord’s Supper as acts of obedience, or … END_OF_DOCUMENT_TOKEN_TO_BE_REPLACED