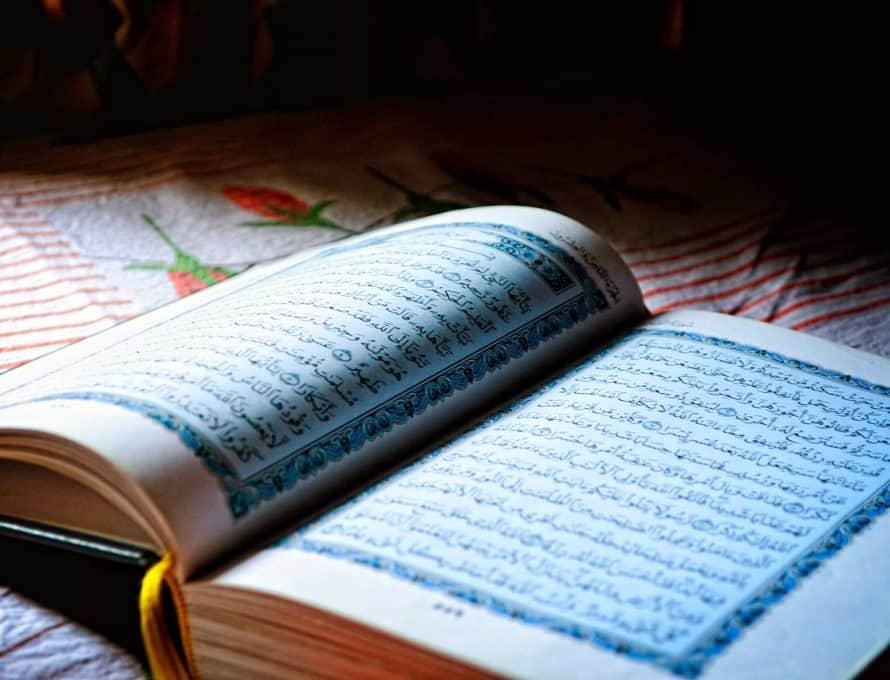 This is the second in a series of articles contrasting Allah and Yahweh:

Muslims and Christians agree that God is one but understand oneness differently.

The Islamic doctrine of tawhid, or absolute oneness, is more than strict monotheism. Tawhid celebrates Allah as singular, indivisible, and monolithic.

Muslims insist that Allah has no “partners.” To say that Jesus is the Son of God, or that God exists as a Trinity, is to commit the unpardonable sin of shirk.

But the Qur’an does not exclude the possibility of Allah existing in tri-unity, according to the late Christian apologist Nabeel Qureshi. Rather, Islam’s most holy book rails against polytheism – the worship of multiple gods.

Qureshi writes: “Throughout the Quran, Allah regularly says that there is only one God (e.g., 16.51; 47.19; 112.1), but always as a rejection of polytheism. The Quran never rejects the possibility of one God subsisting in three persons. The omission is noteworthy, as this had been the orthodox doctrine of Christianity for centuries before Muhammad and the advent of the Quran.”

Qureshi notes that from his childhood in a Muslim home, he was taught that the doctrine of the Trinity is too complex, or even self-contradictory. But if God is the Creator of the universe – which is vast, complex, and barely explored – who are we to insist that the Creator be simpler, or easier to understand, than all He has made?

The Muslim doctrine of tawhid does not resolve the complexity of God. Quite the contrary, it creates its own set of challenges. According to tawhid, God is absolutely one. This means that in eternity past, before he created anything, Allah was alone. It was not until he chose to create the universe that Allah had anything, or anyone, with whom to relate.

This presents an enormous theological problem for Islam, which teaches that Allah is ar-Rahman and ar-Raheem, the Gracious and the Merciful. These qualities imply that Allah is relational in the way he interacts with his creatures.

So, in order for Allah to actually be gracious and merciful, he first has to create an object of his grace and mercy. Put another way, Allah’s attributes are contingent upon creation.

Allah may act graciously toward certain people, but he cannot be eternally gracious by nature, only by acts of the will.

On the other hand, the doctrine of the Trinity teaches that the three persons of the Godhead have always existed, agreed in purpose, and loved one another with a selfless love. Unlike Allah, Yahweh does not merely love; He is love. He does not merely extend mercy; He is merciful.

His grace and mercy are not contingent on creation because they are expressions of His eternal nature.

As Qureshi puts it, “Because of tawhid, Allah depends on mankind in order to be Allah. Because of his triune nature, Yahweh is truly independent and self-sufficient. So the simplicity of tawhid proves to be a fatal flaw for orthodox Islam … it makes Allah contingent upon his creation.”

Hebrew Scriptures and the Trinity

While most arguments for the Trinity are grounded in the New Testament, God begins revealing His triune nature in the first verse of the Bible. Gen. 1:1 reads, “In the beginning God created the heavens and the earth.” The word translated “God” is Elohim, a plural word the verse treats as a singular noun. So, in some way the Creator is both singular and plural – a launching pad for further Old Testament exploration, from Gen. 1:26 to Isa. 48:12-16, and many passages in between.

Even the most important Scripture for considering Jewish monotheism hints at unity among distinct persons. The shema, Deut. 6:4, reads, “Hear, O Israel: The Lord our God, the Lord is one” (NIV). The word for “one” is echad, and this is often the word the Old Testament uses to refer to a composite unity – for example, the evening and morning make one day (Gen. 1:5), and a cluster of grapes is an echad, since one cluster is composed of many grapes (Num. 13:23).

There is a crucial difference between the monolithic oneness of Allah and the triune oneness of Yahweh. Only Yahweh is eternally loving and relational. His attributes are not contingent on creation. And He creates people with a God-like capacity for personality, selfless love, and relationships.

Next: A simple start to understanding the Trinity.