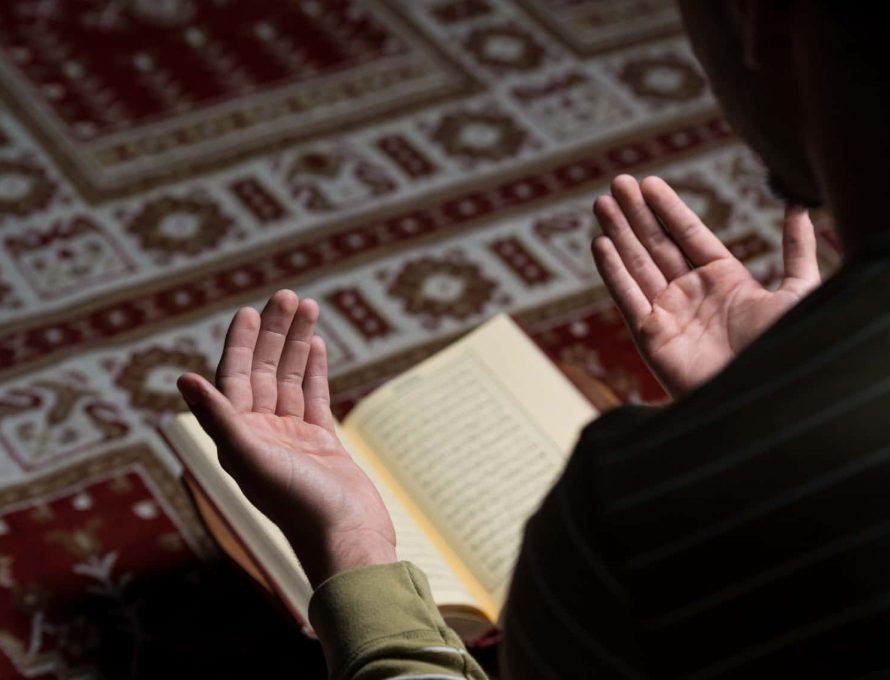 Christians and Muslims agree that God is one. Christians believe in a triune God: one being in three persons. But Islam’s understanding of Allah as a monad – monolithic and non-relational – creates two significant challenges to a consistent doctrine of God in Islamic theology.

These issues, particularly the first one, prompted the Minha, an Islamic inquisition in the 9th century.

Al-Mamun became caliph in AD 813, nearly 200 years after Muhammad’s death. In AD 827, he declared the Qur’an to be a created book, which ignited a firestorm of controversy among Muslim scholars. A little background may help.

The doctrine of tawhid teaches that Allah is absolutely one – indivisible, singular, without partners. He also is eternal, without beginning or end. At the same time, most Muslims believe the Qur’an is the eternal, uncreated word of Allah. How can both be eternal without undermining the doctrine of tawhid?

Some Muslim scholars in al-Mamun’s day offered a solution: Since Allah is eternal and unchanging, he cannot have attributes that exist outside of his essence, or who he is. Therefore, the existence of other eternal entities, like the Qur’an, is an affront to Muslim theologians committed to tawhid, the absolutely unity of God.

Other Muslim theologians bristled at this notion, holding to the traditional belief in the eternal existence of both Allah and the Qur’an.

On one side of the dispute were those who declared there is mystery, but no controversy, when it comes to the eternal nature both of Allah and the Qur’an.

On the other side were those who cited historical events in the Qur’an. “How could events in the life of Muhammad, like the Battle of Badr, be part of Allah’s eternal speech?” they asked. Further, they quoted 43.2 of the Qur’an, in which Allah says, “We have made it an Arabic Qur’an.” If the Qur’an was made, how could it be eternal?

At last, Al-Mamun proclaimed, “He who does not confess that the Qur’an is created has no belief in tawhid.”

Over the next 15 years, spanning the reign of three caliphs, Muslim scholars in major cities who believed in the eternality of the Qur’an were interrogated, flogged, or threatened with execution. At least one was beheaded.

The Islamic inquisition came to an end, but the debate rages on. According to Nabeel Qureshi, who describes the Minha in No God But One, “the average Muslim today believes that the Qur’an is eternal despite the problem this creates for tawhid.”

How can the Qur’an be eternal without challenging the absolute unity of Allah? The answer, explains Qureshi, is bila kayf, or “without how.” There is no rational resolution.

Christians today can appreciate this doctrinal struggle. Throughout the early centuries of the church, theologians carried on vigorous debates about the full humanity and full deity of Christ, the doctrine of the Trinity, and the recognition of the New Testament canon.

The Islamic inquisition illustrates that Muslims, like people of other faiths, have doctrinal differences and do not universally carry out their beliefs in the same way. Sunnis, Shi’ites, Sufis and other sects of Islam have distinctive doctrines and ceremonies.

Even so, Qureshi believes the doctrine of tawhid “proves to be a fatal flaw for orthodox Islam on two accounts: its inability to explain the eternal Qur’an, and the consequence that it makes Allah dependent upon his creation. Far from being self-contradictory, the complexity of the Trinity is what makes him logically consistent and self-sufficient.”

This is the fourth in a series of articles contrasting Allah and Yahweh. Next: Three personal questions about God.