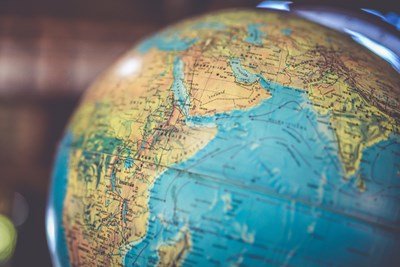 WASHINGTON (BP) — The Trump administration’s first designation of the world’s worst violators of religious freedom received the same evaluation as the last list under President Obama — good but not good enough.

Religious liberty advocates had hoped the State Department would add other countries to the CPC list, which is required by federal law. The measure calls for the designation of countries that commit or tolerate “systematic, ongoing, and egregious violations of religious freedom.”The State Department announced Thursday (Jan. 4) the re-designation of the same “countries of particular concern” (CPCs) announced in April 2016 by the Obama administration. In a Dec. 22 action, Secretary of State Rex Tillerson kept Burma, China, Eritrea, Iran, North Korea, Sudan, Saudi Arabia, Tajikistan, Turkmenistan and Uzbekistan on the list, according to a department spokesperson.

The U.S. Commission on International Religious Freedom (USCIRF) — a bipartisan panel that monitors religious liberty overseas — had urged the State Department in April to re-designate the 10 CPC members of 2016 but recommended it add six governments to the list: Central African Republic, Nigeria, Pakistan, Russia, Syria and Vietnam.

“Although USCIRF agrees with the 10 countries on the State Department’s list, it does not go far enough,” said USCIRF Chairman Daniel Mark in a written statement.

The refusal to include Vietnam, a communist country in Southeast Asia, is “a significant omission,” Smith said in a written release.

Vietnam “is a place where a prioritization of religious freedom could produce results as it did in the past when the Bush Administration designated Vietnam as a CPC [from 2004 to 2006],” Smith said. “The Communist Party of Vietnam has reached out to the [Trump] Administration, seeking economic and security incentives. The Administration should condition assistance on improvements in religious freedom and related human rights in Vietnam.”

Mark said, “Pakistan continues to harass its religious minorities, has state-sanctioned discrimination against groups such as the Ahmadis, and tolerates extra-judicial violence in the guise of opposing blasphemy. Given the strong stance that President Trump has taken on Pakistan recently, the failure to designate Pakistan as a CPC this year comes as a surprise and disappointment.”

Pakistan — a Central Asian country that is 95 percent Muslim — received a measure of censure from Tillerson, who named the country as the only member of a new “special watch list” established in a 2016 law. The list is for governments that participate in or permit severe violations of religious liberty that may not rise to the level of CPC status.

In a separate action on the same day, the Trump administration cut off security assistance to Pakistan for its failure to address terrorist groups in the country.

Smith and another religious freedom champion in Congress — Sen. James Lankford, R-Okla. — used the release of the CPC list as an opportunity to urge confirmation of Kansas Gov. Sam Brownback as ambassador-at-large for international religious freedom. Trump’s nomination of Brownback, a strong religious liberty advocate during his 17 years in Congress, languished in the Senate during the president’s first year in office, and he must be re-nominated this year to gain approval for the post.

The CPC announcement is “further proof why we need a strong diplomatic advocate in the State Department working to protect and advance religious freedom abroad,” said Lankford, who called on the Senate to confirm Brownback “without delay.”

The Trump administration “should use all the tools available to protect this fundamental freedom, including by pushing the Senate to finally confirm” Brownback, Smith said. “[T]he post has been vacant for too long.”

“This ambassadorship is a key piece in our nation’s responsibility to act on behalf of the persecuted around the world, one that requires a seasoned, respected leader who brings conviction and gravity to the work of this crucial post,” Moore said. “Governor Brownback is exactly this kind of leader.”

The use of sanctions and other diplomatic tools in the defense of religious liberty “should be a critical priority, because protecting this fundamental freedom advances both American principles and interests,” Smith said. “It is no coincidence that countries and extremist groups that seek to harm Americans and tear down the structures of democratic societies are those with the worst records of protecting Christians and religious minorities.”

So far, Tillerson has declined to name any groups as “entities of particular concern” (EPCs), a category created by law in 2016 for non-state organizations that use violence against people of faith. In April, USCIRF urged the designation of three Muslim terrorist groups — the Islamic State of Iraq and Syria (ISIS), the Taliban in Afghanistan and al-Shabaab in Somalia — as EPCs.

Most of the CPCs on the latest list have been longtime members. Burma, China, Iran and Sudan have been on the list since the first CPCs were named in 1999. The State Department added North Korea in 2001.

USCIRF — which is made up of nine commissioners selected by the president and congressional leaders — tracks the status of religious liberty worldwide and issues reports to Congress, the president and the State Department.