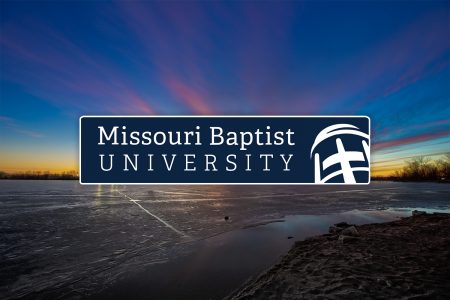 ST. LOUIS – Missouri Baptist University (MBU) trustees approved an institutional consultant to examine the school’s mission and approved revised bylaws during their May 23 meeting here. The Missouri Baptist Convention and has requested its entities bring their governing documents in line with the convention’s. Over the past several years, the various entities have been at different stages of that process. May 23, trustees at MBU worked through the updates for the school’s articles of … END_OF_DOCUMENT_TOKEN_TO_BE_REPLACED 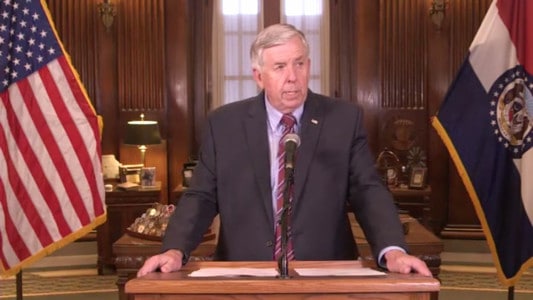 Licensing battle may mean zero abortion clinics in Missouri JEFFERSON CITY – Gov. Mike Parson called for Planned Parenthood to comply with state law as the lone abortion provider in the state is asking for a restraining order that would keep its license from expiring at the end of the month. If it expires, Missouri will become the first state since 1974 ­– the year after Roe v. Wade was decided – with no licensed abortion facilities. Attorneys for Planned Parenthood are expected argue … END_OF_DOCUMENT_TOKEN_TO_BE_REPLACED 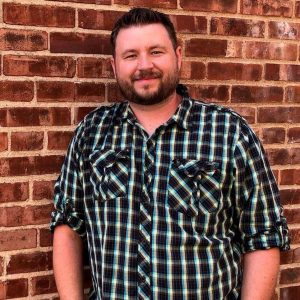 HATTON – Wil Hoffmann is interested in Mormons. It has been a lifelong fascination for the central Missouri pastor. Formally known as the Church of Jesus Christ of Latter-day Saints (LDS), the Salt Lake City-based church is one of the fastest growing religious groups in the world. The LDS Church is particularly dominant in Utah, where early church pioneers migrated by wagon train in the 1840s, fleeing persecution in Missouri and Illinois.  Hoffman, pastor of Rising Sun Baptist Church, … END_OF_DOCUMENT_TOKEN_TO_BE_REPLACED 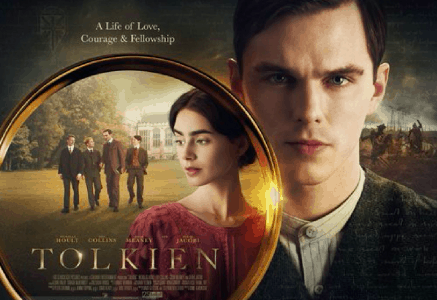 When it comes to fiction, few authors can stir Christians’ (and non-Christians’) imagination like J.R.R. Tolkien. His Lord of the Rings (LOTR) books are rightfully 20th-century classics. While there is zero doubt Tolkien’s deep faith influenced his work – you can’t ignore the themes of temptation, sin, redemption and sacrifice in LOTR – I’ve always appreciated that his writings were substantially subtler than that of his contemporary and friend, C.S. Lewis. Where Lewis’s symbols were … END_OF_DOCUMENT_TOKEN_TO_BE_REPLACED 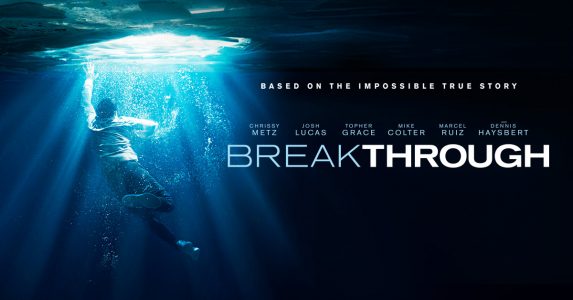 ST. PETERS – I’m a sucker for a true story. “Breakthrough,” the latest faith-based movie to hit theaters, is worth your time and attention precisely because it is the story of a true miracle. The fact that some of the setting will feel familiar to you is a bonus. It’s based on the real-life case of John Smith, a 15-year-old boy from St. Peters, Mo. who fell through the ice on a frozen lake in 2015. He was submerged for nearly 15 minutes before paramedics found him and pulled him from the … END_OF_DOCUMENT_TOKEN_TO_BE_REPLACED 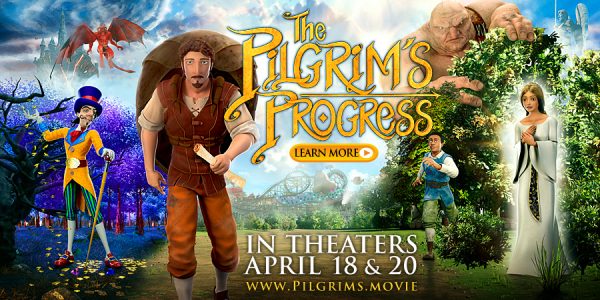 When my dad was a little boy, his favorite bedtime story was John Bunyan’s The Pilgrim’s Progress. I’m told he would gasp and cheer as my grandmother read each chapter of the second most-read book of all time (The Bible still holds the top spot). He was riveted by the tale of Christian, his heavy burden, and his journey along the Narrow Way from the City of Destruction to the Celestial City. All while the ultimate enemy tries everything in his power to distract him. But even though I’ve … END_OF_DOCUMENT_TOKEN_TO_BE_REPLACED 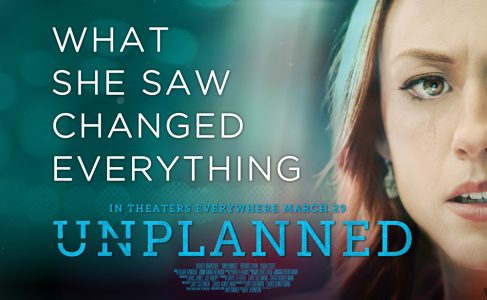 “Unplanned” is not particularly enjoyable. That’s not the point, however. It’s the true story of Abby Johnson, a pro-life activist who used to be one of the youngest Planned Parenthood clinic directors in the nation. Over a span of eight years, she was involved in 22,000 abortions and counseled countless women on their “reproductive choices.” In advocating for abortion, Johnson believed she truly was helping women and herself. She and her colleagues were “doing God’s work.” Her … END_OF_DOCUMENT_TOKEN_TO_BE_REPLACED

PLEASANT HILL – In Exodus 16, God fed the Israelites with bread from heaven. He fed them with manna. In Northwestern Cass County, Manna Fellowship Church feeds the needy with the love of Christ—and some food. Manna Fellowship’s food pantry, located in northwestern Cass County serves roughly 400 people monthly. The pantry is not located on church grounds. Lead pastor Rick Friesen says that sixteen percent of the population in Belton live below the poverty line. It is located where it is … END_OF_DOCUMENT_TOKEN_TO_BE_REPLACED 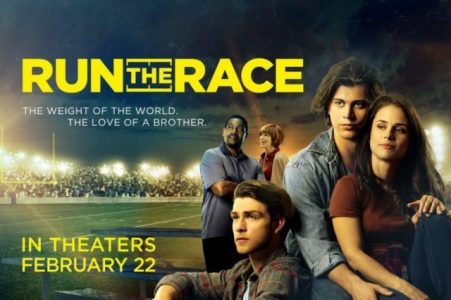 I’ll get straight to the point. “Run the Race” is probably the best Christian movie I’ve ever seen. Is it really better than “I Can Only Imagine,” a movie which represented a huge artistic leap forward in the genre? Yes. Yes, it is. It’s hard to describe how happy it makes me to say that. Don’t be put off if you watch the trailer on YouTube and aren’t impressed. It’s far better than the trailer or its generic-looking poster. This is a good movie, and one you and your family will enjoy. … END_OF_DOCUMENT_TOKEN_TO_BE_REPLACED

EDITOR'S NOTE: The following article was released, Feb. 13, by the Missouri Baptist Children's Home, an entity of the Missouri Baptist Convention, in response to the Houston Chronicle's recent report on sexual abuse among Southern Baptists. ST. LOUIS (MBCH) – The Houston Chronicle recently released part 1 of a 3-part series on sexual misconduct by Southern Baptist pastors, deacons, Sunday school teachers and volunteers. It is a sobering and extremely concerning report that the very … END_OF_DOCUMENT_TOKEN_TO_BE_REPLACED 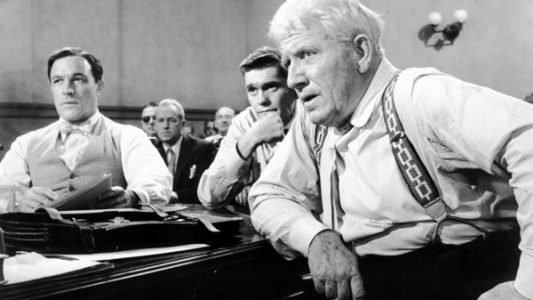 Movies can be a great tool for instruction, but they also have a tremendous ability to throw a monkey wrench into the complex workings of history and honest debate when drama is taken for reality. Such is the case with 1960’s “Inherit the Wind,” a story which is based on but bears only a passing resemblance to the famed “Scopes Monkey Trial.” (Click for further background of the trial and its legacy for the SBC.) In his book, Summer for the Gods: The Scopes Trial and America’s Continuing … END_OF_DOCUMENT_TOKEN_TO_BE_REPLACED 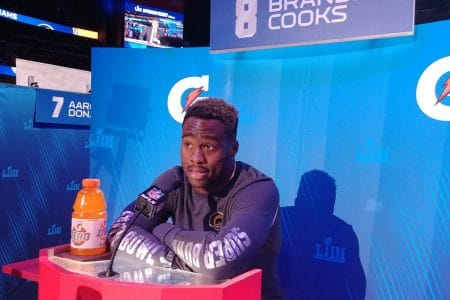 ATLANTA (BP) - For Los Angeles Rams wide receiver Brandin Cooks, Sunday's Super Bowl is an opportunity for redemption. Cooks was part of the New England Patriots in last year's Super Bowl but left the game prematurely in the second quarter with a concussion. He never returned to the game, which the Patriots lost 41-33 to the Philadelphia Eagles. After an offseason trade that sent him to the Rams, Cooks is thankful for another Super Bowl appearance. "I've asked God to redeem me since … END_OF_DOCUMENT_TOKEN_TO_BE_REPLACED