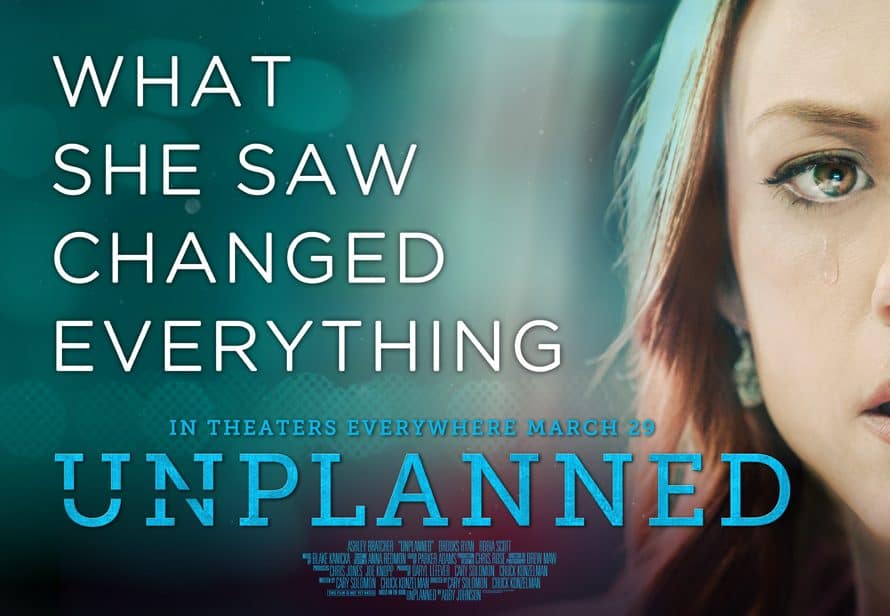 “Unplanned” is not particularly enjoyable.

That’s not the point, however. It’s the true story of Abby Johnson, a pro-life activist who used to be one of the youngest Planned Parenthood clinic directors in the nation. Over a span of eight years, she was involved in 22,000 abortions and counseled countless women on their “reproductive choices.” In advocating for abortion, Johnson believed she truly was helping women and herself. She and her colleagues were “doing God’s work.”

Her career-trajectory changed, however, the day she was called in to assist an abortionist by holding the ultrasound wand. It was something Johnson had never seen, despite having two abortions herself.

This early scene shows – as tastefully as possible – an ultrasound image of an unborn baby squirming away from the vacuum tube. “They always do that,” the doctor deadpans. Actually, let’s not give him the dignity of the title, “doctor.” After a few seconds, the… abortionist corners the baby in the womb and applies the suction. Johnson described that moment in her memoir, upon which the movie is based: “For the briefest moment, the baby looked as if it were being wrung like a dishcloth, twirled and squeezed. And then it crumpled and began disappearing into the cannula before my eyes. The last thing I saw was the tiny, perfectly formed backbone sucked into the tube, and then it was gone.” It’s not the blood and guts of a war or horror film, but it affected me in a much more visceral way. I had to pause my screener multiple times and finally stop and take a walk. Later we see a flashback to Abby’s abortion-by-pill. It’s less disturbing, but only slightly so. Again, I had to pause and take a few breaks. Frankly, I’m glad I didn’t have to see those scenes on the big screen. You won’t get that luxury in the movie theater.

There’s been some controversy over the movie’s R rating. There is zero language, no sexual content, and no violence. “Unplanned” is not ultra-graphic in its depiction of abortion, at least not in a traditional, cinematic sense. Still, the “procedure” is a brutal thing to behold. Some say that movies with far more explicit gore get PG-13 ratings. That may be true. There’s nothing too inappropriate for teens, though as I mentioned, it has some truly brutal and unpleasant moments that will prompt some frank conversations on the ride home. It certainly isn’t a popcorn flick or a date movie.

Is this pro-life propaganda? Some are certainly saying that. One character in particular – Johnson’s first Planned Parenthood boss ­– veers a little into cartoonish villain territory, and I’m not sure it’ll convert a pro-abortion viewer into a pro-lifer. Maybe I’m wrong. Ashley Bratcher, who plays Johnson, tweeted that “I too, just one year ago, was more pro-choice than I am today.” It was during filming that “I was truly convinced how wrong I had been. That’s the power of film.” “Unplanned” rises above the charge of propaganda, I think, by honestly showing why Johnson previously sought out her abortions and how her thought process very slowly evolved on how best to care for women facing an unplanned pregnancy. Bratcher did an excellent job in a difficult role that runs the gamut of emotions and challenges. Maybe it’s because her journey was mirroring Johnson’s.

Ultimately, her story is proof that God can take the tragic ashes of our lives and use them for His purpose. After she witnessed that abortion procedure and left Planned Parenthood, Johnson became a tireless advocate for life. Her organization, “And Then There Were None,” has now helped more than 500 workers transition out of the abortion industry.

Another benefit is the contrast we see between Planned Parenthood protestors who scream at and insult women and those who offer love and compassion to women who need it. Some of the latter include the people of 40 Days for Life, who are featured in the movie. They draw attention to the evil of abortion through the use of a three-point program of prayer and fasting, constant vigil, and community outreach.

Using Johnson’s true experience, “Unplanned” is a tool that can jolt someone out of a comfortable and casual abortion-is-bad attitude to a pro-life warrior who takes active steps to save unborn children fearfully and wonderfully made in God’s image.