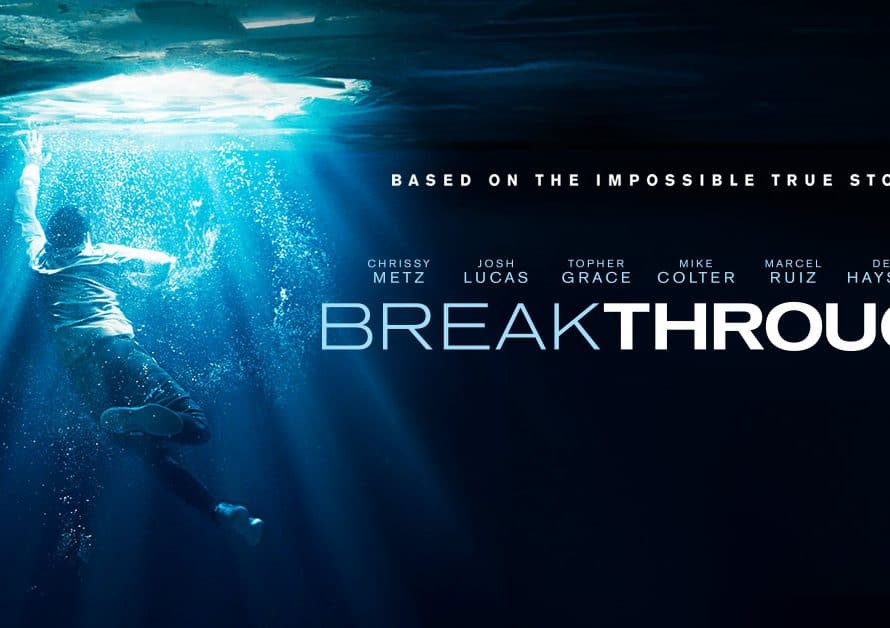 “Breakthrough,” the latest faith-based movie to hit theaters, is worth your time and attention precisely because it is the story of a true miracle. The fact that some of the setting will feel familiar to you is a bonus.

It’s based on the real-life case of John Smith, a 15-year-old boy from St. Peters, Mo. who fell through the ice on a frozen lake in 2015. He was submerged for nearly 15 minutes before paramedics found him and pulled him from the icy water. At the hospital, doctors were ready to pronounce him dead after 43 minutes of CPR and no signs of life. When Smith’s mother arrived and began praying for him, the doctor found a pulse. He later wrote in his notes, “Patient dead. Mother prayed. Patient came back to life.”

Smith remained in an induced coma for several days, with doctors warning his parents that there would be severe brain damage, and that they should prepare for the worst. In reality, he awoke a few days later with zero lasting effects.

If it seems like I’m spoiling anything, I’m not. Yes, the fact that John is alive and walking today is nothing short of a miracle, but the most interesting part of the movie is how John’s parents and church deal with the accident. John’s father (played by Josh Lucas) is shaken by the ordeal, unable to even enter his son’s hospital room. He believes God can heal his son, but he doesn’t see that happening. John’s mother (Crissy Metz, of “This is Us” fame) never doubts for a second that God will restore the boy to life, and lashes out when anyone dares suggest otherwise, including her husband. Then there’s the family’s pastor, Jason Noble (Topher Grace, of “That 70s Show”), who is still the pastor of First Assembly Church in St. Peters. Just a few months into the job, he’s caught between a desire to walk alongside his church members through dark valleys and the resentment that came from changing up things at church (and a haircut that John’s mom sees as unbefitting of a church leader…as petty as her criticisms are, the haircut is ridiculous). It’s watching these people interact that is the truly interesting.

Stories about death or near-death experiences are interesting theological territory. Thankfully, “Breakthrough” doesn’t try to argue that John visited Heaven or that God is obligated to dole out miracles if we just pray hard enough (though this is definitely John’s mother’s position at the beginning). Later, a non-believing paramedic wonders why he was the one God used to find the boy, and one of John’s teachers asks why God would heal him, but not her husband. It was refreshing to hear John say, “I don’t know.”

From an entertainment standpoint, it’s not my favorite movie of the year, but it was better than I was expecting. Viewers in the St. Louis area will appreciate references to Cardinal Glennon Hospital, familiar skylines, ambulances from the Wentzville Fire Department, and background chatter of classmates planning to visit the Fox Theatre.

“Breakthrough” opened in theaters April 17 and is rated PG. There is no violence or sexuality, though the image of the drowned boy can be disturbing to younger viewers. Language is minimal, and parents admonish its use. ν