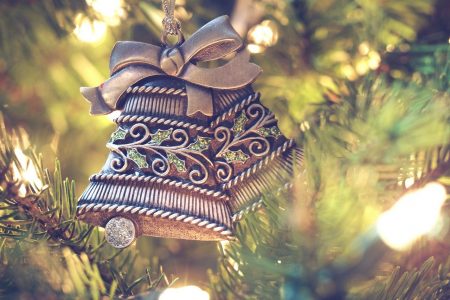 SIKESTON – In this COVID-19 era, the annual Christmas show, to borrow the maxim, must go on. First Baptist Pastor Mathew Vroman said the church normally does a Christmas program, but the real and perceived threats of the coronavirus seemed to curtail it. “I told them I could write a play. I wanted to write something quality, funny and relevant. There are three audiences: those who are not saved, but know something of the Bible; those not saved who know nothing of the Bible or God, and the … END_OF_DOCUMENT_TOKEN_TO_BE_REPLACED 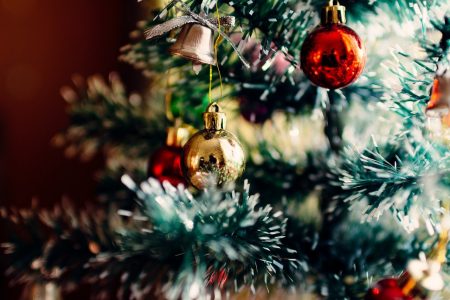 DESLOGE – The Upward Sports leagues sponsored by First Baptist, Desloge, stepped up to help the Missouri Baptist Children’s Home this Christmas. Upward Sports is a youth sports program with the purpose of promoting Jesus through sports. They offer programs in basketball, baseball, cheerleading, soccer and flag football. For FBC, Desloge, the league had 270 athletes from kindergarten to sixth grade who played eight weeks of games in a 12-week league The Desloge had basketball and … END_OF_DOCUMENT_TOKEN_TO_BE_REPLACED 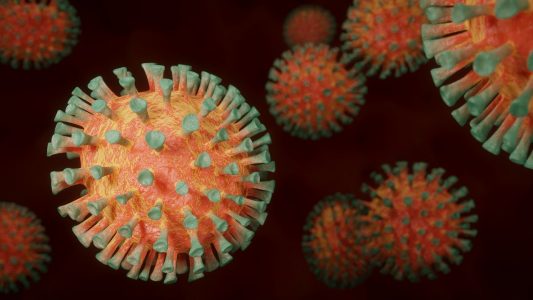 STRASBURG – God is able to do what He wants in his time, even if a worldwide pandemic is occurring. Take Strasburg Baptist Church here, for example. Pastor Stephan Albin has seen an increase in attendance since May, when the church reopened after COVID-19 precautions. “We’ve averaged about 100 and have a lot of young families. We started a revitalization program three-and-a-half years ago. I was bi-vocational for two years, and then in February I became full-time,” Albin said. The … END_OF_DOCUMENT_TOKEN_TO_BE_REPLACED 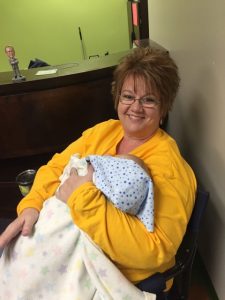 ST. CHARLES – For several years, Missouri Baptist Disaster Relief has handled the annual meeting childcare. This year, 2020, was the same in several respects: Steele, the 10-year old Labra-doodle dog was present; Disaster Relief staff brought toys, crafts, hands-on activities and clever games. There was one significant difference this year over last year: COVID-19 precautions. "We had 24 children on Monday. That’s less than we’ve had in the past. Last year, we had almost 50 children,” said … END_OF_DOCUMENT_TOKEN_TO_BE_REPLACED 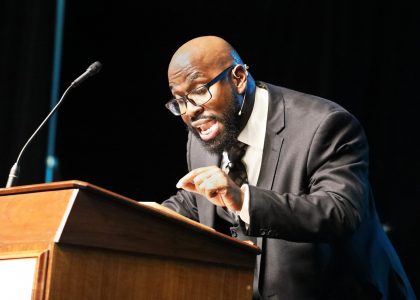 ST. CHARLES – Michael Byrd, in an energetic message, asked Missouri Baptist Convention annual meeting attendees if they knew Jesus. Preaching from Colossians 1:13-23, Faith Community Bible Church Pastor Byrd challenged the people to understand Jesus is more than a name. “Genuinely converted, blood-bought believers know Jesus accomplished the goals God put before Him. The blood-bought believers are those who have given their heart to Jesus,” Byrd said. In his text, Byrd noted that Jesus … END_OF_DOCUMENT_TOKEN_TO_BE_REPLACED 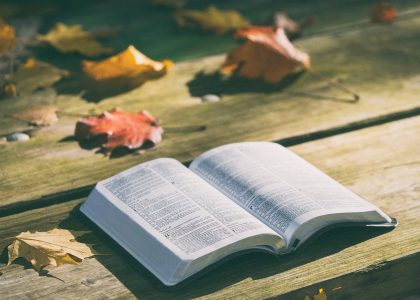 NEW BLOOMFIELD – When January rolls around, Lewis Curtis will turn 90. Curtis is the current pastor of Dry Fork Baptist Church. “I was ordained Dec. 11, 1953, but I had started preaching the summer before that,” Curtis said. Dry Fork is his 11th pastorate. “I was going to retire, and Dry Fork called. Ten years later, I’m still there,” he said. “This is a wonderful church. They are so good to me and my wife of 69 years, Dorlas.” Through the years, he has led at least four churches in … END_OF_DOCUMENT_TOKEN_TO_BE_REPLACED 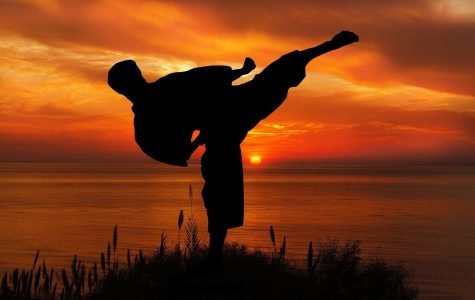 CAPE GIRARDEAU – A Christian karate class started more than a dozen years ago teaches students to defend themselves physically and spiritually. “It was started 13 or 14 years ago by Eric Welch, who wanted to give lessons of self-defense for children between the ages of five and 17,” said Elizabeth Perkins, one of the primary black belt instructors. The lessons are offered without charge on Mondays and Thursdays at Church of the Rescued and Redeemed, but Bible study is a required aspect of … END_OF_DOCUMENT_TOKEN_TO_BE_REPLACED 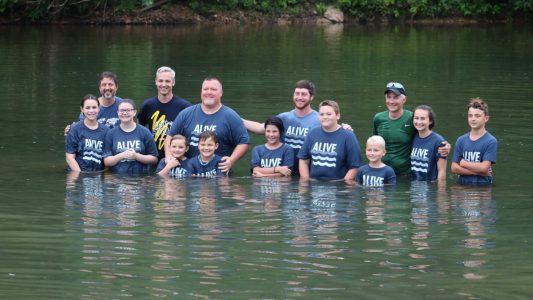 WEST PLAINS – Ten people of various ages were baptized in the North Fork River Aug. 30, near the Hammonds Recreation Center. This was a rescheduled “first Sunday Baptism” of the church after coronavirus concerns. “Some of these were baptized after evangelistic efforts. Some made professions at Vacation Bible School. Some of them were family (saved) after Vacation Bible School, and one was from a profession at camp,” said First Baptist Senior Pastor John King. King said most first Sunday … END_OF_DOCUMENT_TOKEN_TO_BE_REPLACED 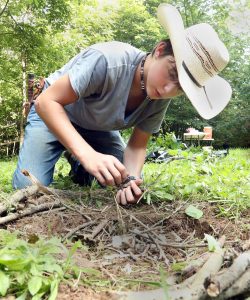 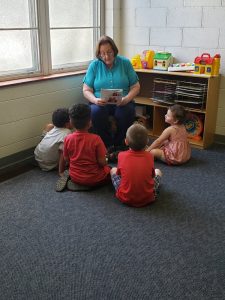 SPRINGFIELD – For over six decades, Grant Avenue Baptist has offered parents and guardians a place where children could be tended. That option ended Friday, Aug. 21. “I’m quite sure it is the oldest church-run daycare in the state. I know it is the oldest daycare in Springfield,” said Janice Sartin, a teacher in the daycare for three years and the director for the last 47 years. Funding, the need for upgraded facilities, and just being ready to retire are reasons Sartin has given for the … END_OF_DOCUMENT_TOKEN_TO_BE_REPLACED 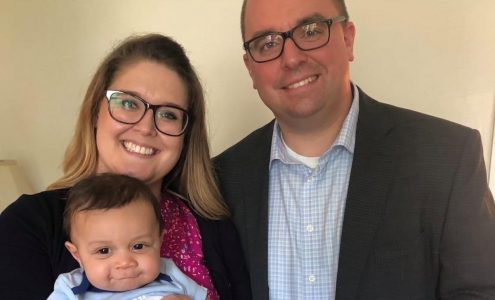 ST. LOUIS – Matthew and Leslie Creath know firsthand that following Christ may lead to foster care and adoption. “Before Leslie and I married ten years ago, we talked about adoption and foster care,” Matthew said. “We always thought that was something we’d be interested in.” They lived in Springfield and were licensed foster parents through the Missouri Baptist Children’s Home (MBCH). Then they moved to St. Louis. “Our first foster child was five months old and weighed eight pounds. He … END_OF_DOCUMENT_TOKEN_TO_BE_REPLACED 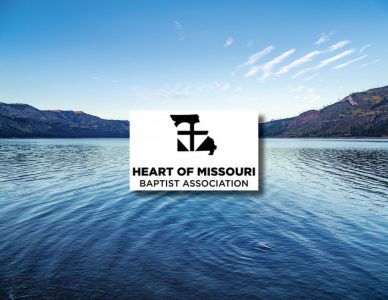 KINGDOM CITY – Romans 8:28 says all things work for the good to those who love God and are called according to his purposes. Consider the planned mergers of two central Missouri associations – Grand Crossings and Mid-Missouri – and what has happened since the virtual pandemic shutdown. “I’m Director of Missions for the Grand Crossing Association. Dr. Larry Lewis (former DOM) of Mid-Missouri Baptist Association (a.k.a Little Bonne Femme Baptist Association) kicked around a merger for … END_OF_DOCUMENT_TOKEN_TO_BE_REPLACED