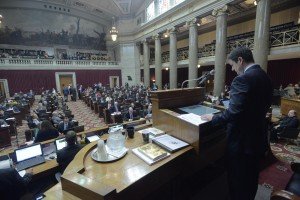 JEFFERSON CITY – Church child care ministries will no longer be exempt from government regulations if a bill filed by Rep. Jeremy LaFaver, D-Waldo, becomes state law. “House Bill 493 is a threat to religious liberties,” said Kerry Messer, lobbyist for Missouri Baptist Convention’s Christian Life Commission. The question of licensing such ministries has been a recurrent effort in the Missouri General Assembly, but Messer calls HB 493 “the most direct frontal assault on church child care … END_OF_DOCUMENT_TOKEN_TO_BE_REPLACED 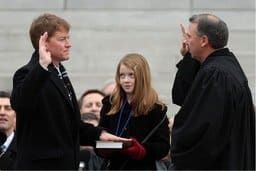 JEFFERSON CITY — Missouri Attorney General Chris Koster has yet to announce his decision on whether he will order an appeal of a U.S. District Court decision that struck down Senate Bill 749, which has been affirmed by many Christians in Missouri as non-negotiable in the fight to protect religious liberty. Koster has until April 12 to decide, the Associated Press reported. At stake is the status of a new law that is designed to protect the religious liberty of Missouri citizens who do not … END_OF_DOCUMENT_TOKEN_TO_BE_REPLACED 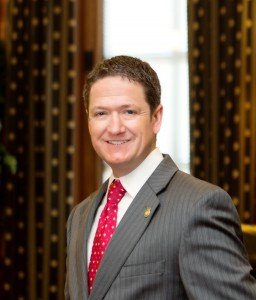 JEFFERSON CITY–The rights of parents and health care workers are being addressed in bills recently filed with the Missouri General Assembly. Speaker of the House Timothy Jones, R-Eureka, is sponsoring House Bill 457 (HB 457), which seeks to protect the conscience rights of health care workers who decline to participate in medical procedures or research that violates their consciences. Jones is joined by 57 other representatives in sponsorship of the bill. “The bill protects employees in … END_OF_DOCUMENT_TOKEN_TO_BE_REPLACED 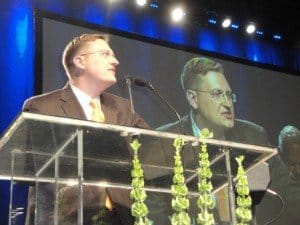 JEFFERSON CITY – A Missouri-based plumbing products manufacturer, whose lead legal counsel is a Missouri Baptist layman, has won the opening legal battle over whether the company must comply with the ObamaCare mandate and provide abortion-inducing drugs in its health care coverage to its employees, even though it violates the conscience of the company’s owners. Kansas City-based Sioux Chief Manufacturing Co., does not have to immediately comply with the ObamaCare mandate until the 8th U.S. … END_OF_DOCUMENT_TOKEN_TO_BE_REPLACED

UNION — After filing suit against the Franklin County Commission last summer for declaring that prayers offered before meetings instituted a government-forced religion, the American Civil Liberties Union (ACLU) has now withdrawn legal action to stop these invocations. “I think it is good they dropped the lawsuit,” said Jim Plymale, director of missions for the Franklin County Baptist Association. “Now there will be no further legal expenses or clouds over the County Commission in this … END_OF_DOCUMENT_TOKEN_TO_BE_REPLACED