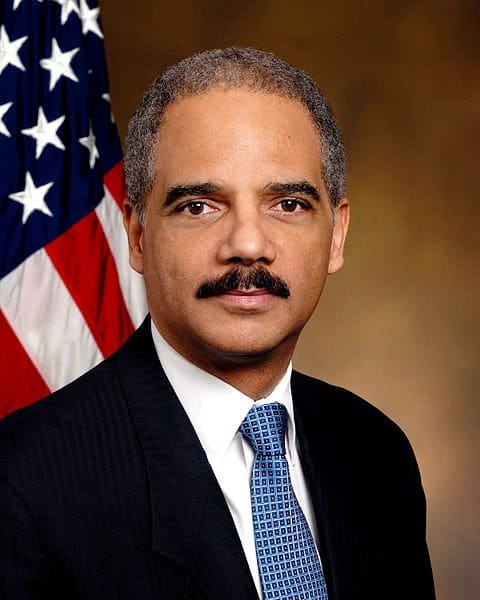 WASHINGTON (BP) – The U.S. Justice Department’s new, wide-ranging policies supporting same-sex marriages even in states where such unions are illegal came as no shock, but will hamper states’ efforts to govern on the issue, says a Southern Baptist public policy expert.

Attorney General Eric Holder’s Feb. 10 memorandum officially announcing the changes marked the latest in a series of actions by the Obama administration to extend federal benefits to people in legally recognized same-sex marriages. The policy shifts followed the Supreme Court’s June invalidation of a section of the Defense of Marriage Act that defined marriage as only between a man and a woman. The court ruling enabled same-sex couples to gain access to benefits previously limited to heterosexual, married couples.

In a first, the new memorandum formally notified Justice Department employees “to give lawful same-sex marriages full and equal recognition, to the greatest extent possible under the law,” Holder said in a Feb. 8 speech revealing his intentions.

“This means that, in every courthouse, in every proceeding, and in every place where a member of the Department of Justice [DOJ] stands on behalf of the United States – they will strive to ensure that same-sex marriages receive the same privileges, protections and rights as opposite-sex marriages under federal law.”

Barrett Duke, vice president for public policy of the Ethics & Religious Liberty Commission, said the DOJ’s action “did not come as a surprise.”

The Obama administration, he said, “was emboldened to take this step” by the high court’s June opinion. The justices’ decision, however, refused to say states cannot limit marriage to a man and a woman.

“Despite the Supreme Court’s assertions that marriage is an issue best dealt with by the states, the Department of Justice has made it harder for the states to independently regulate marriage within their borders,” Duke told Baptist Press Feb. 11. “The DOJ decision is going to increase the determination of activists to force states to adopt unbiblical views of marriage.”

He pointed to the ongoing responsibility of churches in the current situation. “Churches must be vigilant in teaching a biblical view of marriage to their members and helping their communities understand why God’s design for marriage matters to children and society,” Duke said.

Holder’s directive means the DOJ will recognize gay marriages in cases of marital privilege and federal prison policies, even in states that do not allow same-sex unions. Same-sex partners married in states where their unions are legal, but living in states where they are not, will have the right under the DOJ memorandum to invoke the marital privilege of refusing to testify against a spouse. Same-sex spouses of federal prisoners will have the same rights of visitation and “next-of-kin notification” as heterosexual spouses.

The memorandum gives people in same-sex marriages the same rights as heterosexual spouses in bankruptcy cases and in carrying on the licensed firearms or explosives businesses of dead spouses. It also grants equivalent rights to same-sex marriages under the Public Safety Officers’ Benefits Program, the Radiation Exposure Compensation Program and the September 11th Victim Compensation Fund.

Tony Perkins, Family Research Council president, wrote in a Feb. 10 blog post, “There’s been a lot of talk from the Obama administration about what homosexuals are ‘entitled’ to – but not what voters are entitled to … like having their voices and ballots count. As an attorney (and America’s most prominent one at that), Eric Holder should understand better than anyone what the U.S. Supreme Court meant when it ruled that the federal government must respect ‘state sovereign choices about who may be married’ and criticized any attempt to ‘put a thumb on the scales and influence a state’s decision as to how to shape its own marriage laws.’ With this announcement, Holder isn’t just putting a thumb on the scales – he’s putting the weight of the entire government on them!”

Before the Feb. 10 memorandum, the Obama administration had acted on the Supreme Court’s ruling by announcing same-sex married couples would be treated the same as heterosexual married couples for purposes of all federal taxes, Medicare coverage in nursing homes, health insurance and other benefits for federal employees, immigration and the military. In January, the DOJ also recognized nearly 1,000 same-sex marriages that were entered into in Utah during the 17 days a federal court decision legalizing the unions was in effect. The Supreme Court stayed that ruling, however, leaving the legality of those unions in question.

In unveiling his planned memorandum Feb. 8, Holder said at a Human Rights Campaign [HRC] dinner in New York City, “All of these steps forward are worth celebrating. But I also want to make one thing very clear: for my colleagues, for me – and I know for all of you – they are only the beginning.”

Same-sex marriage has gained legalization in 19 states, although challenges to court rulings permitting gay marriage are pending in some cases.