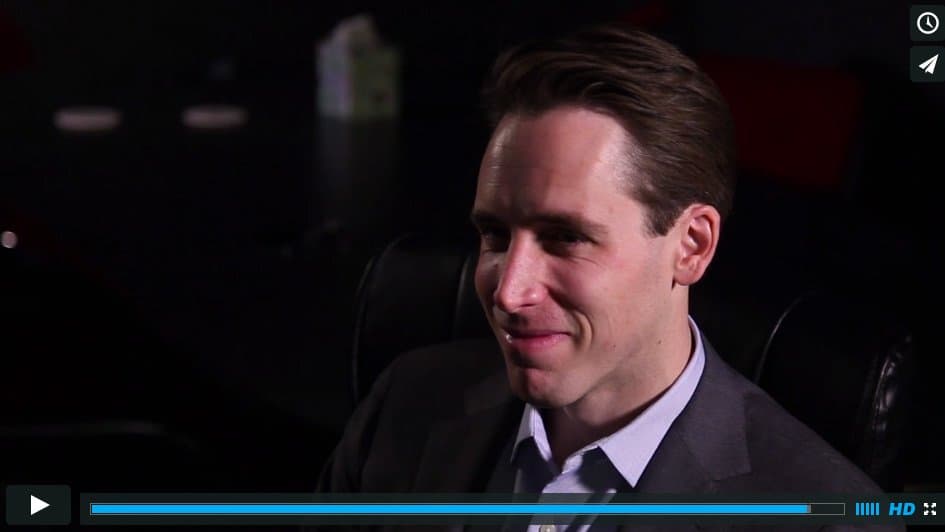 Joshua Hawley, associate professor of law at the University of Missouri, will speak at the Missouri Baptist Convention’s (MBC) annual Worldview Conference here, April 3, less than two weeks after he stands before the United States Supreme Court in a landmark case on religious liberty.

Hawley serves on the legal team that will defend Hobby Lobby before the Supreme Court, March 25. The Green family – the Southern Baptist owners of Hobby Lobby – filed a lawsuit against the Department of Health and Human Services (HHS) in 2012 because of an HHS mandate that would force them to violate their religious beliefs by providing insurance coverage for contraceptives that cause abortion.

DON HINKLE: Tell us briefly, what is the central issue around the hobby lobby case, and if you will, give us some insight into what the defense is that the legal team has already filed with the Supreme Court Justices.

JOSHUA HAWLEY: Well, it’s great to be with you Don, thanks for having me.

The central issue of the case is whether or not the U.S. government can compel business owners to fund abortion inducing drugs and other contraceptives. That is, whether the business owner has to use his or her own funds to pay for these drugs. And, this is part of Obamacare. There is a mandate as part of Obamacare that is called the contraceptive mandate. It’s issued by the Department of Health and Human Services. And, here is what it requires: it says, every business owner that has more than 50 employees has to cover, as part of their employee health plans, all 20 forms of contraception that are legally approved for sale in this country. Now, the thing is, four out of those 20 forms of contraception can actually induce an abortion. And, the Green family, who own Hobby Lobby, are devout Christians. They’re Southern Baptists. And, they are opposed to abortion as a consequence of their religious faith. And so, the Green family have a strong objection to funding abortion inducing drugs. They already fund contraception as part of their health care plan through their employees. And, they’ve offered these health care plans for years and years. But, they object to being forced by the U.S. government to funding abortion-inducing drugs. So, the issue of the case is really very simple: can the government force the Green’s and Hobby Lobby to fund these drugs.

And, our argument is, it’s very straightforward. We make an argument based on the US Constitution and then really the central argument in the case concerns an important law, statute called the religious freedom restoration act. So, let me walk you through those just very briefly.

But, the central argument in the case is about this statute. It’s the religious freedom restoration act passed back in the 1990s. And, here is what it says: it says that if you are burdened in your religious faith because of a government regulation, the government has to show a very compelling interest, and they have to show that they have pursued that interest in the most narrow way possible in order to make that regulation stick. And, our argument, Don, very simply is that the government does not have a compelling interest in forcing business owners to provide these abortion-inducing drugs. They haven’t pursued their interests in the appropriate way. And, therefore, since it violates the Green’s religious faith they can’t make it stick under this law.

JOSHUA HAWLEY: Well, so we will show up on the 25th, you’re quite right. Argument time, there has been 30 minutes allotted to both sides. That’s the standard argument time at the US Supreme Court. Briefing, as you mentioned, is complete. So, the Justices have gotten three rounds of briefing in this case. And, these are big briefs, Don. I mean, these are briefs of 14,000 words apiece for two of them, and then there is a third round that is a little bit shorter. So, they have a lot of material. They are considering that material right now. And, they will show up with questions on March 25th. Each team will have 30 minutes to present their case. And, the justices will ask whatever questions they want. And, let me tell you from experience in being there and observing this many times, the justices ask a lot of questions. So, it’s very unusual for the advocate to get in more than just a couple of sentences before the justices start asking questions. This is a very active court when it comes to question asking. And, I imagine they will have a lot of questions about this case. So, we’ll do that for 30 minutes. The justices will pepper both sides with questions. 30 minutes one side, 30 minutes the other side. After that, so that will be on Tuesday, what will happen is that either on the Wednesday or the Friday, we won’t know, but either on the Wednesday or the Friday the justices will actually take an initial vote. They will vote and cast their ballots based on how they think the case should come out right then. And, then they will spend the next few months drafting their opinions. And, the way this works is, whoever gets assigned to write the majority opinion will draft it up and then he or she will circulate it around, and they will go back and forth with drafts. And, we expect a final opinion with any dissents if there are any by the end of June when the court’s te