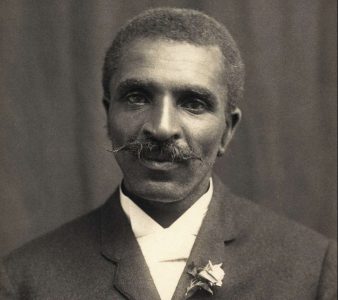 DIAMOND – Faith as small as a mustard seed can move mountains, the Lord Jesus once said. In the early years of the 20th century, walking through the countryside near Tuskegee , Ala., Professor George Washington Carver sought for a peanut-sized faith – and he hoped it would prove a boon for poor southern farmers. The boll weevil, a beetle ruinous for the cotton plant, was moving north from Mexico and threatening the southern United States, where farmers depended primarily on cotton. For … END_OF_DOCUMENT_TOKEN_TO_BE_REPLACED 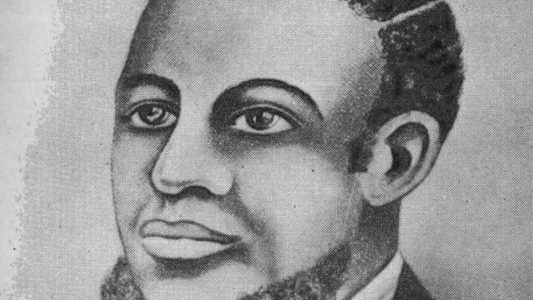 RICHMOND, Va. (IMB) – Lott Cary was the first African-American missionary to Africa. He was responsible for the missionary movement that created a growing interest among African-Americans in the evangelization of Africa, as well as other parts of the world. Early Life and Conversion Lott was born in 1780 in Charles City County, Virginia, on the estate of William A. Christian. Unlike most slave families, Cary’s family was able to live together. His father, mother, and grandmother were … END_OF_DOCUMENT_TOKEN_TO_BE_REPLACED 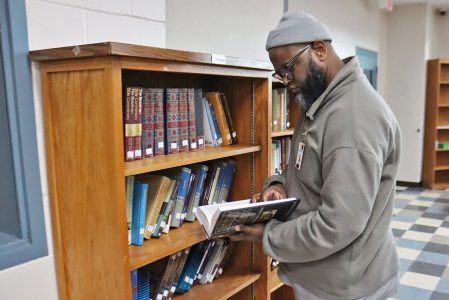 JEFFERSON CITY – Imagine a typical university class of eager ministerial students, then imagine the same in a maximum security prison. Rodrick Sweet doesn’t have to imagine: He knows both classrooms and sees little difference. His class at the Jefferson City Correctional Center (JCCC), he says, is all men and they’re all in uniform. Other than that, teaching in the prison setting for him isn’t so different than other college and university classrooms where he’s taught. Sweet’s … END_OF_DOCUMENT_TOKEN_TO_BE_REPLACED

KANSAS CITY – “The history of the world is but the biography of great men,” argued Thomas Carlyle, the proponent of what has come to be known as the “Great Man Theory of History.” This theory suggests that the broader movements and contours of history all go back to the leadership of great individuals who exerted unique influence on their times. Whether or not Carlyle’s theory proves true is debatable, but that certain individuals cast long shadows is not. More than a cultural observation … END_OF_DOCUMENT_TOKEN_TO_BE_REPLACED 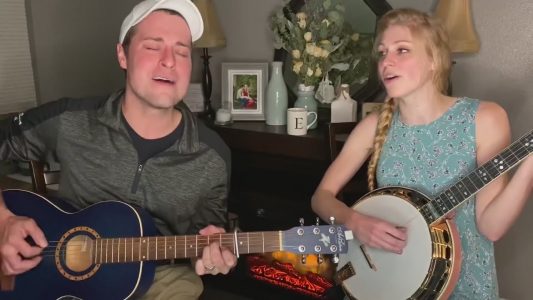 BRANSON – Like the rest of her family, Ellen Petersen Haygood has no qualms about using her platform as a musician to share her faith in Christ. In 2015, with banjo in hand and Patsy Montana’s song, “I Want to Be a Cowboy’s Sweetheart” on her lips, complete with yodeling – Haygood impressed the judges of American Idol. She advanced to American Idol’s Hollywood competition, though she didn’t make it into the final 24. "The second I heard the words come out of the judges' mouths that I … END_OF_DOCUMENT_TOKEN_TO_BE_REPLACED 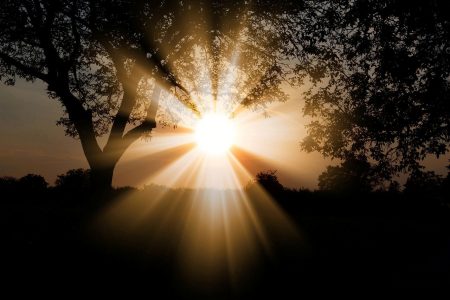 ANABEL – While the intense guilt she felt after living 20 years of her life as a Mormon once threatened to overwhelm her, now Michele Jorgenson can clearly see what led her into that life and made her a ‘golden contact’ for the Church of Jesus Christ of Latter-day Saints. “Although I loved Jesus as a child, and accepted His gift of eternal life, I never grew as a Christian,” said Jorgenson, member of Ten Mile Baptist Church here. “I did read the beautiful Bible stories almost daily, but I … END_OF_DOCUMENT_TOKEN_TO_BE_REPLACED 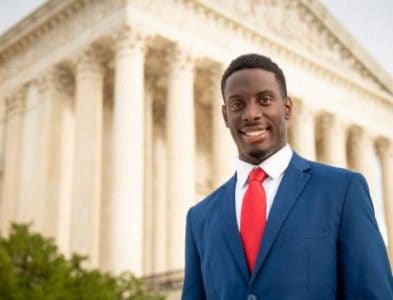 WASHINGTON (Whitehead Law Firm) – The U.S. Supreme Court heard oral arguments by teleconference, Jan. 12, in an important case involving campus religious freedom and the legal doctrine of mootness, which limits the on-going jurisdiction of federal courts to hear cases. The case is Chike Uzuegbunam  v. Preczewski  (CHEE’-kay Oo-zah-BUN’-um v. Pray-CHESS-key). Chike is a former student at Georgia Gwinnett College who in 2016 was twice silenced when he tried to share his Christian faith … END_OF_DOCUMENT_TOKEN_TO_BE_REPLACED 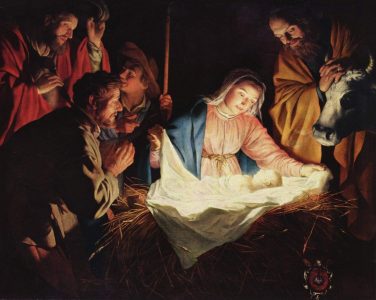 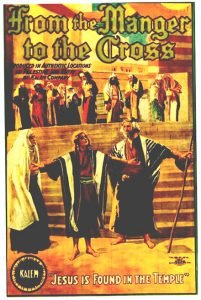 Viewers have better choices than this film, although it set cinematic milestone EDITOR’S NOTE: Once a month in 2020, The Pathway examined a classic Hollywood retelling of a biblical story. To see all the Classic Movie Club entries, visit www.mbcpathway.com/movieclub. The Movie There’s no doubt that ‘From the Manger to the Cross’ is an Important-with-a-capital-I piece of cinematic history. While the rest of the biblical epics we’ve examined this year came from the 1950s and 60s, this is the … END_OF_DOCUMENT_TOKEN_TO_BE_REPLACED 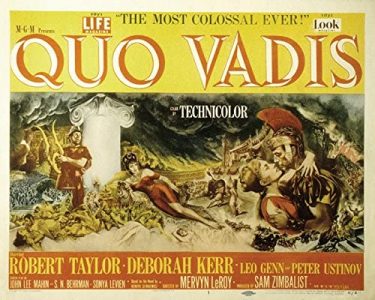 EDITOR’S NOTE: Once a month in 2020, The Pathway will examine a classic Hollywood retelling of a biblical story, compare it to the actual Word of God, and discuss its artistic merits. Viewed critically from a biblical worldview, the stretch of biblical epics from the 1940s, ‘50s and ‘60s can prompt discussion and appreciation for God’s truly magnificent story. To see all the Movie Club entries, visit www.mbcpathway.com/movieclub. The Movie 1951 saw another “biblical” epic hit the big … END_OF_DOCUMENT_TOKEN_TO_BE_REPLACED 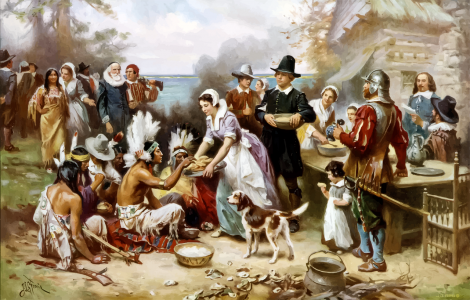 PLYMOUTH, Mass. – Sometime in the early autumn of 1621, a group of English colonists, now commonly called the Pilgrims, celebrated a feast in Plymouth, Mass. But, according to Historian Robert Tracy Mckenzie, that celebration in the fall of 1621 didn’t much resemble the Thanksgiving feasts hosted in households across the United States today. After all, the Pilgrims likely feasted on ducks and geese, fresh fish, mussels, clams, or even some eels, alongside an Indian corn succotash as well … END_OF_DOCUMENT_TOKEN_TO_BE_REPLACED 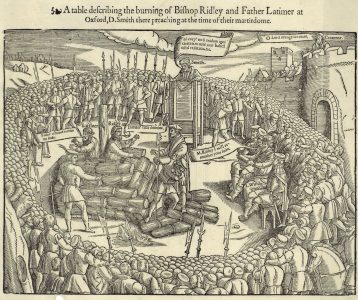 OXFORD, England – Only moments before their execution in flames on Oct. 16, 1555, the Protestant preacher Hugh Latimer comforted his colleague, Nicholas Ridley. Both men had been prominent leaders of England’s Protestant church in previous years, but they had been arrested after the Catholic Queen Mary Tudor came to the throne of England in 1553. Now, they were chained together to a stake, standing amid burning faggots of wood. As an executioner lit the faggots under Ridley’s feet, Latimer … END_OF_DOCUMENT_TOKEN_TO_BE_REPLACED