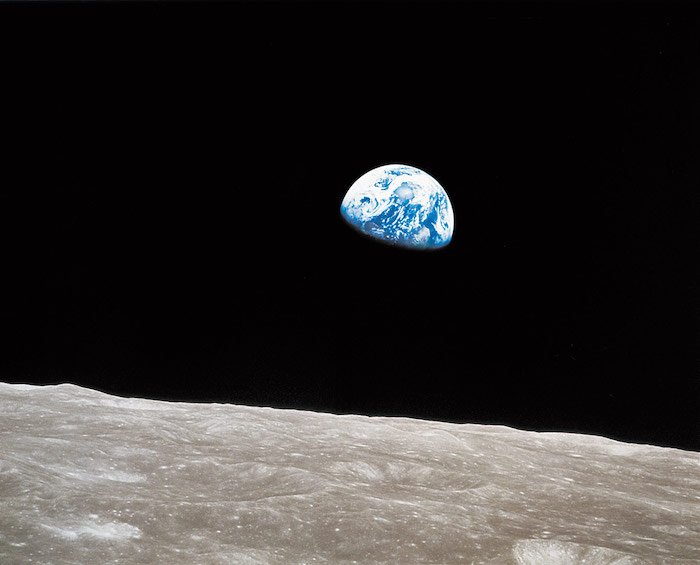 While enjoying a late-night snack on July 20, 1969, as a 15-year-old I joined 600 million other earthlings in watching the incredible telecast of Neil Armstrong and Buzz Aldrin walking on the moon. It occurred at a time in history similar to ones in which we live today. The Vietnam War was tearing at our nation, the assassinations of Martin Luther King and Bobby Kennedy triggered riots as cities burned and the erotic revolution activated much of today’s sexual controversies. But for a brief moment, the world stopped fighting long enough to witness the greatest technological achievement in the history of the world.

For some in a secular mindset, the fascination has reached absurdity. Earlier this month a new, previously undiscovered batch of moon landing video tapes, valued at about $280, will be auctioned July 20 at Sotheby’s in New York City for a reportedly $1 million.

I decided several months ago that The Pathway would mark the 50th anniversary of man’s first walk on the moon in an effort to offer a biblical perspective on such an historic achievement. Humanity is God’s crowning achievement – made in His image. When God fashioned the universe, He left His own mark upon it in such a way that the heavens declare His glory and the firmament shows forth His handiwork. When God made the creatures that filled the earth and the sea, He created one (us) to be uniquely made in His own image (Gen. 1:26-27).

We are the icons of God, creatures made with a unique capacity to mirror and reflect the character of God. Though that image was tarnished by humankind’s fall, we maintain the ability to think and create. It took more than 400,000 people to send Armstrong and Aldrin 240,000 miles to the moon. Humanity used its God-given abilities to make it to the moon and produce all the blessings that have resulted. More than 6,000 new technologies – produced through America’s space program – are now routinely used in day-to-day living. CAT scans, computer micro-chips, cordless power tools, water filters, smoke detectors, scratch-resistant lenses and improved home insulation are just a few.

John Stonestreet of the Colson Center has pointed out that one of the defining features of the Bible is how often it points us to God’s creation. So much of Scripture assumes a certain level of understanding about creation. So, it would seem, if we fail to experience and engage in God’s creation, our faith could suffer. The Bible is replete with references to creation: recounting in magnificent prose God speaking the universe into existence, identifying God’s covenant promise with rainbows, and inviting us to examine – with Abraham – the stars where an even greater promise was written for those who place their faith in Christ. The psalmist sings of the heavens’ divine declaration, he praises the Lord for making mankind ruler of “all flocks and herds…animals of the wild…birds of the sky, and the fish of the sea ….”

The first scriptural reference to the moon occurs in the creation account in Gen. 1:16: “God made the two great lights, the greater light (the sun) to govern the day, and the lesser light (the moon) to govern the night. He made the stars also.” The sun, moon and stars are components of God’s creation that function in their assigned roles of providing light and the basis for calendrical calculations. The stars enabled explorers to navigate the earth, while astronauts used them to get to the moon and back. Indeed, the astronauts had to memorize the various constellations so they would not veer off course. Of course, God made it all possible.

Three Apollo missions before Armstrong and Aldrin (and Michael Collins in the lunar orbiter), Frank Borman, Jim Lovell and William Anders were the first to orbit the moon. As they emerged from the moon’s dark side, the earth came into view and for the first time men saw it from a perspective never seen. The trio took turns reading from Genesis 1 as Anders raised his camera and took arguably the most incredible photograph ever taken. Dubbed “Earthrise,” it reminds us of the beauty of the earth, the vastness of the universe and the holy God who spoke it all into existence.