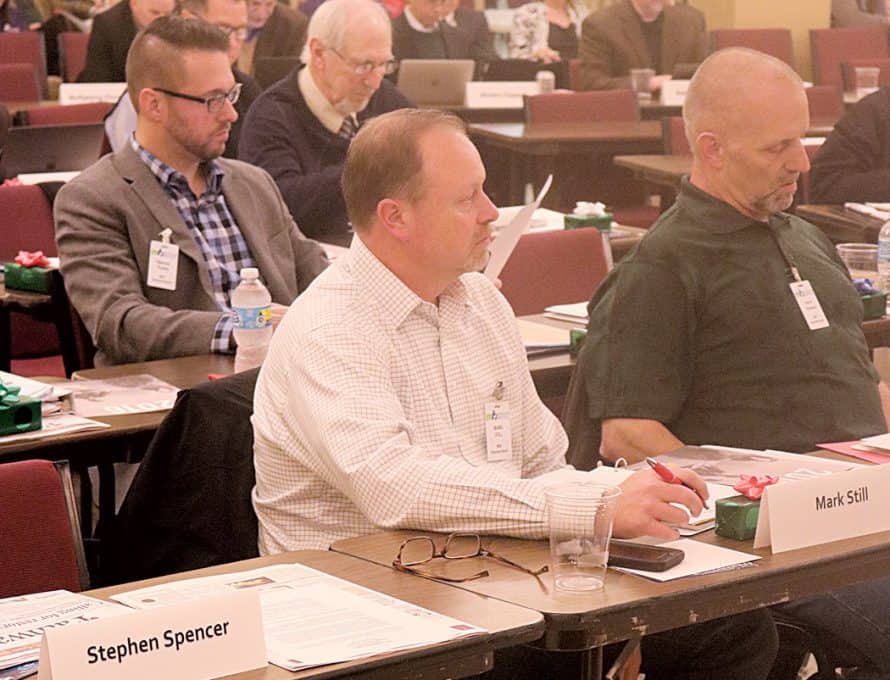 JEFFERSON CITY – With a nearly unanimous vote, the Missouri Baptist Convention’s (MBC) Executive Board voted during their Dec. 12-13 meeting here to recommend that the convention temporarily halt its march toward a “50-50” Cooperative Program allocation.

The recommendation proposes that, for three years (2018-2020), the MBC set the CP allocation plan at 60-40, with 60 percent of CP giving funding the ministries of the MBC and its entities and 40 percent funding the ministries of the Southern Baptist Convention (SBC). Because the 5 percent “shared items” was removed from this allocation plan, the dollar amount sent to the SBC in 2018 is comparable to the dollar amount sent in 2016. This recommendation will go before messengers of the MBC for approval during their annual meeting next October. (To learn more about this CP allocation plan, see related story here.)

In other business, the executive board approved contributions to Mission Dignity and responded to motions brought to the MBC by messengers at the 2016 annual meeting in October.

Upon the recommendation of Executive Director John Yeats and of the MBC’s Business Services and Properties Management group, the executive board approved a contribution of $29,198.10 to the GuideStone Financial Resources’ Mission Dignity program. Through Mission Dignity, this money will go to support retired Missouri Baptist ministers and their widows.

The executive board also responded to two motions brought before the MBC during the 2016 annual meeting:

The executive board received this motion, recommending “a systemic process,” whereby the chairman of the committee receiving a motion will “consult directly with the person making the motion for clarification and perspective.” The chairman, however, “holds the discretion as to whether to invite the maker of the motion to address the full committee or entity.”

During the annual meeting, Stahlhuth’s motion was referred to the executive board’s Inter-Agency Relations Committee, which considered his motion during the December board meeting. Consulting Stahlhuth and inviting him to their meeting, the committee reported to the executive board that neither Hannibal-LaGrange University nor Southwest Baptist University receive direct state or federal aid; however, individual students receive aid through student grants and student loans. The funds raised through this individual student aid makes up between 40-50 percent of the budgeted income for each university. And, if such aid were withdrawn, each university would “need to greatly enhance their income through increased tuition and fees, increased gifts and endowments, and increased subsidy from the Missouri Baptist Convention.” In such a scenario, the universities might also need to “decrease programs and services.”

As a result of these findings, the executive board approved a recommendation that encouraged Missouri Baptists “to fortify their stewardship through estate planning, endowments, and legacy giving.”