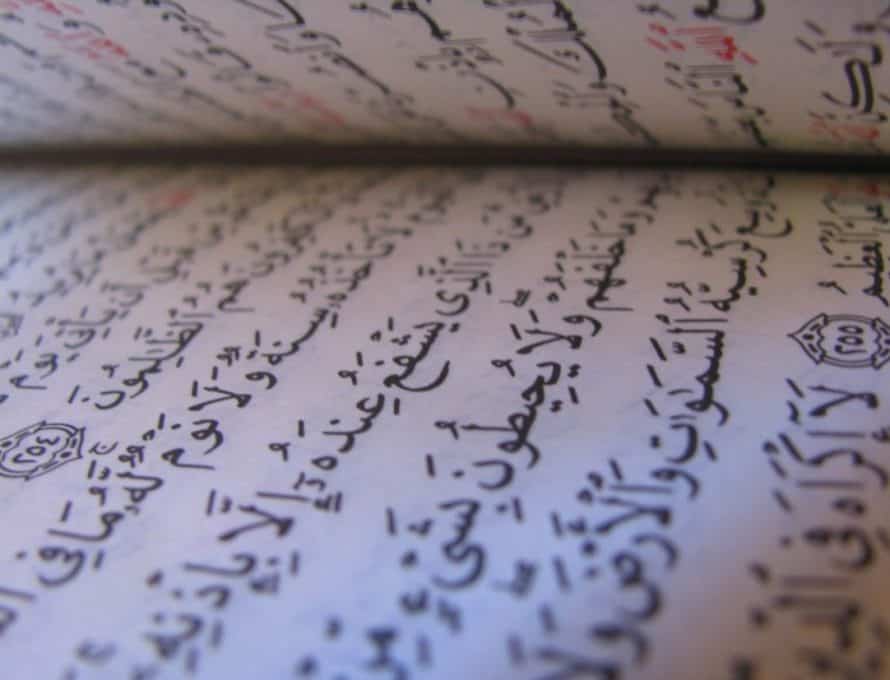 Muslims believe in the Injil, or gospel, but define it differently than evangelical Christians do. Further, they claim the church has corrupted the biblical texts so that only the Qur’an preserves the genuine good news.

In defining the gospel, Muslim commentator Yusuf Ali writes that “the Injil spoken of by the Qur’an is not the New Testament. It is not the four Gospels now received as canonical. It is the single Gospel which, Islam teaches, was revealed to Jesus, and which he taught.”

In other words, the gospel is the prophetic teaching of Jesus as captured in the Qur’an, directing all people to submit to the will of Allah.

Further, Muslims argue that Christians have altered the New Testament texts, resulting in doctrinal errors such as the deity of Christ, the Trinity, and original sin.

But a careful look at the Qur’an shows that Islam’s most holy book affirms the inspiration, preservation, and authority of the biblical record. At the same time, it exposes the inconsistency of Muslim teachings about the Bible.

Inspiration. Surah 3:3-4 declares, “He has revealed to you the Book with truth, verifying that which is before it, and He revealed the Torah and the Gospel aforetime, a guidance for the people, and he sent the Qur’an” (M.H. Shakir Translation).

As David Wood, a noted authority on Islam, writes, “Hence, no informed Muslim would ever deny the inspiration of the Gospel. Yet Muslims frequently insist that the Gospel was significantly altered sometime after it was revealed, a claim that conflicts with numerous passages in the Qur’an.”

Preservation. Surah 7:157 reads, “Those who follow the Messenger, the unlettered Prophet, whom they find mentioned in their own (Scriptures) – in the Law and the Gospel … it is they who will prosper” (Yusuf Ali Translation).

The Qur’an instructs people in the 7th century to read the Gospel accounts, for in them are prophecies about Muhammad. This means the Gospels are available and trustworthy in Muhammad’s day. So, we may rightly ask, exactly when did Christians corrupt the New Testament manuscripts?

Confirmation. Surah 10:94 reads, “But if you [Muhammad] are in doubt as to what We have revealed to you, ask those who read the Book before you; certainly the truth has come to you from your Lord, therefore you should not be of the disputers” (Shakir).

When Muhammad experiences doubts about his revelations, Allah instructs him to seek confirmation from the “People of the Book,” an Islamic term for Jews and Christians.

How may Muhammad do such a thing unless 7th century Jews and Christians have an intact and reliable “Book” with them?

Authority. Surah 18:27 states, “And recite what has been revealed to you of the Book of your Lord, there is none who can alter His words; and you shall not find any refuge besides Him” (Shakir).

Islam teaches that no one can corrupt Allah’s revelations. Then how is it possible for anyone – including Jews and Christians – to change the unalterable words of Allah?

If Christians no longer possess the gospel, it is impossible for them to obey this command.

Finally, the Qur’an affirms the authority of the books of Moses and the Gospels: “Say: ‘O People of the Book! Ye have no ground to stand upon unless ye stand fast by the Law, the Gospel, and all the revelation that has come to you from your Lord” (Surah 5:68, Ali).

David Wood summarizes: “If the Gospel has been corrupted (as Muslims insist), we can only conclude that the Qur’an is wrong when it claims (1) that the Gospel was still available in Muhammad’s time, (2) that no one can alter Allah’s words, and (3) that Christians must ‘judge by’ and ‘stand fast by’ the Gospel.”

A more reasonable position is that the Gospels, recorded by eyewitnesses of Jesus, were inspired, intact, preserved, and authoritative in the 7th century – and they remain so today.

Muslims face a quandary. To uphold the authority of the Qur’an, they must abandon claims that the Gospels were corrupted. However, to do so means upholding the biblical truths of the deity of Christ, the Trinity, and other Christian doctrines.

(Learn more in What Every Christian Should Know about Islam, available in print and Kindle editions at Amazon and at mobaptist.org/apologetics.)