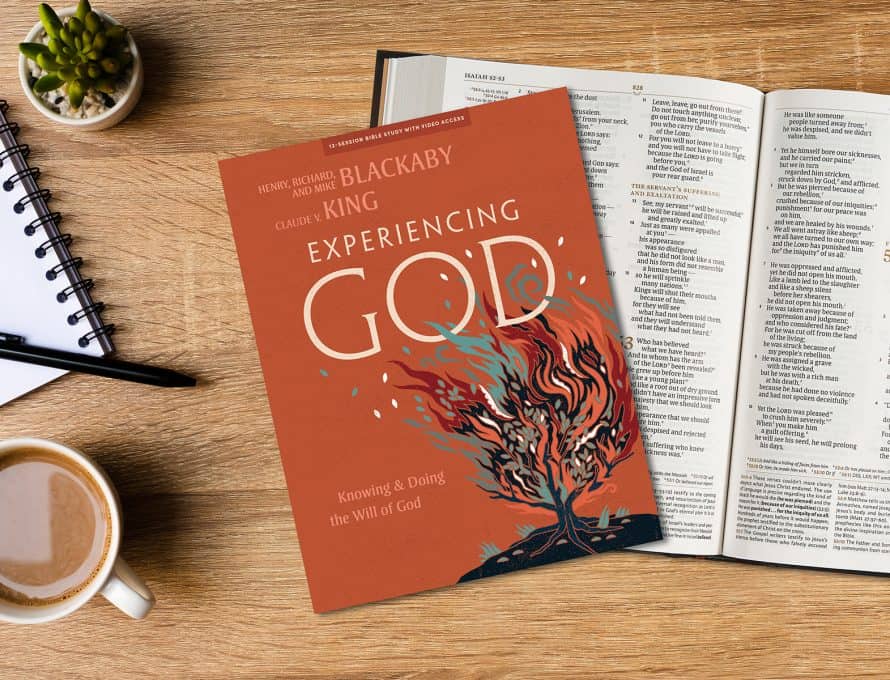 NEOSHO – When Alan Brock went through the “Experiencing God” discipleship study for the first time he said it shifted his focus from “me” to “God and His activity.”  He was pastor of Fellowship Baptist Church, Neosho, and he led five groups through the study in the early 1990s. He and his groups were discovering that God is at work all around them and was inviting them to be part of His work. Brock is now the director of missions for the Shoal Creek Baptist Association in Neosho (located in the southwest region of Missouri).

Several Missouri Baptists spoke with The Pathway to recount stories of how God used the discipleship study by Henry Blackaby and Claude King called “Experiencing God” to move them into places of service.  That discipleship resource is now being relaunched with updated content by LifeWay Christian Resources as they celebrate the 30 year anniversary of its release.

Brad Bennett, the Missouri Baptist Convention’s Making Disciples director, told of being in Pythian Ave. Baptist Church in Springfield in 1994.  He went through the study as a young man and wasn’t really fully surrendered to the Lordship of Christ.  “I didn’t understand what it meant for me to surrender everything to God,” he said.

He said he had not really been discipled well at that time and the discipline of the “Experiencing God” study “woke me up to surrendering to the Lord.”

He was then asked to lead the study in another group study, and during that time the Lord used the teachings to call him into vocational ministry.  Bennett said he used it there in Springfield and again at First Baptist Church of Salem, where he was a youth pastor.

He said, “I encourage Missouri Baptists to look for where God is working and join Him in that.”

Trent Young was a student at Southwestern Baptist Theological Seminary, and he was a member of Southcliff Baptist Church, Ft. Worth, Texas.  He went through the course and said, “It was a seminal study in my life.”  He recounted that he was challenged to join God where He is at work.  He chose to say, “Yes,” to God.

Young was involved in Baptist Student Union ministries, and he felt God was calling him to be a pastor, but wasn’t really sure of his abilities in that area of ministry. But, he said, God helped him to do that for 20 years before he and his wife moved recently to Bland, where he has become the director of missions for Gasconade Valley Baptist Association.  He and his wife Dana love ministering to pastors and wives, and they are finding fulfillment in it.

One other director of missions, Bob Curtis, of Mineral Area Baptist Association and also campus minister at the Baptist Student Union at Mineral Area Community College said the study has helped the students understand how God is at work.  He said, “When you come to a crisis of belief in your life, you are at a crossroads.  You either trust God and His Word or you allow circumstances to define your purpose.”

Curtis added, going through the discipleship course caused him to examine many of the “spiritual markers” God has used in his life to draw him into that love relationship with the Lord.  Marriage, call to ministry and key events in life have all shaped him to what he is and where he is at this place in time.  He said those markers “are encouragement for times when we get a little discouraged in ministry.”

Alan Brock said he followed the Lord’s leadership when he enrolled in seminary at Midwestern Baptist Theological Seminary.  “I was concerned how to take care of my family (financially).  He said the Lord answered that need as his wife, Janet, was able to find employment with the United States Postal Service, providing adequate income for the family.  Later, he was called to become the director of missions for the Linn-Livingston Baptist Association in Meadville, and again his wife was able to be employed at the Post Office in Chillicothe, later being promoted to Postmaster.

Brock is now pursuing a PhD degree in theology and is finishing his dissertation.  By doing this he has been able to provide theological training classes for bivocational pastors in both the Linn-Livingston association as well as the Shoal Creek association.  He credits God to opening the doors so that could take place.

As Henry Blackaby said in the introduction to this resource, “God Himself causes you to desire to be a faithful servant.  Yet God has far more in store for your life than just to do something for Him.  He wants you to experience an intimate love relationship with Him that is real and  personal.”

Many Missouri Baptists have found that the journey they are on is taking them places they never thought they would go.  They say “join God and His work” and know and do the will of God.”