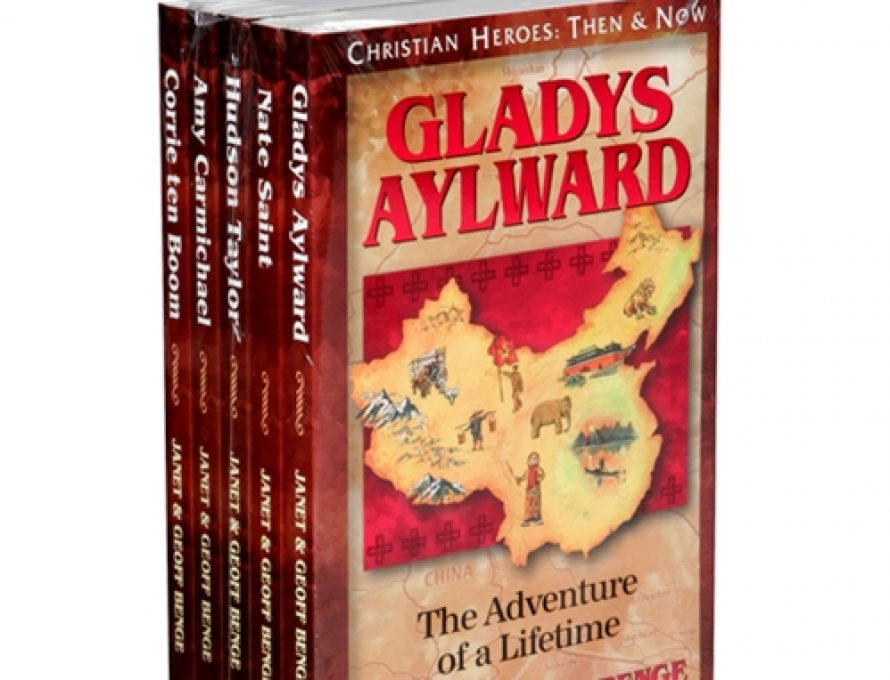 JEFFERSON CITY – For more than two decades, Janet Benge and her husband, Geoff, have made the past come alive for new generations of children through dozens of biographies published in Youth With a Mission’s (YWAM) “Heroes of History” and “Christian Heroes” book collections. With roughly 208 million books in print across the globe, in 22 different languages, they have written about Christian missionaries like Adoniram Judson, Rachel Saint, Hudson Taylor, Eric Liddell and Amy Carmichael, as well as varied historic figures like George Washington Carver, Harriet Tubman, John Adams, Abraham Lincoln, Daniel Boone, Clara Barton, Louis Zamperini, William Wilberforce and Thomas Edison. On Feb. 18, I spoke with Benge about their work. The following is an edited transcript of our conversation: 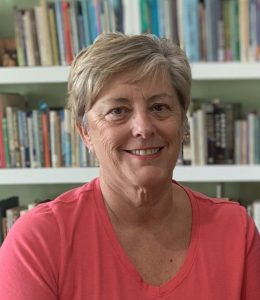 Benjamin Hawkins (BH): Why did you choose to write these biographies? What got you started?

Janet Benge (JB): Well, we had been writing a lot, doing a lot of ghost writing, which is writing in other people’s voices. You would tell me your story and I would write it as if I was you, and it would get published. And so we had done a lot of that for YWAM, and then YWAM approached us. The publishers said they noticed there were really no biographies of missionaries, which were really good for kids to read and would hold their attention. So we started reading a few, and we could only agree with them. Some of the books were kind of like – this is one of the most interesting, crazy adventures ever, and it’s made to sound boring and dull. YWAM asked us to write a full book to see how they would go. So we wrote four Christian Heroes books, and they took off. So we have literally been writing them ever since. We’re up to, I think, 50.

BH: Are you still writing them?

BH: Who are you working on now?

JB: We are actually between books. So, we just finished one for Heroes of History series, which is kind of the other series we do on prominent historic figures, but not necessarily with the missionary take on it. And we just finished Dwight Eisenhower. … And we’re actually working on a book about a ministry in Costa Rica at the moment.

BH: What has been your favorite biography in each series of books?

JB: Well, I always like writing the ones set in America, which have some American history component. I’m from New Zealand myself, but I have a love of American history. So I love George Washington Carver and Harriet Tubman. They’re two of my favorites. But one of my very favorite ones, probably, is Adoniram Judson, who went out to Burma as an early missionary. … I love his story, I love his perseverance.

I think Geoff’s favorite is probably John Williams, who was an early London Missionary Society missionary in the South Pacific, … where the islanders went from one island to the next and evangelized the other islands.

BH: Which biographies were the most difficult or challenging for you to write, and why?

JB: Well, honestly, the one that really nearly got the better of me personally, was Dietrich Bonhoeffer [the German theologian who died at the hands of the Nazis], because, well, there’s a couple of reasons: One, I’ve written quite a lot of books about the Holocaust, and I find it, just on a personal level, very depressing to think that people can stoop to that level of behavior. So it’s always a bit difficult for me to spend hours and hours looking at photos and reading personal holocaust accounts.

Then Bonhoeffer was mainly a theologian. We’re constantly aware of what is of interest to our [young] readers. And deep theology is not particularly interesting to most kids or young people. It’s just not something that they normally gravitate toward. So we had to kind of show his deep love for theology and the kind of theological breakthroughs that he made, while still making it sound interesting.

Then, probably the biggest challenge of all is that all of the other books that we had written on World War II and the Holocaust – we’ve never done one from the German perspective. Bonhoeffer was a German. He grew up in Germany. He lived in Germany. He loved Germany. And so trying to show the rise of Nazism in a way that could show how good Christian Germans got sucked into it was really very challenging, because we’d always been on the other side – on the British side, or the Dutch side, talking about the hardships that it created. But, a lot of them were Christian people who had come to believe that this was the best thing for Germany. So trying to show that in a sympathetic way, without negating the horror of how it ended. And then all of this for kids. So, yeah, that one really was a challenge.

BH: But, I’m sure, it was so fruitful at the same time, because so much of history is about telling a very complicated story about complicated people,and complicated events. Right?

JB: Right. We really try hard not dumb it down. We have a huge adult audience, as well. We simplify. I hope we don’t dumb it down to the point where it’s just platitudes. There’s always more to the story.

BH: Well, I’ve noticed, in reading the biographies, that you paint people’s virtues, but you don’t ignore their flaws.

JB: No, no, I don’t think it does anyone any good to do that. And it just makes it more hero worshiping. I think one of the strengths of our books is we allow readers to identify with the people we write about as humans. They make mistakes, and sometimes they make woeful mistakes. They have things they’re not good at. They have times when they’re depressed, and we don’t shy away from mental illness if it’s in the story. Readers are served from knowing that these are real people overcoming real problems, rather than just thinking that everything was always easy for them. I don’t think there’s much inspiration in that, because it’s so far from what most of us know to be our real life.

BH: So how have you been encouraged or challenged by the people you write about?

JB: One thing that’s really become a part of me is this idea that you just do what’s the next step in front of you. So many of the people we write about … don’t start off thinking that they’re going to be famous and outstanding. They’re just putting one foot in front of the other, and God is rewarding that. I think that’s probably one of the things, over time, that has become very inspiring to me. … Eric Liddell [the Scottish athlete and missionary to China, featured in the classic film, Chariots of Fire] is a good case in point. When he’s in an internment camp [in China], he’s like, “All right, here we are here. I may be an Olympic medalist, … but right now, I’m stuck in this camp with these kids who need a science teacher.” He just did the next thing in front of him and it’s very inspiring to spend so much time with people like that.

BH: It’s important for children to hear about heroes from the past, but these books appeal to adults too, correct?

JB: I got a letter, probably a week, ago from a chaplain. We have a prison ministry where we put the books into federal prisons, which is not easy to do, but we have permission to do that. And so there’s kind of a foundation which provides these. And we got a letter from an inmate at a jail via the chaplain, and it said, “I read Richard Wurmbrand: Love Your Enemy front to back seven times in six days. This story, this message, changed my life. I have found a new, positive, productive way to live my life with love.”

And that’s the thing that I think really catches me about these biographies. We have gotten stories from a 9-year-old Amish girl in Iowa, and she is saying the same thing as this guy in jail. How are these books appealing to these two very, very different people? I think it’s just God’s truth shining through. It’s simple, but it’s appropriate to everybody.

BH: Perhaps, it’s partly because you try to paint your subjects as real people?

JB: Right. I think when I get to heaven and I meet these people, I would be very upset if they say, “Well look, you really got me wrong.” What we’re trying to be is ambassadors, in a sense, for these people to a new generation, because these are amazing role models and amazing heroes. And they need to be dusted off and polished for kids today, to get their own bearings, and so Geoff and I really do see ourselves as ambassadors of these people, bringing them to light. And then hopefully when they get older, or if they’re adults reading them, they might read something more in depth of their theology and things like that. But it’s a good start. It’s a good place to begin.