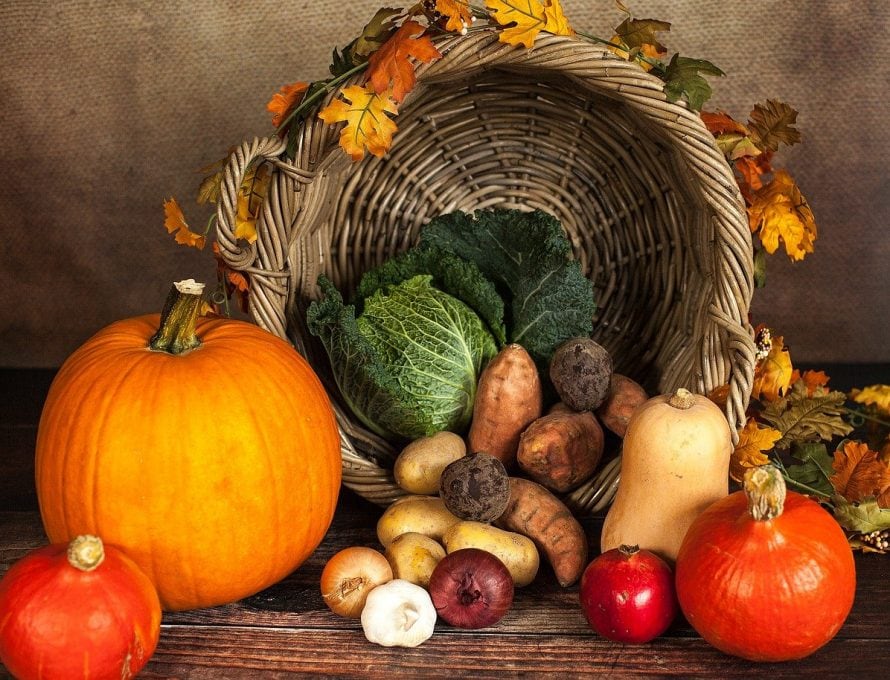 NASHVILLE, Tenn. – Even though the pandemic may change Thanksgiving celebrations this year, Americans still express thankfulness for their family and friends.

According to a survey from Nashville-based LifeWay Research, more than 4 in 5 Americans (84%) say they are thankful for their family. 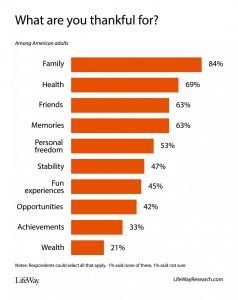 A third of Americans will spend Thanksgiving being grateful for their achievements (33%), while 1 in 5 (21%) express thankfulness for their wealth.

The average person chose five things on the list for which they are thankful.

“In a year that has been difficult for most, Americans still express a lot of thanks,” said Scott McConnell, executive director of LifeWay Research. “This year of loss and division does not mean people have an absence of good things for which to be grateful.”

Compared to a 2016 LifeWay Research survey, fewer Americans expressed thankfulness for almost all of the options.

Four years ago, prior to the COVID-19 pandemic and the subsequent social distancing guidelines and regulations, more Americans said they were thankful for health (77% to 69% in 2020) and personal freedom (72% to 53%).

When Americans give thanks on the last Thursday of November, most say they express their gratitude toward their family and God.

“Giving someone else thanks is not a given on Thanksgiving,” said McConnell. “But four times as many people give thanks to family or God than choose to thank themselves.”

Among self-identified Christians, those who attend worship services weekly are the most likely to express thanksgiving toward God this time of year (94%).

Those with evangelical beliefs are more likely than other Americans to say they are thankful to God (96% to 60%).

Protestants (83%) are more likely than Catholics (72%) and those belonging to other religions (62%). A third of religiously unaffiliated Americans (32%) are grateful to God on Thanksgiving.

Younger Americans are more likely to say they are thankful to themselves than older Americans.