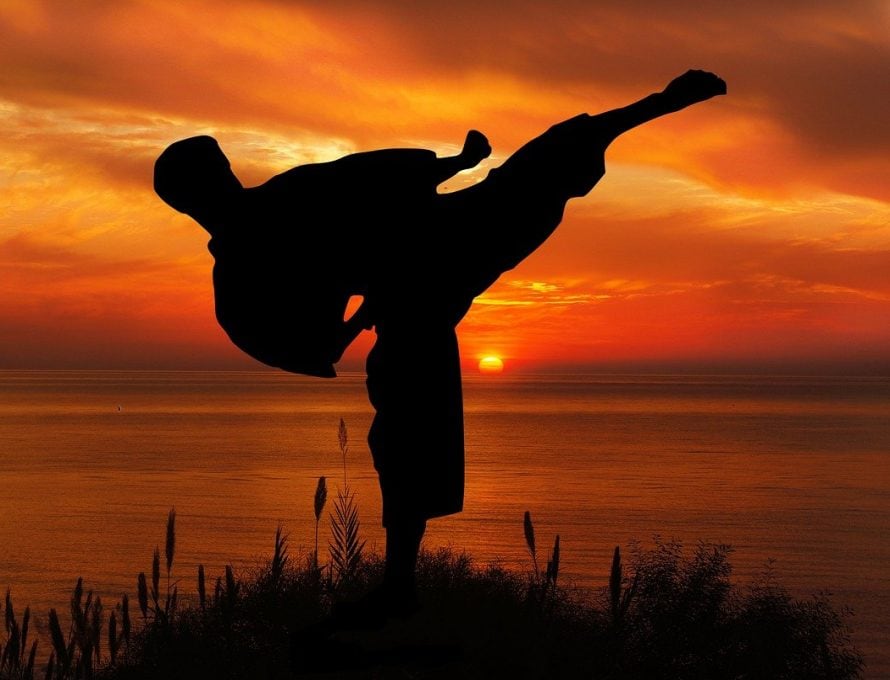 CAPE GIRARDEAU – A Christian karate class started more than a dozen years ago teaches students to defend themselves physically and spiritually.

“It was started 13 or 14 years ago by Eric Welch, who wanted to give lessons of self-defense for children between the ages of five and 17,” said Elizabeth Perkins, one of the primary black belt instructors.

The lessons are offered without charge on Mondays and Thursdays at Church of the Rescued and Redeemed, but Bible study is a required aspect of the training.

Board member Mike Stone was looking for an exercise activity for his daughters, then aged eight and ten.

“I didn’t have high expectations when they started. I’m impressed with the training. The program is good, the bible study is good.”

Both of Stone’s daughters, Kylie, 13, and Kelsey, 11, have earned red belts and are on track to earning black belts in under five years.

Perkins has been the main instructor for five years, and when students struggle, she can relate. She almost quit in her effort to earn a black belt.

“God and I had a few discussions. I was not physically fit. I’m just a mom. At the end of the class, I told Mr. Welch I’d help, but I was not going to lead the class, and then I ended up doing the class to show the kids what it takes to be an example,” she said.

When Welch retired, she was suggested by others to take over the leadership. She agreed.

“I’m passionate about the program. No way can I do this on my own. God gets all the glory. We’re a family, an open family. I’m grateful God put this ministry on my heart.”

In addition to the discipline training of karate, children have to learn Bible verses to advance in the belt ranks. Only one family through the years balked at the use of the Bible.

Her own children, now in their early 20s, have graduated out of the program, as has the one young man who ‘needed her.’

“Each student is given a Bible. We’ve probably given out a thousand Bibles,” she said.

Stone is now helping do some of the Bible studies.

“We touch a lot of families. I’d love to see more places do groups like this. It’s a great way to share the gospel with kids,” he said, adding they partner with other churches and camps, offering self-defense training.

Perkins said the COVID-19 forced numbers to drop between 20 and 25, but in the past there have been 50 or so participants.

The R&R Church, Cape Girardeau, where they meet, may move to other quarters. Stone hopes a building opens up when the virus gets past, where the program can continue.