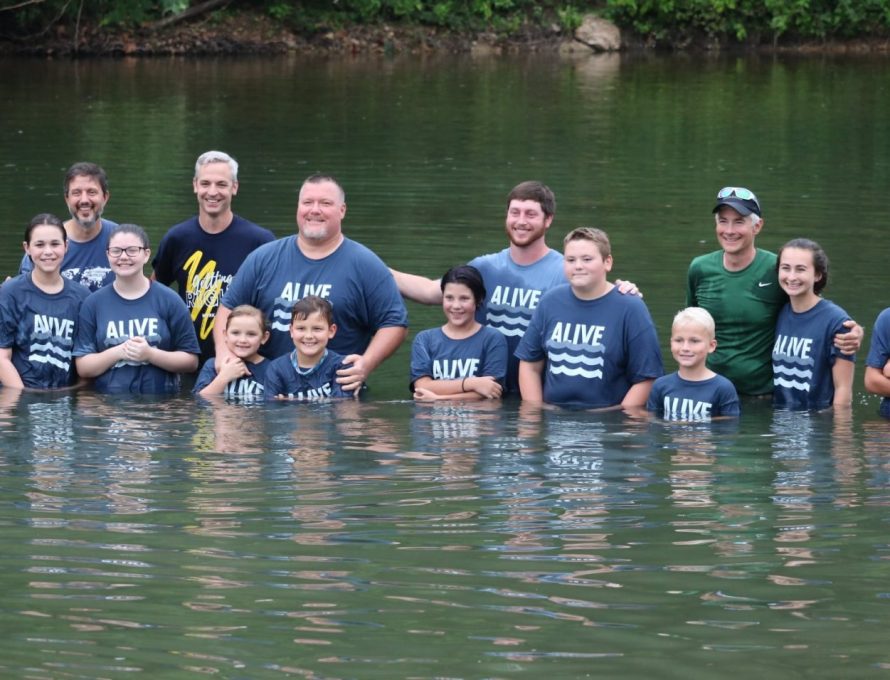 WEST PLAINS – Ten people of various ages were baptized in the North Fork River Aug. 30, near the Hammonds Recreation Center.

This was a rescheduled “first Sunday Baptism” of the church after coronavirus concerns.

King said most first Sunday baptisms are done as part of regular church services in the building.

“But in the Ozarks, a lot of what happens revolves around the river,” he said.

The river baptism was made an event by the church. About 175 people were served grilled hamburgers and/or hot dogs and homemade ice cream. Southern gospel music was played during the gathering.

King said the music and food help draw people and uses the baptism itself “as a platform for communicating the gospel. Often, these produce more salvations,” he said.