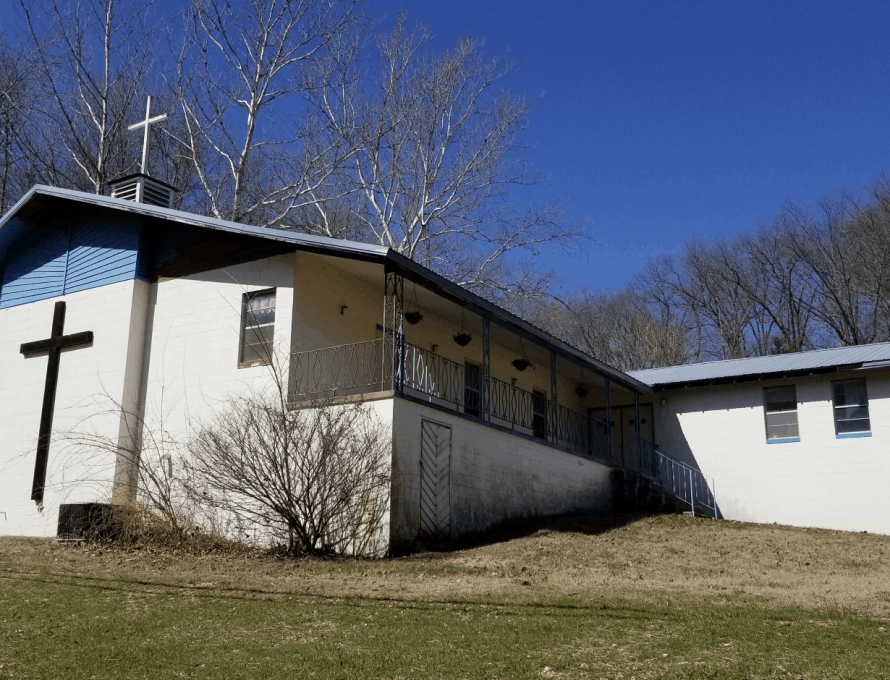 REEDS SPRING – An offering collected during the MBC annual meeting netted $4,148.80 to help with the construction of a building for a new church plant in Reeds Spring. The First Baptist Church of Kimberling City, seven miles down the road, is sponsoring the new church along with assistance from Tri-County Baptist Association.

The MBC Executive Board report included the proposal for the offering on Tuesday morning of the convention meeting.

There was a church named First Baptist of Reeds Spring for many years in the southwest Missouri town of 864 people. It has been a booming town for many years, providing for fishermen and tourists in the nearby Table Rock Lake and the Branson area. However, highway construction has caused many to bypass the town, and now the population is shrinking although there are many people in the general vicinity.

The church closed a few years back and the Tri-County Baptist Association received the property. Director of Missions Phillip Shuford had been praying about a re-start of the church. He led a group of pastors on a church planting vision and prayer tour one day. They called it the “Dry Bones Tour,” referencing Ezekiel 37 where the prophet asks, “Son of man, can these (dry) bones live?” (Ezekiel 37:3). They toured mostly closed church building sites where new churches needed to be started.

Shuford said the building was much in need of repair. Water had leaked into the basement and mold was growing so the group had to use protective masks as they toured the old building. It sat empty for about a year since it’s closing.

Shuford was delighted to receive a phone call a few months after the tour from First Baptist Church, Kimberling City. Shirley Funk, FBC’s children’s ministry director, was crying on the phone call to Shuford as she said their staff had discussed the possibility of starting a new church there and wanted to help.

Funk’s son is the coach at the public school in Reeds Spring, and she knows some of the children in the area. Others on the church staff, including Sean Gasper, youth pastor, also know a lot of Reeds Springs kids, and they come to the Kimberling City church on the bus.

Shuford said the association has sponsored some prayer walking efforts in the town along with a fall festival last year which drew over 300 kids for games and treats.

The pastor of FBC Kimberling City is Jeff Hardy. He said the new church will be called “The Spring.” The older church building has been demolished and initially plans were to build a community playground on the site. However costs for playground equipment were more than expected so they have decided to go ahead and build a multi-purpose building on the site and begin the church planting efforts.

“We hope to construct a building for about $75,000 to $100,000,” the pastor said. Efforts to raise that money are underway now. “It will be a metal building with a stucco front” Hardy said.

“We need a ministry center there now,” he added. The town has a higher than normal rate of crime and drug abuse for the area, according to church officials. There are as many as 500 single-parent families within a five-mile radius of the church demographic statistics report.

Jim Misloski, Missouri Baptist Convention developing leaders director, grew up in Reeds Spring, attending school there as a boy. He heard about the project and made a visit to his hometown a year or so ago.

“I was saved at the First Baptist-Reeds Spring church. I loved that place.” He was sorry to hear the church had closed. He stopped in at his old school, which has now become the city hall. “The police chief’s office was my 5th grade classroom.” Misloski and the chief sat and had a good visit about the needs of the town.

“I couldn’t help but notice on the city hall bulletin board, most all of the flyers and announcements were about abuse and addiction,” Misloski said. “My heart goes out to them. Reeds Spring has had a hard time—they are kind of in a ‘ditch…a low spot.”

Hardy and Shuford agree that this is a joint project between the church, association and the state convention.

“People are coming together to do Kingdom work,” Hardy said. “Get involved—if not here, somewhere else.”

He said about 80 percent of Stone County residents are not being reached for the Lord, but they believe God has the resources to start “The Spring” and again have a gospel witness in Reeds Spring in the near future.

Missouri Baptists who would like to become involved could contact Pastor Hardy at First Baptist Church, Kimberling City at (417) 739-4736 or e-mail at: fbckc@fbckc.com.