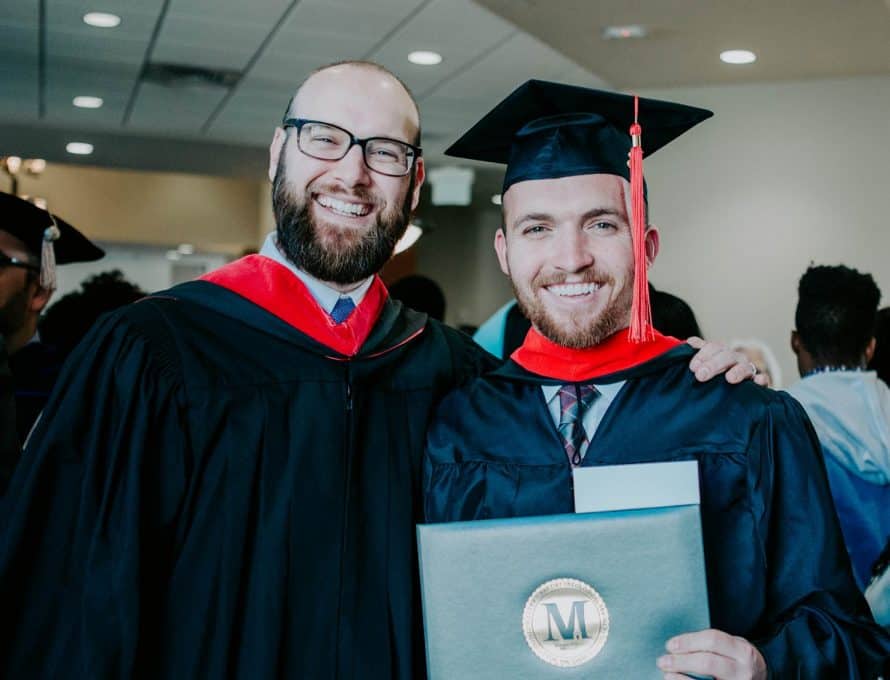 MBTS President Jason Allen delivered the graduation address, challenging the graduates to be courageous in carrying out their ministry calling, speaking from the Daniel 3 account of Shadrach, Meshach and Abednego’s experience with Nebuchadnezzar and the fiery furnace.

“The moral of this story is not that whenever you find yourself enduring a challenging ministry place or a culture bent on persecution, that you personally will be delivered,” Allen said. “The story is that Christ, who shows up [in Daniel 3] in preincarnate fashion, will be there with you.”

Allen outlined from the passage that the three men underwent a great test, exhibited great trust in God and experienced a great triumph.

First, Allen noted the pressure Shadrach, Meshach and Abednego faced from King Nebuchadnezzar to worship the idol or die. They stood by their faith in Yahweh, the true and living God, disregarding the king’s decree at the peril of facing death.

Similarly, Allen said there may be times of pressure in contemporary culture to go with the societal flow.

“Our culture in the 21st century increasingly demands that we forego Christian conviction and we get ourselves in line with the spirit of this age,” he said. “That we dispense with any exclusive truth claims and that we get along and go along, lest we be found on the wrong side of a culture that makes such weighty demands.”

Allen exhorted the graduates to be aware of these influences and stand firmly in their faith in Christ.

Secondly, Allen said Shadrach, Meshach and Abednego exhibited great trust in God to carry them through the trial.

This trust enabled them to face the mighty monarch and let him know that there is One greater than Nebuchadnezzar and that they would live and die for the Lord their God, no matter what was mandated by the earthly king.

This is as true today as it was then, Allen noted, and believers in modern times can have just as much trust for God to see them through their fiery trials.

Third, Allen highlighted the great triumph the men had over their situation. While they were not spared from having to endure the furnace, Christ endured it with them.

Concluding, he called on the Midwestern graduates to show the same courage and reliance on God that Shadrach, Meshach and Abednego had shown.

“Know in your fiery furnaces – whether it be a culture that presses in on you and the religious liberty in your station of service, or it be cantankerous church members or whomever would seek to do you harm – be men and women of courage who are trusting in Christ and have the settled courage and confidence these three men in Daniel 3 exhibited.”