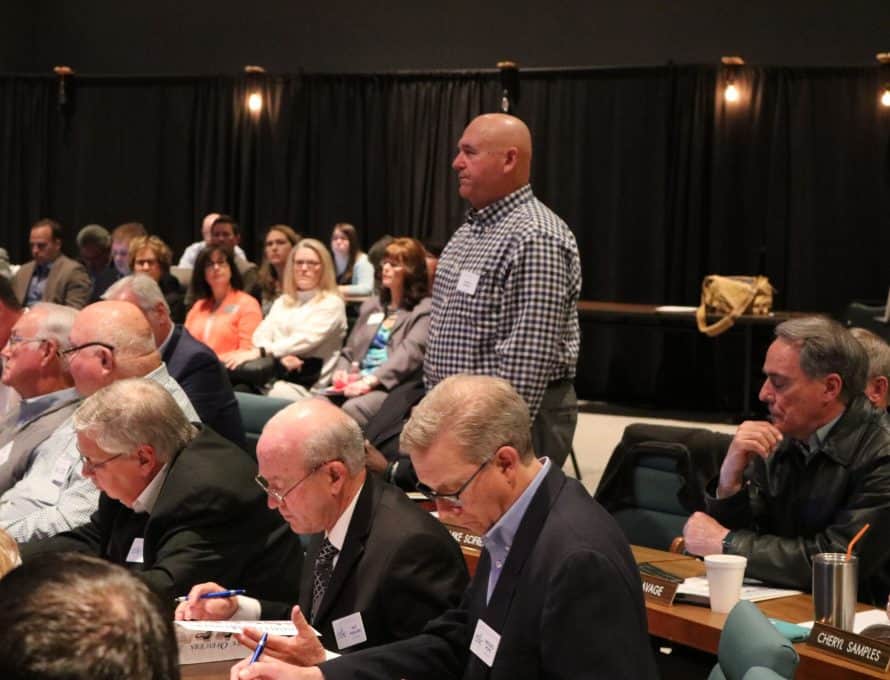 NASHVILLE, Tenn. – Members of the Executive Committee (EC) of the Southern Baptist Convention – including four from Missouri – gathered here April 17 in a somber meeting to pray for and nominate the search committee that will select their next president.

The six members of the search committee are:

The EC committee chair will serve as an ex officio member with voting privileges. Since Rummage, the current chair was elected to the committee, the new, incoming chairman in June will join at that time, bringing the total on the committee to seven.

While the Southern Baptist Convention is made up of churches, the 86-members of the EC act on behalf the SBC on a day-to-day basis. The EC president serves as one of the highest profile faces of the denomination. Frank Page, who served as the president beginning in 2010, retired March 27 after what he called “a personal failing.” In 91 years, there have been only six EC presidents.

“Joe has been a very solid leader in Southern Baptist life over the past 20 years, and I think he brings a good perspective as a lay person to the committee,” Shinkle said when the committee’s roster was announced.

Rush said the day was difficult, but necessary, and that she is praying for the search committee.

“They’re all godly men… and one woman,” she said. “I know they’ll follow God’s leading and find the right man God has for us.”

Daniel Carr, the senior pastor of Canaan Baptist, St. Louis, and another member of the EC, called the process “very healthy.”

“It’s been bathed in prayer,” he said, “and the people God has ordained are on the search team. It’s a sad day, but there’s a lot of hope. This hasn’t caught God by surprise at all.”

The EC does not control or direct the activities of Convention agencies, but it reviews their financial statements and recommends the Convention annual operating budget. In addition, it receives and distributes the Cooperative Program gifts Southern Baptists give in support of denominational ministries. It also performs other tasks assigned by the SBC and promotes the general work of Southern Baptists. To carry out these duties, the Committee employs an executive and professional staff in its Nashville offices.