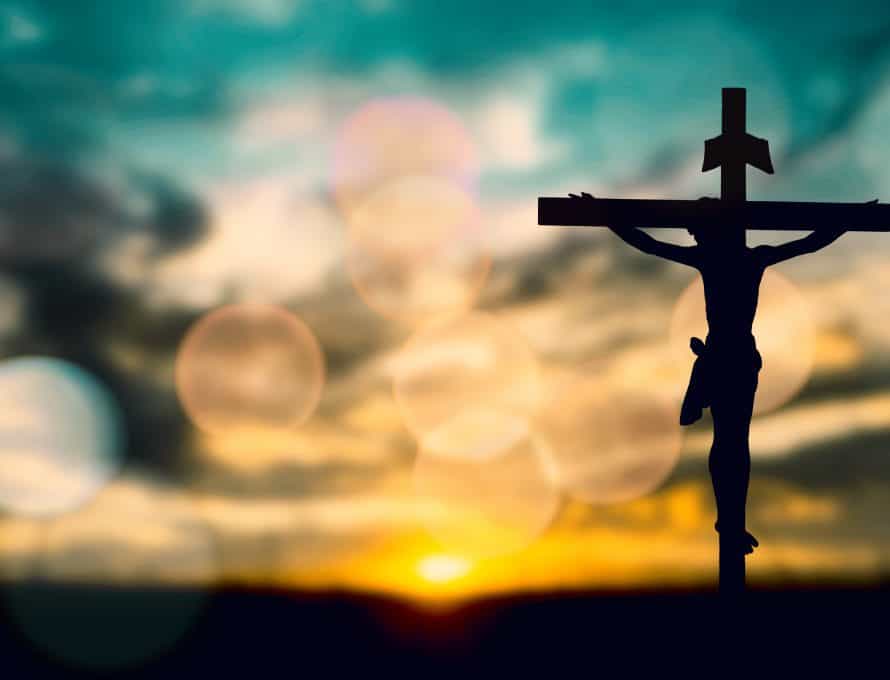 Silhouette of Jesus with Cross over sunset concept for religion, worship, prayer and praise.

This is the second in a series of articles on the Incarnation.

If Jesus is fully divine and fully human, how are we to understand the way in which these two natures work together?

At times, Jesus exhibits the fullness of deity – demonstrating His sovereign control over nature, forgiving sins, receiving worship, and knowing the thoughts of human beings.

But He also displays the full range of humanity – getting hungry, growing tired, and, occasionally, not knowing certain things such as the time of His return.

So, when Jesus is walking the earth, is He partly divine and partly human? Does He toggle back and forth between deity and humanity? Or is He simply an extraordinary human who is able to exhibit divine powers?

The message of the Incarnation is that the eternal Son of God became flesh – that is, He added sinless humanity to His deity, never relinquishing His deity or abandoning His humanity. This is sometimes explained by the term “hypostatic union” (from the Greek hypostasis).

In God Among Sages, Kenneth Samples writes, “Philosophically speaking, as the God-man, Jesus Christ is two ‘whats’ … and one ‘who.’” That is, Jesus possesses both divine and human natures (the “whats”) in one person (the “who”).

In Phil. 2:7, Paul writes that Jesus “emptied himself by assuming the form of a servant, taking on the likeness of humanity.” The Greek term for “emptied himself” (ekenosen) gives rise to “kenosis,” an attempt to explain how the two natures of Christ relate in the Incarnation.

A prominent heretical view of kenosis is that in order for Jesus to be human, He must shed certain attributes such as omnipotence, omniscience, and omnipresence. The phrase “emptied himself,” it is argued, means that Jesus laid aside His divine attributes. Therefore, the incarnate Christ was something less than God.

A more biblically faithful view is that instead of stripping Himself of divine attributes, Jesus retained them in His divine nature. But in union with His human nature, He may have voluntarily chosen not to exercise certain attributes of His deity.

Proponents of this view understand Phil. 2:7 not as undermining the deity of Christ, but expressing the surrender of the status and privileges He enjoyed in heaven. As Samples writes, “This action involved surrendering of divine glory rather than divine power.”

First, Ware notes that Paul expresses no doubts about the deity of Christ. The phrase “though he was in the form of God” (v. 6) employs the Greek word morphe, which refers to the inner nature or substance of something, not its external or outward shape.

Third, Jesus “emptied himself by assuming the form of a servant” (v. 7). The Greek ekenosen means Christ “poured out himself.” In other words, all who Christ is, as eternal God, is poured out. He loses nothing of His divine nature by pouring His deity into a human skin.