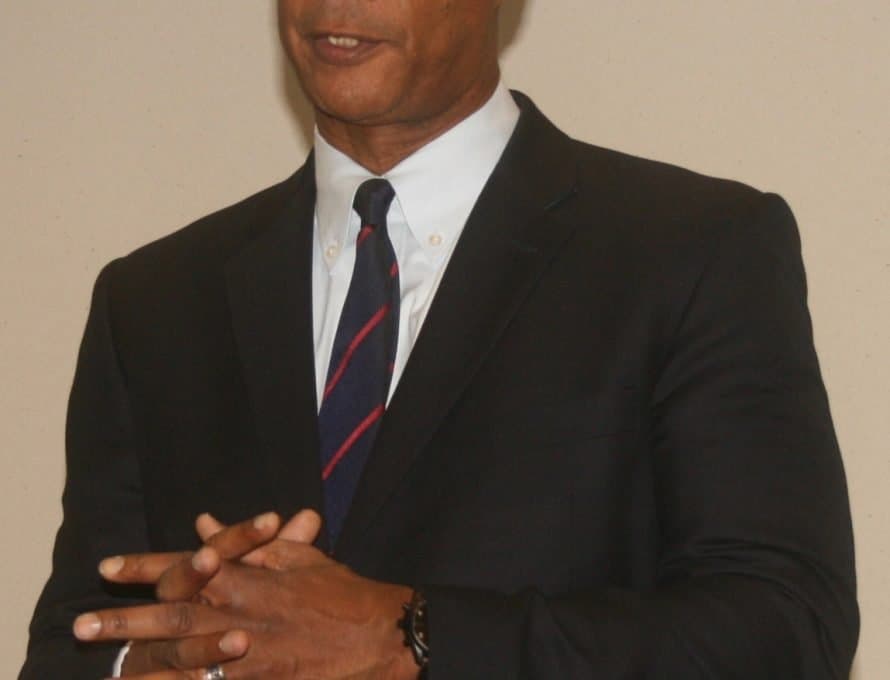 HANNIBAL – Major League Baseball fans know the glory days of Daryl Strawberry. For Daryl, that wasn’t glory. Far from it.

“I was a heathen, a liar, a cheater, a womanizer, a druggie. But by God’s grace, I was saved,” Strawberry said.

His alcoholic father was abusive and told Daryl “You’ll never amount to anything.” To prove him wrong, Daryl was determined to succeed in baseball.

“I was in pain when I put on the uniform because my dad said I wouldn’t amount to anything. I was broken inside. Loneliness brings brokenness.”

Daryl and his brother, in stopping their father from killing the family with a shotgun, almost killed the father themselves. He quit high school baseball once, throwing a jersey in the coach’s face, and almost quit again, haunted by his father’s pronouncement.

“I was introduced to Major League Baseball with cocaine, and I was told I could have whatever I wanted, girls, whatever. I felt I had arrived. I signed an $8 million contract and I was still broken inside. What they (celebrities) do does not define who they are.

“I accomplished things from a baseball standpoint, but not from a man standpoint. My only example was (New York Mets shortstop) Gary Carter. He was a Christian. As a player, I wanted that, but wasn’t sure how to get what he had. He didn’t live in a worldly way. He was free.”

Strawberry was “radically saved” at a 1991 Morris Cerullo crusade.

“I was hearing about Jesus, and crying the whole way. My mother always said ‘God will get it out of you.’

“God can do for us what we can’t do for ourselves. Jesus said, ‘What good does it do to gain the whole world and lose your soul?’ My soul was on the way to Hell. The devil is a liar. I now had a $20 million contract, and I was miserable.’

In a pre-speech press conference, Strawberry said “I don’t like baseball anymore. I don’t even watch it.”

“It’s amazing what God will do when you obey. God still does miracles. I’m a miracle.”

Strawberry urged people to have a relationship with Jesus Christ and to support HLGU because “this university is  going the right way.”