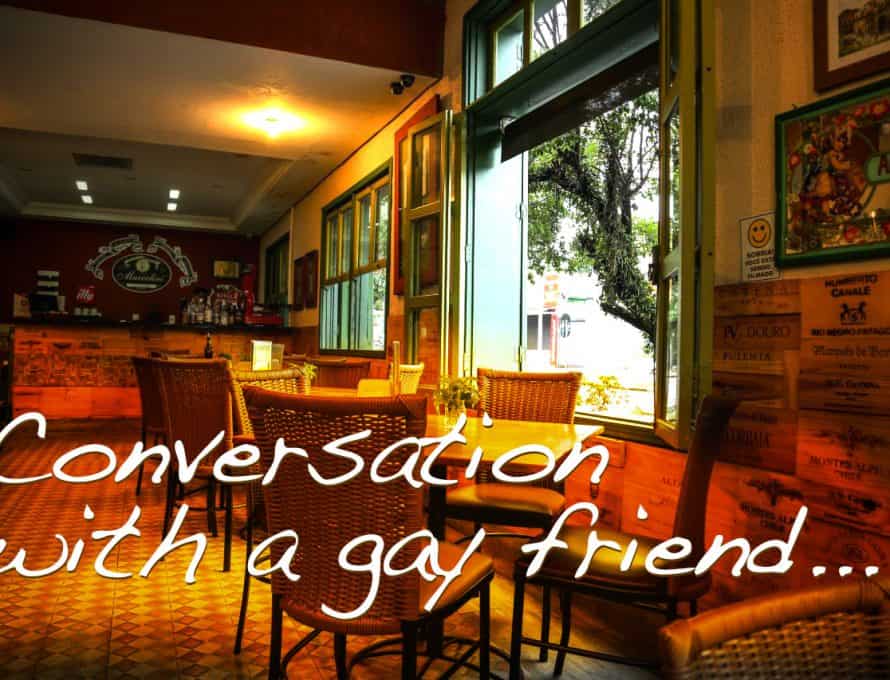 This is the last in a series of columns about same-sex attraction, adapted from the new MBC resource, “What Every Christian Should Know About Same-Sex Attraction,” available in print at mobaptist.org/apologetics and in Kindle format at Amazon.com.

A few years ago I joined leaders of a Christian non-profit organization in a meeting with executives of a Tennessee TV station. They were preparing to launch a new program catering to the LGBT community. We asked them to reconsider.

Among the TV executives was a lesbian. She wanted to know why Christians couldn’t accept her for who she is. It was the only time I recall speaking up, and I said something like this:

“I accept you for who you are, if you accept me. We are both sinners struggling with many desires, some good and some evil. The Bible teaches us how to tell the difference. At the end of the day, you and I must decide whether to act on our desires. When we come to the point of losing our shame over sinful behavior – and actually celebrating it – we find ourselves in deep spiritual trouble.”

It wasn’t the answer she expected. It neither confirmed her suspicion of Christian malice nor compromised biblical truth. The meeting ended cordially. A few weeks later the station premiered “Out & About.”

The experience raised my awareness that many who struggle with same-sex attraction think Christians hate them. Perhaps some do, in defiance of Jesus, who was soft on people and hard on sin. Following Christ’s example is challenging when the people we are called to love cast us as bigots, hatemongers, and hypocrites for opposing their conduct.

The apostle Peter urges us to always be ready to give a defense of our faith “with gentleness and respect” (1 Peter 3:15-16). So, perhaps this is a good time to rehearse a hypothetical conversation with a gay friend.

Q: Why do you hate people with same-sex attraction?

A: Have I said something to give you that impression? If so, I am truly sorry. In fact, if any Christian expresses hatred toward you, they have denied the command of Jesus to love everyone.

However, Jesus loved people enough to speak the truth to them. He confronted them about their sin while offering forgiveness. That’s something we both need. You and I share a natural tendency to live independently of God. Jesus calls us to repentance and offers us eternal life.

A: Actually, He did. He affirmed God’s creation of male and female, along with God’s intent for one man and one woman to be joined in marriage for a lifetime (Matt. 19:4-6). Anything outside of God’s design is sin – and that includes all forms of sexual immorality.

Jesus also affirmed the truthfulness of the Old Testament, which identifies homosexuality as sinful behavior; and He called Paul, who wrote against homosexuality, to be an apostle.

Q: What right do you have to interfere in my life? The Supreme Court says it’s legal to marry my partner.

A: Maybe so, but what is legal is not necessarily what is right. God’s standards remain the same because He is a God of supreme holiness who knows what’s best for us.

Q: The Bible says judge not, doesn’t it?

A: The passage you’re referring to is in Christ’s Sermon on the Mount and speaks to the issue of hypocritical judgment – focusing on the speck in someone else’s eye when I have a plank in my own eye. That’s not the same as upholding the unchanging standards of right and wrong found in the Bible – standards Jesus clearly affirmed.

A: That’s not my call. And it’s not God’s desire for you.

Q: You must think homosexuality is the unpardonable sin.

A: No, but you raise a good point. As Christians speak out against homosexuality, we should speak out with equal conviction against all forms of sexual conduct outside the bonds of monogamous, heterosexual, lifelong marriage. While some sins carry more severe human consequences, all sins grieve the heart of God and led Jesus to the cross, where He bore the penalty for my sins, and yours.

Q: But I was born this way.

A: The evidence says otherwise. Studies regarding the “gay gene” show that biological processes may influence behavior but do not determine it. Sin comes naturally to all of us. But Jesus offers victory over sin. The apostle Paul wrote to Christians who once engaged in homosexual acts and other sinful behavior, “Some of you were like this; but you were washed, you were sanctified, you were justified in the name of the Lord Jesus Christ and by the Spirit of our God” (1 Cor. 6:11).