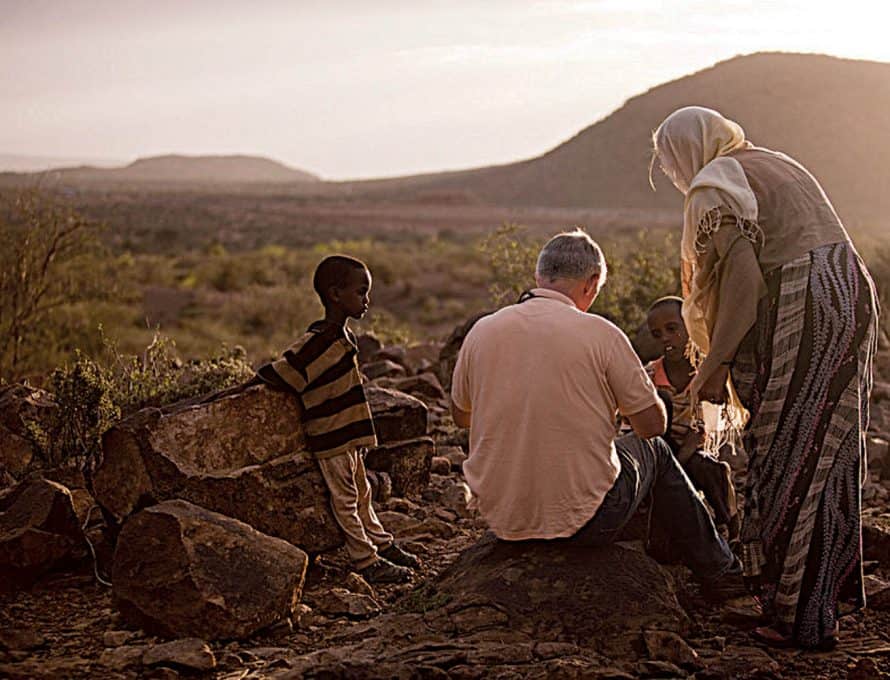 SPRINGFIELD – Nik Ripken is returning to Missouri in October to lead a three-day conference called “Servants in the Crucible.” The IMB missionary and author of “The Insanity of God,” broke Missouri Baptist hearts for deep lostness while speaking at the 2014 state evangelism conference.

“People don’t usually invite me back,” Ripken said in 2014. Now, he’s returning. “I’m not sure where Americans are going. But I think witness precedes church-planting movements. The primary place to worship is a family worshipping God together. It’s going to start with fathers in the home.”

“Servants in the Crucible” was developed after visiting 45 countries interviewing 450 believers who live in persecution as a normal way of life. Ripken and his wife, Ruth, have served for more than 30 years as IMB personnel, the majority of that ministering in the midst of persecution. They use pseudonyms for security reasons.

“Nik Ripken has a legitimate voice to speak into our lives; our carnal culture. This conference calls followers of Jesus to a new normal of bold witnessing that leads to new believers and small groups that can become churches,” Snowden said. “We learned through surveys the past two summers that the nations are among us—not as a threat, but as an opportunity. We are increasingly rubbing counter-culture society, too. This conference puts leaders in a room intent on transforming lives and communities with the Gospel.”

“The conference is a must training for all MBC partners as they serve on mission,” said Rick Hedger, MBC partnership  missions specialist.

The conference has become well-received across the nation because Christians are increasingly polarized from the rest of America’s culture. It is designed to help church leaders make disciple-makers in the midst of persecution and a postmodern culture. Making disciples of all people despite circumstances is the conference’s goal.

Churches and agencies consistently send missionaries to dangerous places. This conference is for workers wanting in-depth training. Missouri Baptists can learn through the stories of other believers living faithfully in persecution how they can live out their faith.

“The better trained and aware MBC partners are of potential persecution on the mission field, the wiser they will be as partners in the harvest,” Hedger said.

Because persecution is at the heart of the “crucible,” those who attend will walk away with a biblical missiology of suffering. And yet they will also become bolder, biblical witnesses for the planting of New Testament churches in the midst of environments defined by persecution.

Ripken is scheduled to speak during the CORE part of the MBC Annual Meeting. When it ends, Ripken will travel across Springfield to South Haven Baptist Church to begin the conference. “Servants in the Crucible” begins at 2:00 p.m., Wednesday, Oct. 28, and concludes with lunch on Friday, Oct. 30.

Attendance is limited to the first 300. Details and how to register are online at www.mobaptist.org/servants. The cost is $50 in advance by Friday, Oct. 9 and $75 afterward. University and seminary students may register at a reduced rate of $40.