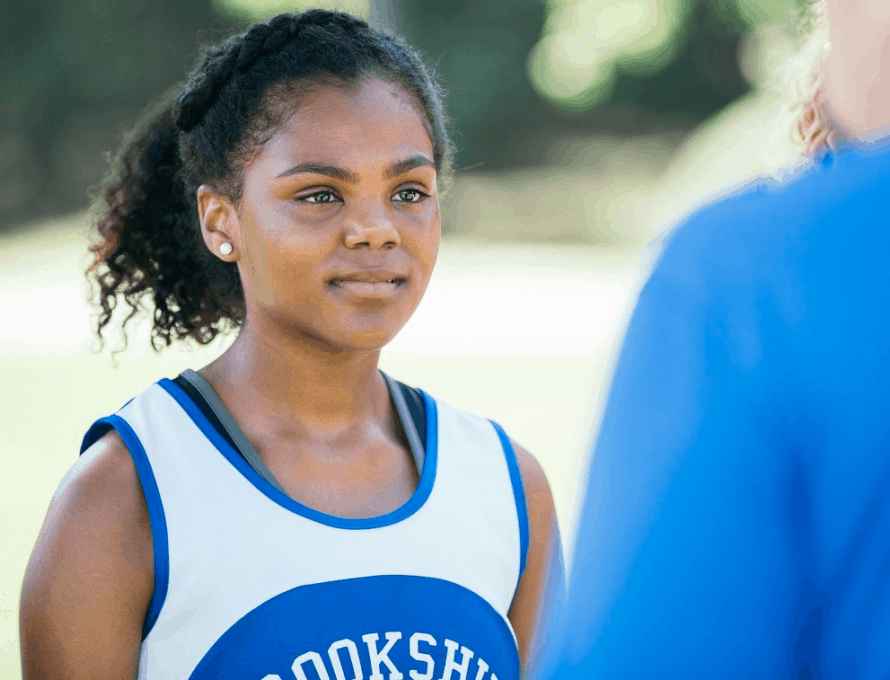 Aryn Wright-Thompson stars in “Overcomer” as a cross country runner with an identity crisis.

I can be a bit of a movie snob. Because of this part of my identity, I sometimes go into a faith-based movie with low expectations. In my mind, I’m being charitable by giving the plucky, low-budget underdog a chance, when in reality I’m probably being more than a little condescending. Many so-called “Christian movies” have earned a little condescension, but movies like “Overcomer” mean that sometime soon I won’t have to automatically grade them on a curve.

The latest movie from Alex and Stephen Kendrick (“Fireproof,” “Courageous,” and “War Room”), “Overcomer” represents another substantial step forward in the craft of Christian movie-making. If you even remotely enjoyed “War Room” or “Fireproof,” “Overcomer” is a must-watch. It’s rated G, and though it feels a touch long at 1 hour, 59 minutes, it should be enjoyable for the whole family.

It stars Alex Kendrick as a reluctant cross-country coach, John Harrison, at a school hit hard by budget cuts and families leaving left and right. Hannah, played by Aryn Wright-Thompson with a genuine, quiet shyness, becomes his only runner, though – much to Harrison’s horror – she has to run every step with an inhaler on standby. There’s also blind former track star Thomas, played by Cameron Arnett, who coaches Harrison through his obsession with winning to find his true identity.

“Who is John Harrison?” Thomas asks the coach, rhetorically. True identity then becomes the theme of “Overcomer.” It might be success on the field, or helping someone earn a scholarship, or being a good husband/father. For others, their identity might be wrapped up in their shortcomings, past mistakes or flaws. This is where “Overcomer” truly begins to hit its stride. It’s usually awkward seeing the gospel presented on screen. Sometimes it’s the result of bad acting (Kendrick has never been my favorite, but he’s definitely improving), and sometimes it’s just that we’re trying to shoehorn the gospel into a weak story. This movie – ahem – overcomes this tendency by showing an honest picture of discipleship and flawed characters. Instead of Jesus swooping in to fix all the characters’ problems, we see them finally align their vision of their identity with being a child of God, then address their conflicts from that new worldview. Even then, not everyone is ready to forgive and forget. Another reason it works is that when Priscilla Shirer’s character shares the gospel, it’s not coming from an actress that couldn’t make it in Hollywood and has “stooped” to making Christian movies; it’s coming from someone who truly believes what she’s saying and it shows. The result is that it comes off feeling more natural and satisfying than many “come to Jesus” moments on screen.

Alex Kendrick’s direction also continues to improve, and the story, penned by him and Stephen, is solid. Though you will see the main plot twist coming, there are some seriously creative decisions toward the end of the movie that made me smile and tear up.

The story lags a little in the first 20 minutes, but by the time we meet Hannah and Thomas, I was engaged and ready to soak up the rest. There are plenty of solid laughs, too, especially when Harrison gets roped into judging a drama competition.

I’m still a movie snob, but movies like “Overcomer” help me remember that that’s not my true identity.