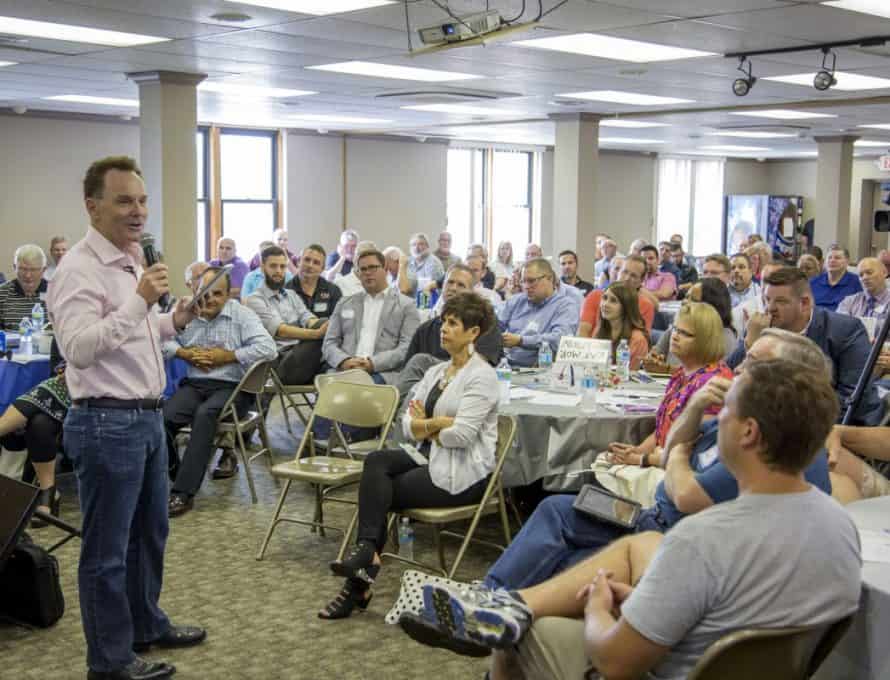 FERGUSON – A group of more than 200 pastors and Christian leaders gathered at the First Baptist Church of Ferguson on the day violence occurred in the early morning hours sparked by the one-year anniversary weekend of the shooting death of Michael Brown by a Ferguson police officer. Leaders from both sides of the Mississippi met together to hear the plans for and the challenges of Crossover St. Louis, which will precede the Southern Baptist Convention (SBC) annual meeting, June 14-15.

“This has been a city in crisis for more than a year,” SBC President Ronnie Floyd said. “When we set up this meeting, we didn’t realize it would be the anniversary of that horrible event. But, God did.”

“The entire metropolitan area needs an awakening,” Floyd continued. “We need to pray for an outpouring of God’s Holy Spirit. God is getting His people ready and this is our moment to make a difference.”

The impact of Crossover, a week of volunteer evangelism and service prior to the SBC annual meeting, was discussed in a panel discussion, and the theme of the upcoming Pastor’s Conference was announced.

“We have an absence of the gospel,” he said. “The challenge is to live as never before. We’ll deal with the subject of hardship because, if you are not experiencing it now, you soon will be.”

“These are both critical events,” Floyd said. “Ninety percent of the people in this area of 2.7 million people are lost, and God wants us to make a difference. God loves the people in this city, and He died for it. We want this to be a life changing event. We need to agree to make a difference,” Floyd said. “We must unify around Him and pray that He will empower us to spread the gospel and reach the world.”

“First,” he said, “we are going to partner with the new church planters throughout the city; next, we are going to work with existing churches; and third, we will bless this city.”

“We are going to help those school districts,” he said. “Some of our churches are already working with them and the doors are wide open. We are going to bless those districts. We all know the problems of St. Louis. Now, we want to be on the solution side.”

John Yeats, executive director of the Missouri Baptist Convention and SBC recording secretary, encourages pastors to take up these challenges.

“There are so many lost in the area,” he said, “this is a way to work together with the state and national conventions to pray for God’s grace to penetrate the lost pockets of the city and for us to make a concerted effort to make a difference. I challenge all of the pastors in the state to make this a priority like never before in our history.”