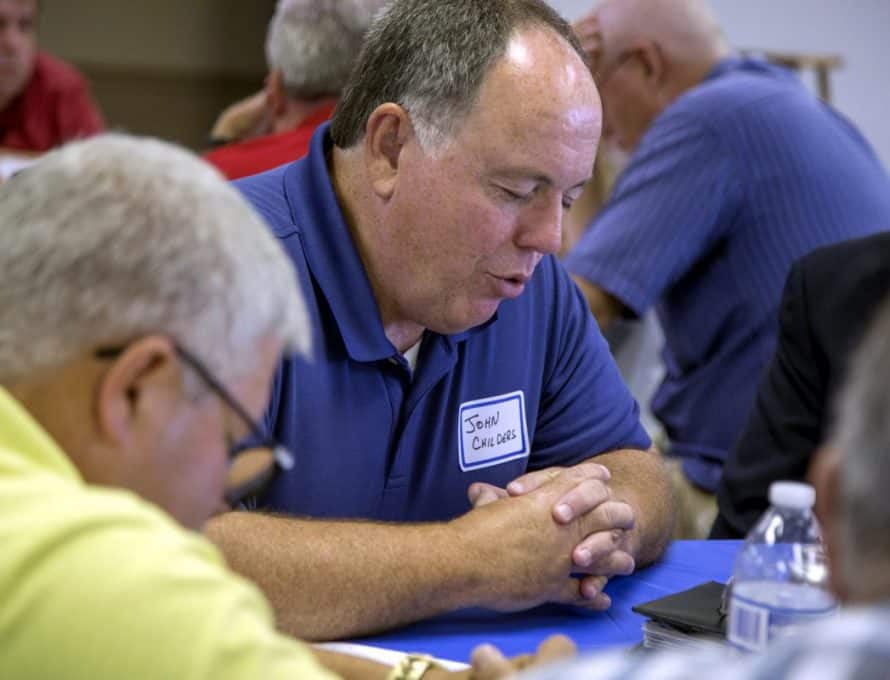 FERGUSON — Despite some violence that arose here, Aug. 9, during the one year anniversary of the shooting death of African American teenager Michael Brown by a white police officer, local church leaders have seen positive changes in both the community and the church.

“The Christian community,” Ken Petty, pastor of The Gate, said, “looks to transform the wider community where we live.  The racial divide was brought to the surface and many pastors and leaders began praying and leading to bring about harmony and healing.”

Stoney Shaw, pastor of FBC Ferguson, agreed that the church perception changed.  “I think our congregation became more sensitive and aware of community issues,” he said, “although we were doing a lot to minister to the community, now we are reaching the different groups in the community.”

Passage Community Church continues to work with the city government to repair homes.  “The look and feel of the city is the same,” Joe Costephens said.  “It is a stable North County city.  We’ve seen a lot more transparency with all people and many businesses and not-for-profits have invested in the restoration of the town.”

Passage has always invited mission teams to come in and help with the repairs in the community.  “We’ve definitely seen a downturn in the numbers of mission teams willing to come in,” Costephens said.  “They are hesitant because of the way the city has been portrayed.  But, those groups who did come, had a blast and a safe, amazing trip.”

“These groups did an excellent job,” he continued, “and we’ve made some good connections with the homeowners.”

Shaw said FBC Ferguson has served as a hub for the cooperation and partnering of many groups.  “Black and white have bonded together and we are accomplishing a lot,” he said.  “’We are One’ was a joint effort that was held at Faith Church in Earth City.  Out of that meeting, church leaders signed the Ferguson Declaration.”

The Ferguson Declaration was a Covenant of Reconciliation which outlined Christian doctrine and cooperative actions which were affirmed and pledged by the pastors of Ferguson and the metropolitan St. Louis area.

“We’ve also held monthly prayer meetings for all the community pastors,” Shaw said.  “It gives an opportunity to pray together and to get to know each other.  When people find out what the other is about, it builds acceptance and love.”

FBC has become a training center for the community as well.  “We’ve hosted the training with the Billy Graham rapid response team and the Adopt-a-Block,” Shaw said.  “Area Christians have also met at our church to study and plan the Adopt-a-School program taught by Tony Evans’ group (The Urban Alternative).”

Petty’s church has also reached across denominational lines with another church to promote a concert in Ferguson with the radio station, JOY FM.  “As Christians, we need to pray for our community,” Petty said.  “We need to be the light.  The community needs to witness the transforming power of the gospel.  I am hopeful and encouraged by what I’m seeing.”

Costephens agreed that people are making a conscious effort.  “People are showing more outward expressions of care and compassion,” he said.