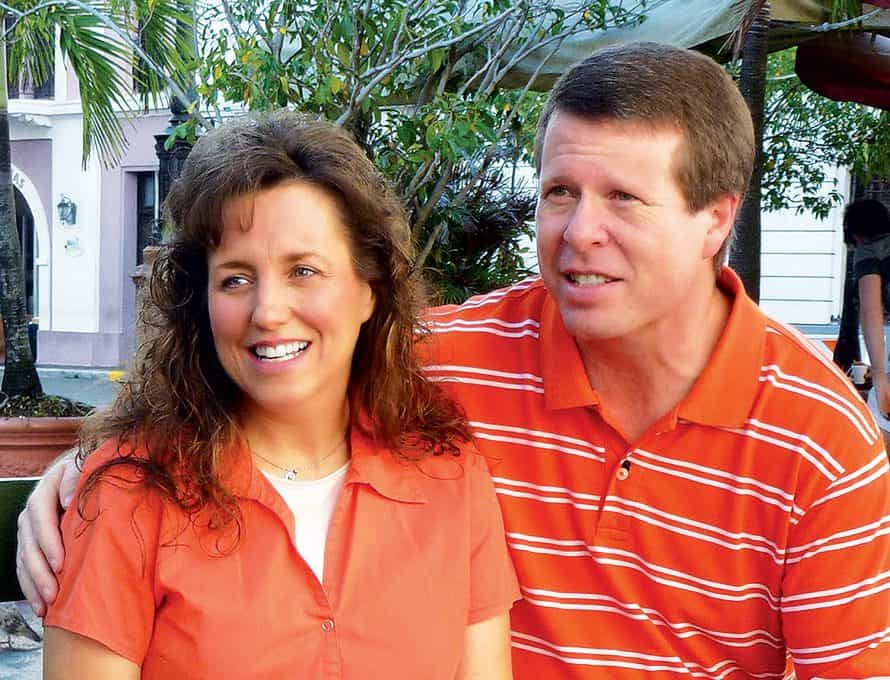 HANNIBAL – The crazy journey of Jim Bob and Michelle Duggar is a road of permeating faith and love.

They shared about their love for God, for one another, for their 19 children, and even for their enemies during the annual Booster Banquet at Hannibal-LaGrange University, Nov. 21.

According to HLGU President Anthony Allen, the university hired extra security during the Booster Banquet because the Duggars, stars of the TLC show “19 kids and Counting,” have faced recent accusations and even death threats from homosexual activists. In November, these activists launched a petition drive to cancel the TLC show because the Duggars opposed an LGBT ordinance in Fayetteville, Ark., and removed LGBT photos from their Facebook page.

“We love everybody, but we don’t always agree with them” Jim Bob said during a press conference before the Booster Banquet. He added that he is not concerned about the petition campaign.

“They won’t succeed,” he said. “Our show is the number one show on TLC. We love everybody. It’s a small group creating this fuss. All it has done is give us more exposure. We’ve gained 50,000 Facebook fans last week. God is expanding our borders through the national media.”

During the Booster Banquet, Michelle and Jim Bob shared how they met and fell in love in high school. They then said that they married 30 years ago and began using birth control pills to delay pregnancy. After getting off of the pill, they had their first child, Joshua. But then, Michelle began taking the pill again, but this time it led to a tragedy. The lingering drugs in her body contributed to the miscarriage of their second child. They were devastated.

“We were shocked. We were devastated,” Michelle said. “As believers, we love life. And here we were, enjoying holding this one baby (Joshua) in our arms and … realizing that, with our own hands, our own lack of knowledge, we had allowed our baby to be destroyed. And we wept. And we went before the Lord and we searched the scriptures, and we found that God says that children are a blessing and a gift and a reward from Him and at that point we said, ‘Father, forgive us and give us a love for children like You love children. Father we want to give this area of our life to You and we want to receive whatever gifts You want to give us.’

“And right after that, the Lord blessed us with twins! And another one…”

“And another one,” Jim Bob added.

“And another one,” Michelle said.

In 1997, the Duggars became involved in the pro-life movement when they learned of a pro-life rally in Little Rock, Ark., that unsuccessfully urged lawmakers to ban partial birth abortions.

“From that day, I was impressed to run for state representative. We only had nine children then. We were a small family back then,” Jim Bob said. “We need those with Christian values to run for office. If Christians would at least vote, we could win every election. We let other people with other agendas take control.”

On election day 2002, the family (then with 13 children) went to the polls for a civics lesson about ballots and voting booths. An AP photographer snapped pictures of them. Jim Bob got 22 percent of the vote. The Duggars thanked God for the loss, and said, “We’re ready for our next assignment.”

The New York Times ran the picture on page one the next day. That led to an eventual interview for Parents Magazine, and then an executive from Discovery Health Channel wanted to do a documentary on the family.

“We decided maybe this was an opportunity to share with the world that children are a blessing. We told them we wouldn’t do it if they edited out our faith,” Michelle said.

“If each of us dedicate ourselves to follow what God has put on our hearts,” Jim Bob added, “it will be an army to impact the world for Christ.”