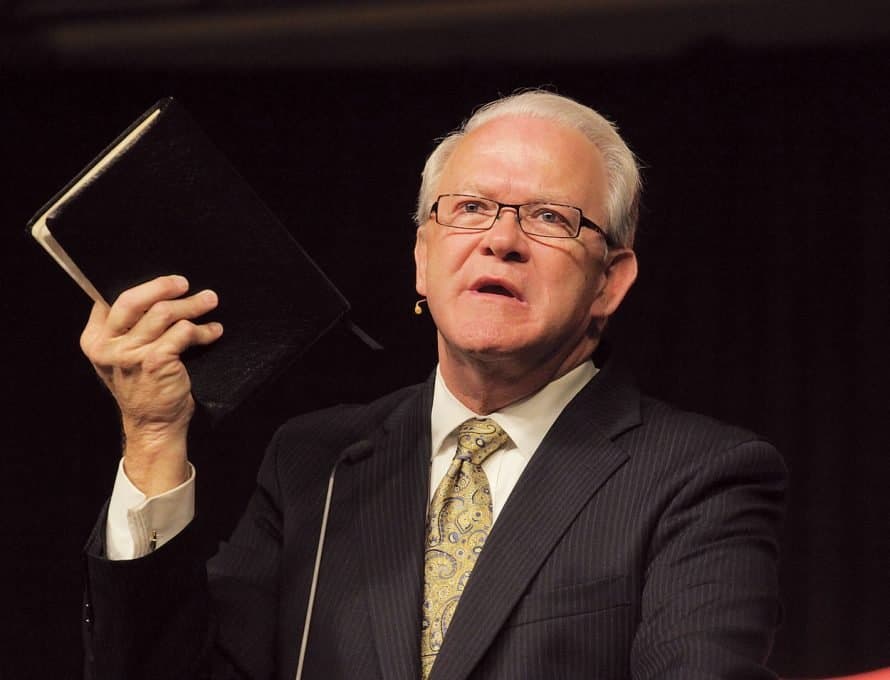 OSAGE BEACH – Six speakers encouraged church leaders at the Missouri Baptist Convention (MBC) Pastor’s Conference here Oct. 27. Addressing the theme, “Fanning the Flames Without Flaming Out,” the speakers reminded pastors that, while ministry can be lonely and discouraging, there is still hope.

Matt Kearns, MBC Leadership Development Team Leader with pastoral experience – including opposition, false allegations, and misinformation – shared how ministry issues he had once buried later returned to haunt his health. During the physical and spiritual healing process, he learned that “pain is necessary in change, but misery is optional.”

“Wisdom comes through hurt and trouble,” Kearns said. “Laughter is good medicine, and I can’t cover all the bases. God continues to teach me. There are many things that crowd life that don’t matter.

“Create a margin in your life to listen to God. It takes practice,” he added, reading Psalm 90. “Every day reflect on what God has done, and praise Him. If you already know it all, you are in danger. If you live in isolation, you are in danger.”

Thom Rainer, president of LifeWay Christian Resources, discussed the lessons that Paul draws from the lives of soldiers, athletes and farmers in 2 Timothy 2:1-7.

“Suffering is a small taste of identifying with one of great suffering, Jesus Christ,” Rainer said, commenting on Paul’s analogy of the soldier. “The soldier is to obey the recruiter, the commander in chief. To please all church members you must be omniscient, omnipotent, and omnipresent. Your call came not from a church member or seminary but from the Commander-in-Chief.”

Commenting on Paul’s analogy of the farmer, Rainer then said that many pastors have only “sprinkles of joys and celebrations.”

“A farmer gets the first share of the crops,” he said. “Stick with it and watch the harvest come. The most joyous pastors are in the word and in prayer daily and pray for their critics. Share the gospel, no matter how busy you are. Persevere and stick to it. Be faithful to the call.

“There should be no comparisons, no frustrations because this church is doing this and that one is not, no priority according to church size, no pecking order that has full time and bivocational. All of you have been given a unique ministry and God is not done with you. God has plans that are even better.”

“We need to start talking of the call of God,” he said. “You need to rest in the call. There are times things will go well and times things will not go well. The call is best received by a prepared heart. Samuel had to hear the call and heed the command. Many of us listen for the voice of affirmation from someone else. I came to the place where I care what people say, but I don’t care much.”

Michael Lewis, executive director of pastoral care and development at the North American Mission Board (NAMB), spoke about “leaders that last.”

“We all want to run the race, but so few pastors and pastors’ wives are hitting that tape with their arms stretched out in victory,” he said. “Ministry isn’t a dash. It’s a marathon.”

Lewis said that, according to a 2011 survey, more than half of those in ministry are discouraged. Another survey of 1,000 fallen pastors showed that none of them had any accountability.

“The loneliest place on earth many times is pastoring,” Lewis said. He then pointed Pastor’s Conference attendees to a pastors-for-pastors link on the NAMB website (www.namb.net/Pastors-in-Covenant/). This pastors-for-pastors page encourages Pastors in Covenant (PIC) accountability groups that meet periodically to encourage each other and talk about their relationships.

“PIC increases ministry productivity and gives a lift in the lows of the ministry,” Lewis said. “It’s not if you fall or stumble, it’s when you stumble. One godly layman said we’re all one second away from doing something stupid. Oswald Chambers said unguarded strength is a double weakness. Pastors need a lift with the ministry load, in family, in church conflict, in changing seasons.”

“He is worthy of our best because He gave his best,” Perstrope said. “And we’re to be thankful.”

Perstrope described the indescribable with the names of Jesus, like “Almighty,” “Alpha and Omega,” “Author and Finisher of our Faith”; with the characteristics of Jesus, like  faithful, everlasting, forgiving, good, gracious, humble, longsuffering; and then with the impact that Jesus makes, like giving us life, saving us and making us children of God.

Jeff Iorg, president of Golden Gate Baptist Theological Seminary, described the “painful side of leadership” in a sermon based on 2 Samuel 16.

“Sheep bite. Those in leadership have critics. You have those who correct your preaching or correct your wife,” Iorg said, counseling ministers as they face such criticism.

“First,” he said, “refocus resolutely on the mission God gives you. In criticism, if they capture your mind, they are winning.

“Second, reflect on the criticism. David recognized God allowed this  to happen,” he said. Sometimes God wants to teach ministers something through the criticism they receive. Sometimes the critics are right. But he added, “Some things aren’t worth giving time to. Toughen