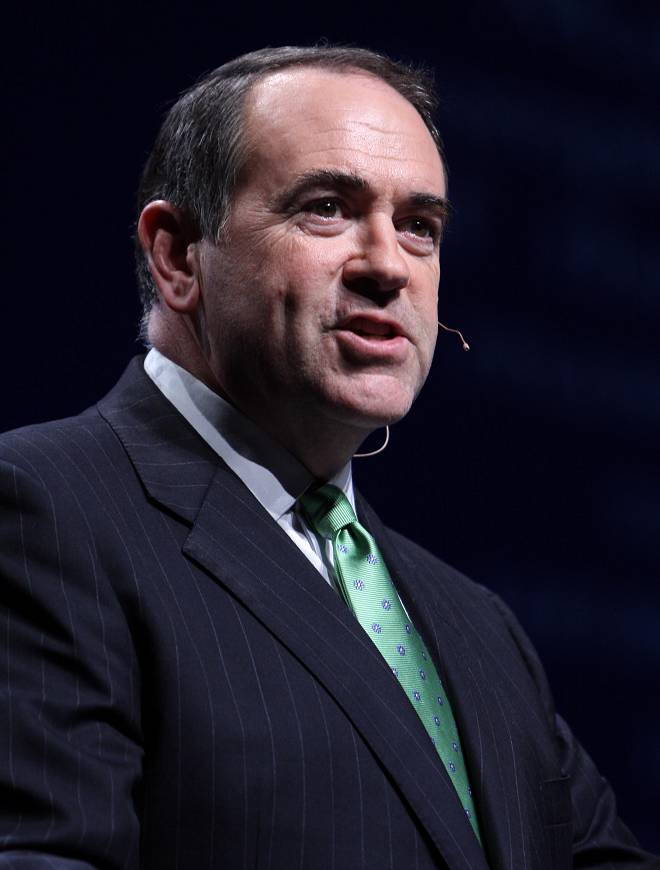 NASHVILLE (BP) – Former Arkansas Gov. Mike Huckabee is considering another run for president in 2016, he said on Fox News during his latest round of defending biblical values.

“When people ask me, ‘Are you open to the possibilities?’ the honest answer is yes. Does that mean I’m running? I don’t honestly know,” Huckabee, said on “Fox News Sunday” Dec. 22. “I think there is a lot of time between now and then and, frankly, the Republicans have a strong stable of possible candidates.

“What I’m looking [to do] is to find out whether it’s the right thing for me to do, and I’m not ready to make that decision,” Huckabee told Chris Wallace. “But I just don’t want to tell people, ‘Oh, no, I wouldn’t open my mind to it’ because that would be, frankly, dishonest at this point.”

Huckabee, who was a candidate for the Republican nomination for president in 2008, went on to say there is a 50/50 chance he’ll run, and while he has other projects to focus on in the meantime, he’ll “just keep that option open and make a decision after the 2014 elections.”

Huckabee, currently hosting his weekend “Huckabee” show on the Fox network, is a former pastor and president of the Arkansas Baptist State Convention.

Wallace noted that part of Huckabee’s appeal is that he’s a “populist who is concerned about reaching out to minorities, to working class folks who don’t typically or certainly in the last election didn’t vote Republican.”

Also during his appearance, Huckabee discussed the controversy surrounding comments made by Phil Robertson of “Duck Dynasty” regarding homosexuality.

“I think it has come to a point in our culture where political correctness has made it so that if you want to take a point of view that is traditional, that holds to steadfast, old-fashioned biblical Christian values, which are also, by the way, values of traditional Judaism and even Islam, that somehow you’re supposed to just shut up and keep that to yourself,” Huckabee said.

The Northeast is known as a rough part of town. Its buildings are run down, the stre