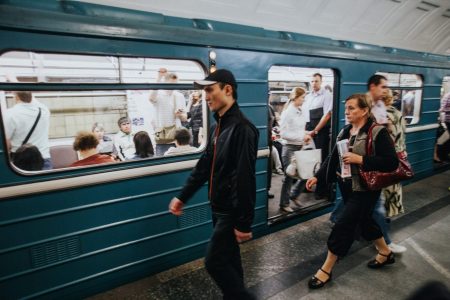 EDITOR'S NOTE: Lucy Campbell, who wrote this article, is a Journeyman serving in Eastern Europe. EUROPE—Tanya* is a ball of energy with laugh lines deeply engraved at the corners of her eyes. She is one of millions living in an Eastern European metropolis, but one of only a few pastors’ wives in her city. A few years ago, she and her husband moved to the city to start their now-thriving church of 30 to 40 members. They are part of a church planting movement of at least six new … END_OF_DOCUMENT_TOKEN_TO_BE_REPLACED 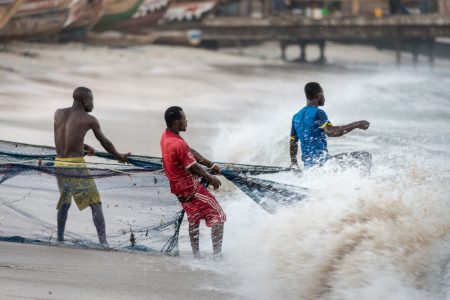 EDITOR'S NOTE: Lucy Campbell, who wrote this article, is a Journeyman serving in Eastern Europe. SUB-SAHARAN AFRICA — “I believe this. I want to be baptized.” Mark* was just one of the men recovering from heroin addiction at “The Well,” a rehabilitation center founded by Southern Baptist missionaries. His new start in recovery led to his new beginning in eternal life. Located inside a concrete building formerly frequented by heroin addicts, “The Well” serves those who live in the … END_OF_DOCUMENT_TOKEN_TO_BE_REPLACED

TAIWAN—Ming Wei* is a firm believer in the power of prayer. Eight years ago, when she moved back to her husband’s hometown, she began to pray for the opportunity to make a difference in this dark part of Taiwan. This town of 50,000 has only two Christian churches but is home to countless temples. Two years later, the opportunity to work with children provided the perfect chance. Wei and others taught Bible stories and songs and held camps and other activities to share Jesus’ love with … END_OF_DOCUMENT_TOKEN_TO_BE_REPLACED 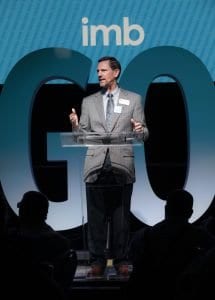 BIRMINGHAM, Ala. – Two men baptized in Missouri churches were among 26 new missionaries appointed by the International Mission Board during a sending celebration at the Southern Baptist Convention’s annual meeting, June 12. Lev Fields*, along with his wife Elsie* and their daughter, will be serving in Northern Africa and the Middle East with the IMB. Although they were sent by a church in North Carolina, Lev was baptized in Missouri. He and Elsie shared with Southern Baptist messengers … END_OF_DOCUMENT_TOKEN_TO_BE_REPLACED 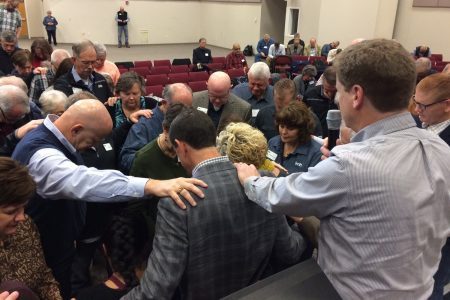 ROCKVILLE, Va. (BP) – About a decade ago, Paul Chitwood became convinced God was calling him to mobilize missions and missionaries, he told International Mission Board trustees. That call culminated today (Nov. 15), he said, with his election as president of the International Mission Board. "Being a member of this board for eight years changed my ministry and it changed my life, so much so that [my wife] Michelle and I questioned whether God had called us to overseas missions," Chitwood, … END_OF_DOCUMENT_TOKEN_TO_BE_REPLACED 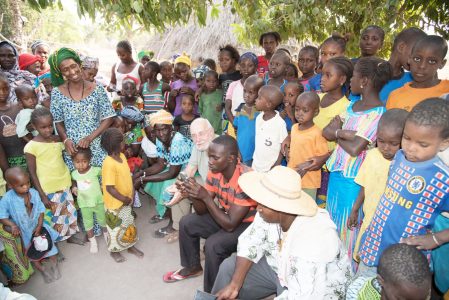 ARNOLD – Jim Nicolls thought he’d just been broken for the people of northern Mexico. Surely, that’s why he wept through the night during his first mission trip in 2000, when he led a construction crew in building houses at a squatter’s camp along the U.S.-Mexico border. “That first night, I just laid there all night, weeping,” he recalled. “God broke me. I kept saying, ‘Why, God, am I here, and they’re there?’” More than the spiritual lostness, it was the “abject poverty” that existed … END_OF_DOCUMENT_TOKEN_TO_BE_REPLACED 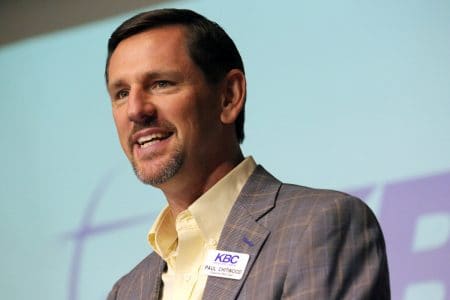 RICHMOND, Va. — The International Mission Board trustees’ Presidential Search Committee announced Tuesday, Nov. 6, that the committee will recommend Dr. Paul Chitwood, 48, to be elected as the 173-year-old entity’s 13th president. The vote to elect Chitwood is scheduled for the Nov. 15 plenary session during the Nov. 14-15 IMB board meeting in Richmond. A former chairman of IMB’s board of trustees, Chitwood currently serves as executive director of the Kentucky Baptist Convention, the … END_OF_DOCUMENT_TOKEN_TO_BE_REPLACED 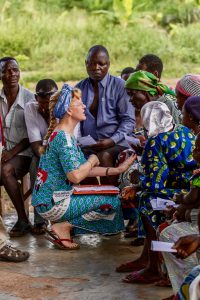 BENIN, West Africa – In the country that birthed voodoo, Beninese Baptists are working collectively to pray for and support the spread of the gospel. It’s a story IMB missionary Barbara Singerman can’t share without tearing up. “They are investing in missions,” she said. “They are expressing a love and appreciation and oneness —participation in the work. We are completely overwhelmed.” She and her husband, Jeff, lived in the West African country of Benin for 24 years. When they moved to … END_OF_DOCUMENT_TOKEN_TO_BE_REPLACED

JINJA, Uganda – Lauren Ziehmer distinctly remembers being in church around the age of twelve and listening to Ms. Ruth. Ruth founded an orphanage in Africa and was sharing about the physical and gospel needs of the children there. As Ziehmer listened, she also heard God’s calling on her heart, setting her apart for a specific purpose. As she got older, doubts crept in and she not only questioned it, she almost felt ashamed she dared think she could ever serve in that way. Over the next … END_OF_DOCUMENT_TOKEN_TO_BE_REPLACED 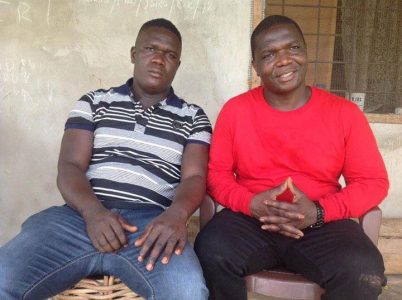 KANSAS CITY – Four-year-old Man Jalarue looked on as a huddle of armed Liberian rebels debated whether he should die. A week earlier, the insurgents flooded into the boy’s village, Zuajah, in the interior of Liberia. The year was 1992, and Liberia had already experienced three years of violence in a civil war that would ultimately take the lives of some 250,000 people. Now the conflict came to Man’s own home. When it did, the boy’s family fled one way, but he fled another. Into the bush … END_OF_DOCUMENT_TOKEN_TO_BE_REPLACED 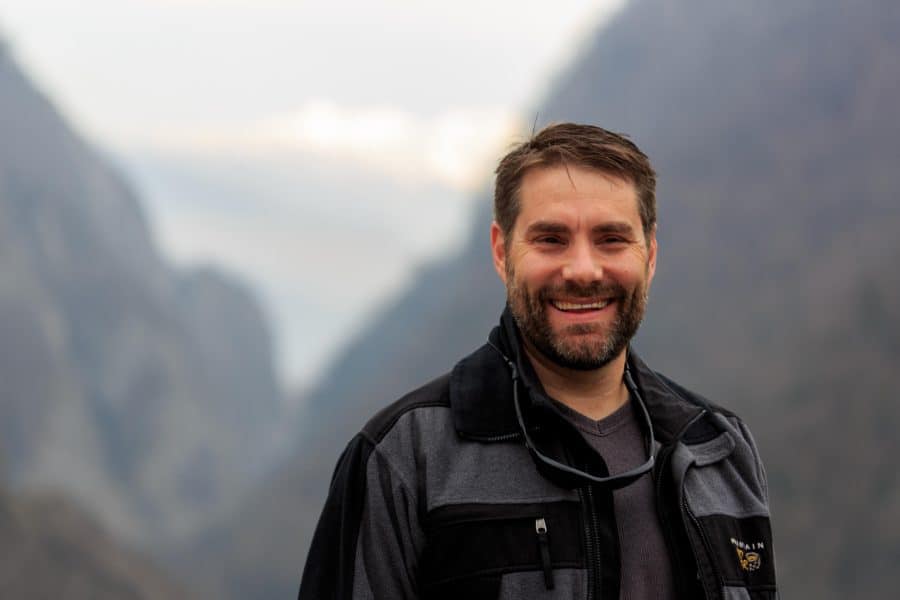 PORT-AU-PRINCE, Haiti – Since 2008, Scott Brawner has been active in ministry and security efforts in Haiti. He is the president and co-founder of Concilium, a Kansas City-based organization that provides training for missionary efforts across the world. Brawner is also executive director of Fusion, a missions training program for young men and women on the campus of Midwestern Baptist Theological Seminary. Prior to this, he served as director of risk management with the International … END_OF_DOCUMENT_TOKEN_TO_BE_REPLACED

JEFFERSON CITY – More than 100 student missionaries will be deployed by the Missouri Baptist Convention this summer to bring gospel transformation throughout Missouri and beyond. The number of student missionaries involved in the MBC program have nearly doubled over the past two years. These students will serve for 10 weeks with churches, associations and other ministries across the state. They also serve as small group leaders during Super Summer, the MBC’s camp for youth held annually at … END_OF_DOCUMENT_TOKEN_TO_BE_REPLACED