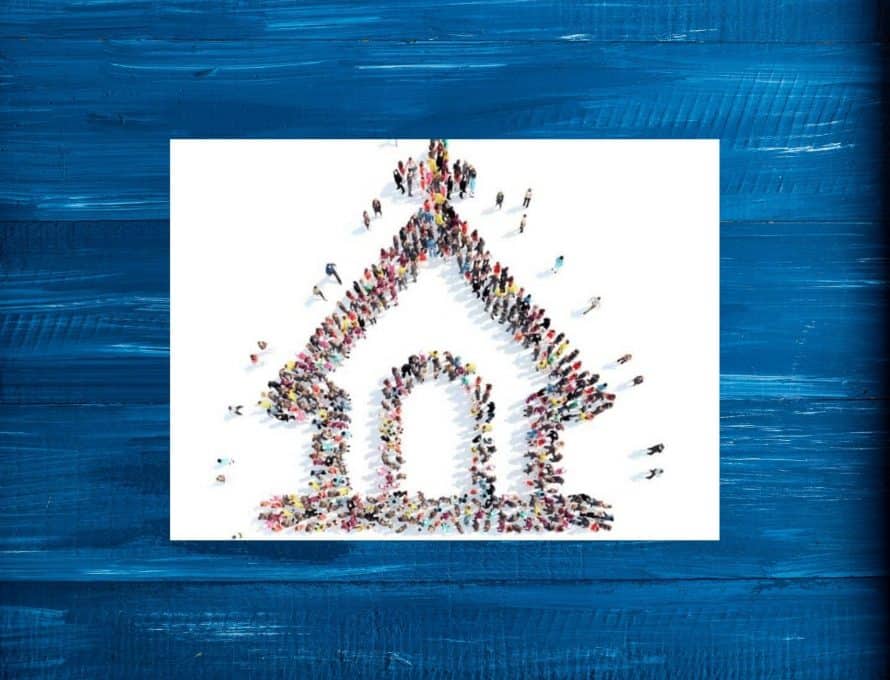 DAWN – The farm implement shed holds tractors and farming implements.  But on Sundays, chairs are set up in an open area and there is a wooden cross standing in the corner.  A coffee bar welcomes church attenders.  The machine shed becomes a church building.

Shawn Hughes grew up in north-central Missouri and his daddy, Bill Hughes, always dreamed of his son working with him on the family farm.  But God called Shawn to preach soon after he received Jesus as Savior in his late 20s. 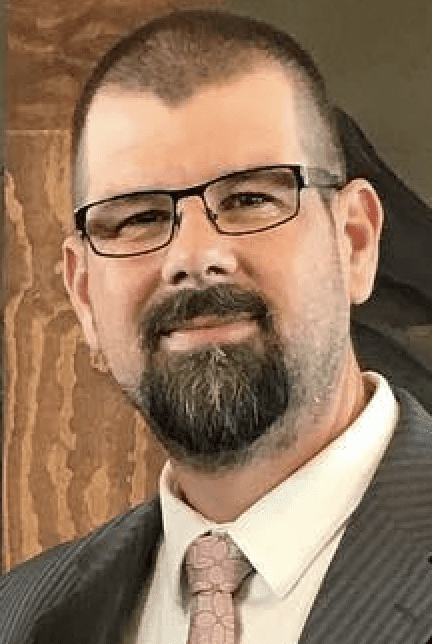 He said he had been abusing alcohol, had marital issues and was contemplating taking his life.  But he drove up to the parking lot of Calvary Baptist Church, Chillicothe, where he saw a friend named Brent Reeder.  He talked with Reeder and before long he was in the church in a little office asking Jesus to save him.

He patched things up with his wife and was baptized at Highview Baptist Church (where his wife, Kristi, had connections).  Hughes said it was a little rocky at first.  He was on the church league softball team and a ball was hit over some players head and Hughes let out a string of curse words.  That seemed out of place. An awkward moment.

He did some serious business with the Lord and began feeling a call to preach.  So he enrolled in the undergraduate program of Midwestern Baptist Theological Seminary, Kansas City.

He began serving as a pastor in Ludlow, later in Utica (small towns near Chillicothe). Then after college, they moved for a few years to the state of Louisiana where he was a pastor.

But his daddy had always dreamed of Shawn working with him and taking over the family farm.  When that didn’t happen, Bill Hughes was pretty angry at his son. He said, “If you go (to seminary) don’t ever come back!” Shawn was hurt, but he needed to follow God’s call.

Bill Hughes even went so far as to refuse to talk to his son for a few years.  This hurt Shawn, but he continued to love his dad.  His mother, Martha, attended church on a semi-regular basis and she told Shawn she was praying for them.

Some years later when the Hughes family moved to Manchester, Illinois, where Shawn became pastor at Manchester Baptist Church, things begin to thaw out a little in the broken relationship.

Then Bill’s health began to fail.  Shawn and the family determined they needed to find a way to move back to north-central Missouri and help out with the farm.  He resigned the church and they came back home to help Bill with the farming operations. 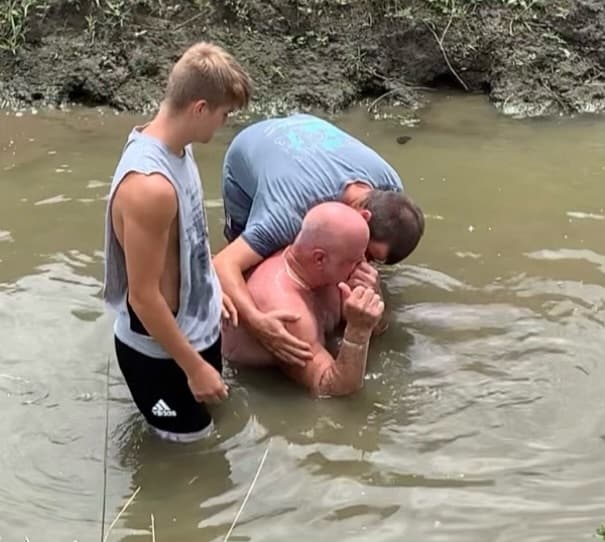 DAWN – Pastor Shawn Hughes, of Harvest Bible Church, baptizes his father, Bill Hughes, in a creek behind their church which is located on a farm near Chillicothe. Wesley Hughes, the pastor’s son, assists in the baptism. The church meets in a machine shed on the Hughes’ property. (Photo courtesy of Harvest Bible Church)

Where to go to church became a question.  The extended family was having a get-together on a Sunday and asked Shawn if he would be there. He said they couldn’t come because they would be in church.  His sister suggested he preach at the family get-together.  So he stood on the front porch of the house and they had a family worship service.

It seemed like the right thing to do. They did it again, and again.  Then it kind of morphed into a church plant.  Before long others in the neighborhood were attending worship in the family garage.  Later they had enough of a crowd that they moved into the machine shed.  It got cold in the winter so they put up some insulation and installed a heater.  People dressed in coveralls and kept blankets on their laps.

But while there was a church being established in Bill Hughes’ machine shed, there was an empty spot in Bill’s heart.  He would sometimes call Shawn and ask him questions about the Bible.  One day he called up his son and said “I’m not afraid to die any more.”  He had prayed to receive Christ by himself out in the machine shed.

The new church rejoiced and they held a baptism service in the creek out behind the shed.”  Shawn said, “He is getting up in years and I knew we could get him down into the creek but I wasn’t sure how we were gonna get him up out of there.”  But the church rejoiced as daddy Bill was baptized.

Now Bill takes his side-by-side ATV and goes up and down the country roads inviting people to his farm for church services. There have been many more baptisms in the past few years – 12 this past year. About 65 attend the new church.

The church plant is now sponsored by First Baptist, Chillicothe. Pastor Rob Hurtgen  told Shawn when he heard about the family chapel being established “We want to be a part of that.”

Now the SEND Network of Missouri has come alongside the church plant, which is being called Harvest Bible Church, to support and encourage.  Shawn meets with other church planters monthly to learn more about the church planting process and to bounce ideas off of each other.

For now, the machine shed is a pretty good place for farm families in the Dawn area to meet for church.  Asked if another location is being considered, Shawn said, “Maybe but for now we are glad to meet in the shed and people seem to like the informal location.”

Shawn said he appreciates the support of Missouri Baptist churches through the Cooperative Program which make it possible for a new church in the Dawn area to exist.