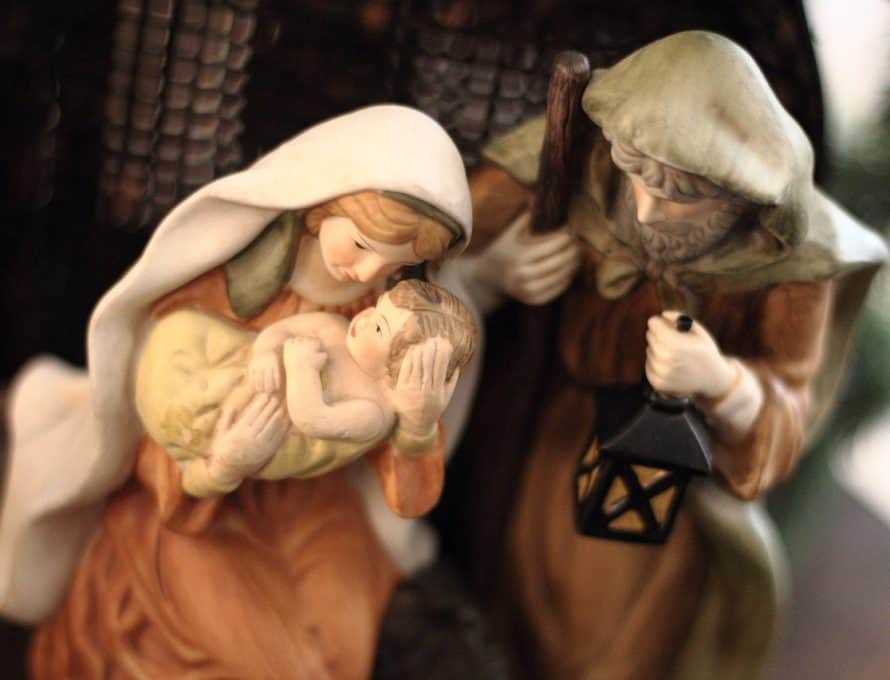 “We had 1,737 people come through this year,” says Campbell, co-director of the presentation.

Journey to Bethlehem is an interactive presentation with visitors passing through various stage sets on their way to Bethlehem at Christ’s birth. Campbell said the church presents the gospel story as an outdoor drama because “there are people in the community that never stepped inside a church before” and don’t understand the true meaning of Christmas.

“One year, we had a little girl turn to her mother and say, ‘Mommy, what does Jesus have to do with Christmas?’ when she got to the manger (scene),” Campbell said. “The sad thing was, the mother said, ‘I don’t know.’”

This was the seventh year the church presented the annual drama (though it was cancelled in 2020 due to COVID concerns). Visitors joined biblical “families” of 30 people each on their way to Bethlehem to pay Roman taxes.

Along the way stern centurions sometimes hastened the groups. Families were guided through dozens of scenes depicting events and places that would have been familiar to the biblical Joseph and Mary. They encountered a rabbi, tax collector, wise men, shepherds, market vendors, inn guests, and other travelers.

Eventually, the families ended up at an inn.

As Joseph and Mary learned, visitors also discovered the inn full. “We have people sitting in there so it’s really full,” Campbell explained. Families were directed to a stable.

There, they encountered live farm animals and saw Joseph, Mary, and Jesus depicted. A narrator explained how Jesus is the Christ, who came for our spiritual salvation.

A final scene included a short evangelistic message by interim Pastor Ron Zamkus and the opportunity for visitors to have people pray with them.

At The Pathway’s press time she was still following up with counselors to learn what spiritual decisions were made. However, she said the church also wanted to help people think about the real meaning of Christmas. “We pray before we go out. We always pray that seeds will be planted.”

The two-night turnout was held on December 11 and 12—a weekend that started with deadly tornadoes roaring across the Midwest and Kentucky. The storms caused minimal damage to the Bethlehem structures and scenery, which were repaired before the first presentation.

Campbell said the event involved 300 volunteers as actors, musicians, security, greeters, and other roles each night. In addition, dozens more built and assembled the scenes.

Campbell said as church members put their skills and talents toward making the drama a success it also fostered church bonding. “It’s the body of Christ: You see it working so well together.”