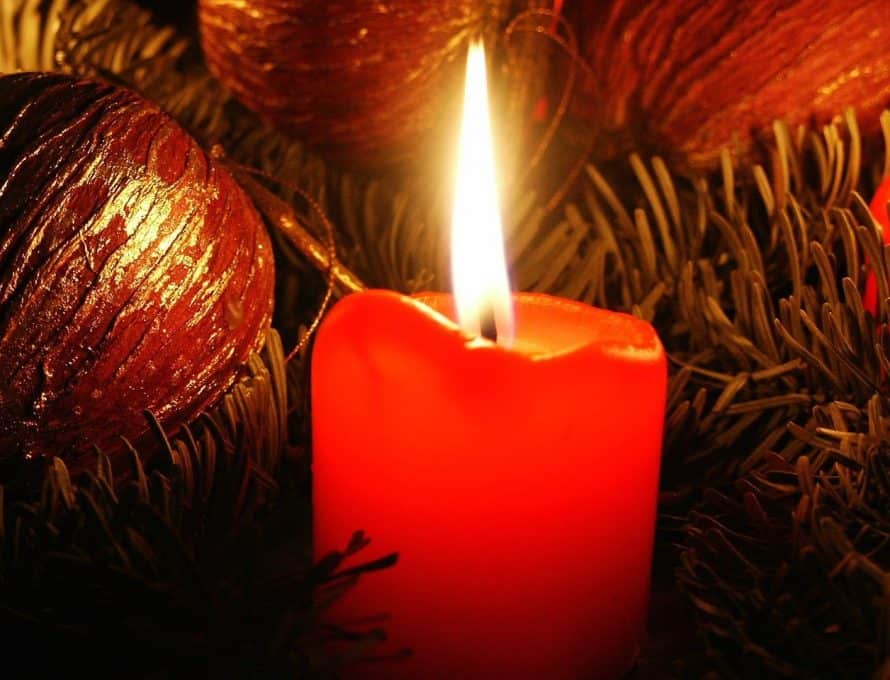 By now, many homes and churches are sporting an advent wreath, a greened-wreath typically containing five candles. In a majority of advent sets there are three purple candles, a white candle in the middle, and . . . a pink candle. It is not a mismatch; it has purpose. Before I discuss that purpose, let’s review the season of Advent.

Advent means “coming.” The celebration of advent started around the fourth century A.D. in northern Europe in the Gaul area (it didn’t seem to be celebrated in Rome until the sixth century). It was created as a time to spiritually prepare for the Christmastide, and actually marks the beginning of the church year commencing four Sundays before Christmas day. But advent also means “coming,” as in the “second coming of Christ.” We tend sometimes to forget this part of the story.

As I established earlier, the wreath has five candles. Three purple, one pink, and then the center candle, known as the Christ candle. The first, second, and fourth weeks see the purple candles lit, the third week the pink candle, and the Christ candle on Christmas day.

“So why the pink candle?” you ask. Well, this candle is for the third Sunday.

The third Sunday of Advent is known as Gaudete Sunday (pronounced: GOW-day-tay). Gaudete is Latin for “rejoice,” and it marks the third Sunday, or halfway point, of Advent. Advent was originally meant to be a time of penitence and fasting, much like Lent before Easter. The mid-point of advent to give an emotional lift to the worshipper was Gaudete Sunday, a celebration of the coming of Christ. The adjoining Scripture is the famed “Rejoice” passage found in Philippians 4:4-6:  Rejoice in the Lord always; again I say, rejoice. Let your forbearance be known to all, for the Lord is near at hand; have no anxiety about anything, but in all things, by prayer and supplication, with thanksgiving, let your requests be known to God.

Pink is the symbol of rejoicing.

So Baptist, why advent? It isn’t in the Bible (however “Christmas” isn’t exactly in the Bible either). Advent is a way to journey together to a common and beautiful destination of Christmas. Yet advent also reminds us that our journey is not over. We should constantly remember that we currently dwell in the “Already/Not Yet:” sealed for the day of the Lord, yet awaiting His awesome and universe-changing second coming.

So light a candle, rejoice and pray like the early church, “Come, quickly Lord Jesus!”