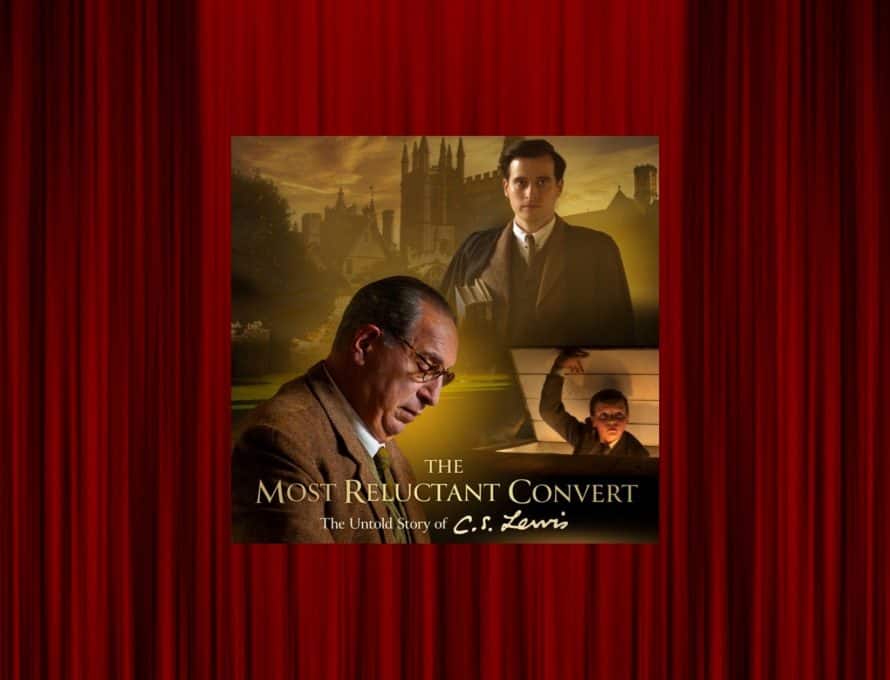 JEFFERSON CITY – Admirers of C.S. Lewis have no shortage of resources for learning about this Oxford don and author who became one of the 20th century’s most influential Christian apologists. In 2005, Day of Discovery released a four-part documentary, The Life of C.S. Lewis, and more recently one of Lewis’ biographers – historian and theologian Alister McGrath – has released an ongoing series of podcasts on the man. Naturally, it’s called, “The C.S. Lewis Podcast with Alister McGrath.”

Lewis not only authored fiction works, like his seven-book Chronicles of Narnia and his less well-known (yet thrilling) space trilogy, but also best-selling explorations and defenses of the Christian faith, such as Mere Christianity and Miracles. So, for some, it may come as a surprise that this great defender of Christianity once was an atheist.

His journey from atheism to faith is the subject of The Most Reluctant Convert: The Untold Story of C.S. Lewis. This new docudrama was released for a one-day showing in theaters, Nov. 3. But, after the movie earned $1.2 million in box office sales, distributors announced the film would run through Nov. 18th.

The film, running little more than an hour, is based on a one-man play starring actor Max McLean, who also plays the older C.S. Lewis in the docudrama. McLean’s deep and resonant British voice narrates the story, based mostly off of Lewis’ autobiographical work, Surprised by Joy.

The film’s script comes largely from Lewis’ own words and fairly represents the story Lewis himself shares in Surprised by Joy. It tells of his childhood loss of faith, the tragic death of his mother and estrangement from his father, his experience in the trenches during World War I and his slow return to faith with the help of friends like J.R.R. Tolkien (another Oxford don, known best for his Lord of the Rings trilogy).

Filmed in and around Oxford and at Lewis’ home, The Kilns, The Most Reluctant Convert has fantastic cinematography and a succinct storyline – making it an easy watch for older audiences. Because of the spiritual and intellectual content in the film, however, children may find the film less compelling.

The docudrama was directed by Norman Stone, who also directed BBC’s 1985 television film, Shadowlands, which recounts the late-in-life romance and marriage of Lewis and American writer Joy Davidman. (Shadowlands, in 1993, became a delightful feature film, starring Anthony Hopkins as Lewis.)

To learn more about The Most Reluctant Convert and to find out how you can view the film, visit www.cslewismovie.com.