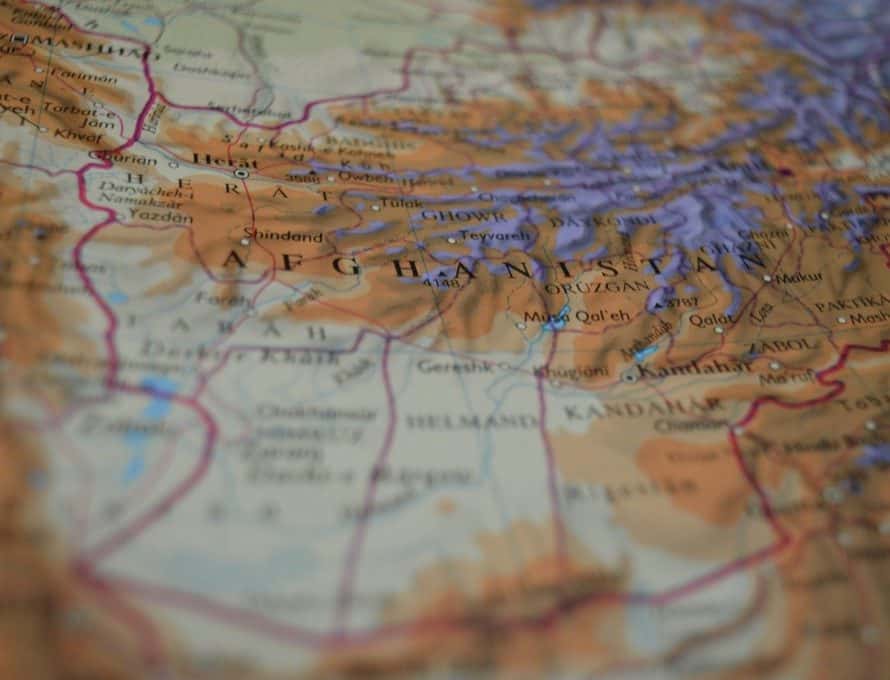 KABUL, Afghanistan – With the help of a Kansas City-based ministry, a child whose parents were killed by the Taliban arrived safely at the Rammstein Air Force Base in Germany, Aug. 27.

An American missionary family had already chosen to adopt the child, but weren’t able to take custody of the child before the Afghan government collapsed last month. But, with the help of Kansas City-based Concilium, Inc., the child was rescued from Afghanistan only a few days before the U.S. military’s Aug. 31st withdrawal deadline.

Even prior to this deadline, the condition in Afghanistan had deteriorated from a “Saigon, to a Dunkirk, to a Schindler’s List” situation, according to Scott Brawner, the Missouri Baptist founder and president of Concilium, a global security ministry laboring to help Gospel workers flee the nation.

His statement refers, first, to the disastrous military retreat from Saigon in 1975, then to the 1940 Dunkirk evacuation of Allied troops besieged by a Nazi offensive, and finally to the efforts of German industrialist Oskar Schindler to save 1,200 Jews from Nazi concentration camps during World War II.

Concilium is a non-profit ministry that helps Christian missionary and humanitarian groups with risk assessment and security around the globe. But, according to its website, Concilium “re-tasked its staff towards a singular goal” last month: namely, “the support of Gospel workers and local Christians seeking to evacuate Afghanistan.”

Brawner is quick to point out that Concilium doesn’t work alone. Instead, they’ve partnered with groups from across the globe to rescue people from Afghanistan. Brawner is also quick to praise God for answered prayers, as men, women and children escape the country.

“After around the clock collaboration among several organizations, 140 school-aged girls made it through the gates and were flown to safety,” an Aug. 28th Concilium Facebook post reads. “To God be the glory in all of these answered prayers!”

Also on Aug. 22, Concilium reported a successful effort to help one family:

“48 hours ago, a family made their way to the gate because their visas were processed and the family was cleared to depart. For 18 hours they stood in a desperate crowd that grew into a mob. Robbery, assault, and rape were taking place, and the situation was incredibly dangerous. That’s when we were contacted to help them get through the gate.

“While trying to sort their situation at the gate, this family was critically injured in a stampede. Concilium’s Watch Center found an American doctor who was able to provide telemedical assistance and help them treat serious injuries including broken bones. For more than 12 hours they sat in a house and were interrogated by the Taliban. The situation was desperate – even grave – but God had other plans. Then, a phone call was made that changed the lives of this family forever. The Lord made a way for them to be picked up and carried though the Taliban checkpoints, through the Afghan army checkpoints, and into the airport. They have received medical attention and are now able to fly to safety. Whatever you do, don’t stop praying for #Afghanistan.”

But Concilium is calling on Southern Baptists for support, especially in prayer, as they respond to “a flood” of other “requests from individuals on the ground” who are trying to flee Afghanistan in wake of the Taliban offensive, Brawner said.

An Aug. 19th Facebook post from Concilium noted “more than 2,000 Christian expatriates and local Afghan Christians” that needed help. Rescue efforts have extended beyond the U.S. military’s Aug. 31st withdrawal deadline, as Concilium extends its efforts beyond the Kabul airport to other avenues for escape, Brawner added.

On a Sept. 10th Facebook post, Brawner wrote, “We are seeing charter flights out of Kabul continue for a second straight day. This is good news.
“While the flight manifests are not published, we understand that foreign nationals have been able to board these flights as well as Afghan citizens with a visa status recognized by the USA (as well as other nations). This is also good news.
“While these flights are not departing with thousands per day like the American airlift prior to 31 August, it is a positive move forward that a daily flight can transport at least 200-300 evacuees out of Afghanistan.
“Keep in mind, those leaving the country on these or other flights would have to have some kind of passport or other internationally recognized documentation to board the flights. There are still thousands of Afghans with no passport or travel documents that would allow them to leave in this manner. It is unknown at this time how many those people there are, but it’s in the thousands.
“Please continue to pray for those wanting to leave Afghanistan. Pray for opportunity and for favor for those seeking ticketing and facing Taliban security scrutiny as they attempt to leave the country.
“Pray also for those who have no internationally recognized documentation and are looking at other ways to leave the country at this time.”

Learn more about Concilium at https://concilium.us/.