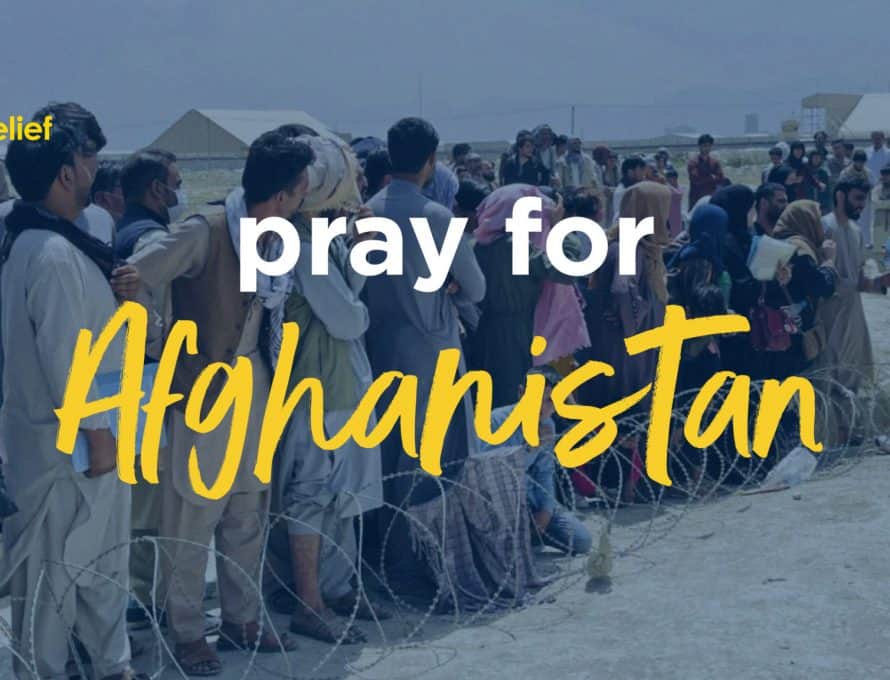 The Taliban have seized power in Afghanistan, storming across the nation and capturing all major cities within a matter of days. This political takeover occurred just weeks before the U.S. was set to complete its troop withdrawal from Afghanistan.

In the current crisis, an exodus is building as people by the thousands try to evacuate the country. Tens of thousands of Afghans who may be vulnerable to Taliban retaliation are looking for a chance of escape. One primary group of Afghan refugees are Christians fleeing imminent persecution, as well as other religious minorities, ethnic minorities and women and girls.

At this time, Send Relief is asking those who want to support the response to do so through prayer and giving. Find updates on the Send Relief website here: https://www.sendrelief.org/projects/afghanistan-crisis/

READ MORE: ‘God is sending them to us’ – Mo. Baptists prepare to help Afghan refugees in St. Louis

Send Relief is responding to the 7.2 magnitude earthquake that rocked Haiti on Saturday (Aug. 14) by supplying substantial funding and by partnering with the Florida Baptist Convention and Haitian Baptists, disaster response director Coy Webb said.

“Florida has a long-term relationship with Haiti and we believe is our best current partner for Send Relief in Haiti,” he said.

Webb said Send Relief will use “significant funding” to purchase temporary shelter supplies (tents and tarps), medical supplies and food through partnership with the Florida Baptist Convention and have expedited the process to release funding quickly.

The supplies will be distributed through local Baptist church partners in the affected communities in southwest Haiti, he said.

Haiti’s Civil Protection Agency raised the number of deaths from the earthquake to 2,189 and said more than 12,000 people were injured. Send Relief’s assessments indicated there were more than 700 collapsed buildings and more than 38,000 destroyed homes with 47,000 damaged. More than 130,000 families have been impacted, with many forced to evacuate their homes.

And it could have been worse.

“Despite its strength and depth, the quake is less catastrophic than that of 2010, the worst disaster in the country’s history, which left more than 300,000 people dead and 1.5 million others injured.” Webb said. “This response will not rise to the 2010 quake but has caused significant loss.

The quake wiped out many of the sources of food and income that many poor depend on for survival in a country already struggling with the COVID-19 pandemic, gang violence and the July 7 assassination of President Jovenel Moïse.

Haiti’s political situation is not secure enough to utilize volunteers in the country, Webb said. He said that was further verified on Tuesday in a call with partners.

“The prognosis is that political instability, crime, and gang activity is worsening because of the quake and has been widespread across the nation prior to the disaster,” he said.

The best two ways churches or individuals can help is to pray and give. Give here: https://www.sendrelief.org/projects/haiti-earthquake/