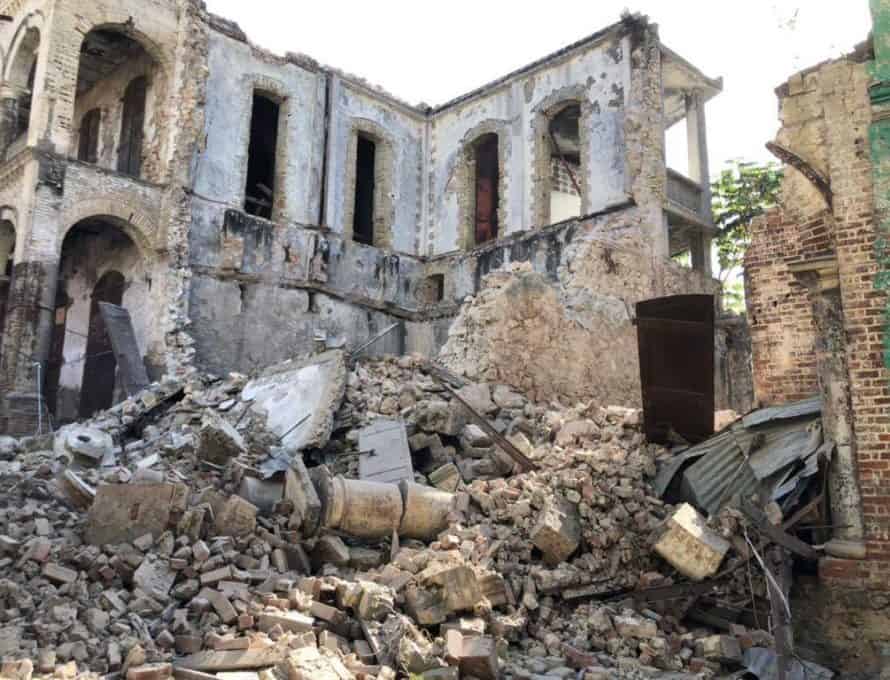 Tropical Storm Grace hit the nation only two days after the earthquake, making it difficult for supplies and support to reach survivors and intensifying needs in the region.

Missouri Baptist Disaster Relief (DR) is sending funds to support a Haitian medical team organized by Alpha Omega Ministry (ALOM), a ministry born out of a 2010 earthquake that devastated the island nation. Initially, Missouri DR is sending $5,000, “but we hope the generosity of Missouri Baptists will increase this amount,” state DR Director Gaylon Moss told The Pathway. (To give, visit https://mobaptist.org/disaster-relief-donation.)

Moss added that ALOM has “support from many organizations, including one I was working with at the time (of the 2010 earthquake), Baptists on Mission.” He said that their medical team has the advantage – as native Haitians – of knowing Creole, the local language, by heart. Missouri DR “may support additional partners and initiatives (in the future) as we learn more about response” in the region, Moss added.

The medical team, which will be based in Les Cayes, Haiti, includes three doctors, two nurses, and a mental health professional.

The role of mental health professionals is significant in the aftermath of this earthquake, said Caitlin Beauplan, a member of Concord Baptist Church, Jefferson City, and Southwest Baptist University alumnus, who moved to Haiti several years ago to serve with Hope Community Project.

Beauplan and her family felt the earthquake at their home in the northern coastal city of Gonaives, though they didn’t see any damage in their region. But she said people throughout the country were in shock after the earthquake struck.

“From an emotional standpoint, many are struggling. Across the country, many people are triggered by memories of the 2010 earthquake and the devastation it caused,” Beauplan said. An estimated 250,000 people were killed during the 2010 quake, which has been called the nation’s most devastating natural disaster.

“Pray for peace all over Haiti,” Beauplan added. “This little island nation has faced so much over the years, and the last three years especially – political unrest and instability, presidential assassination, natural disasters and more.”