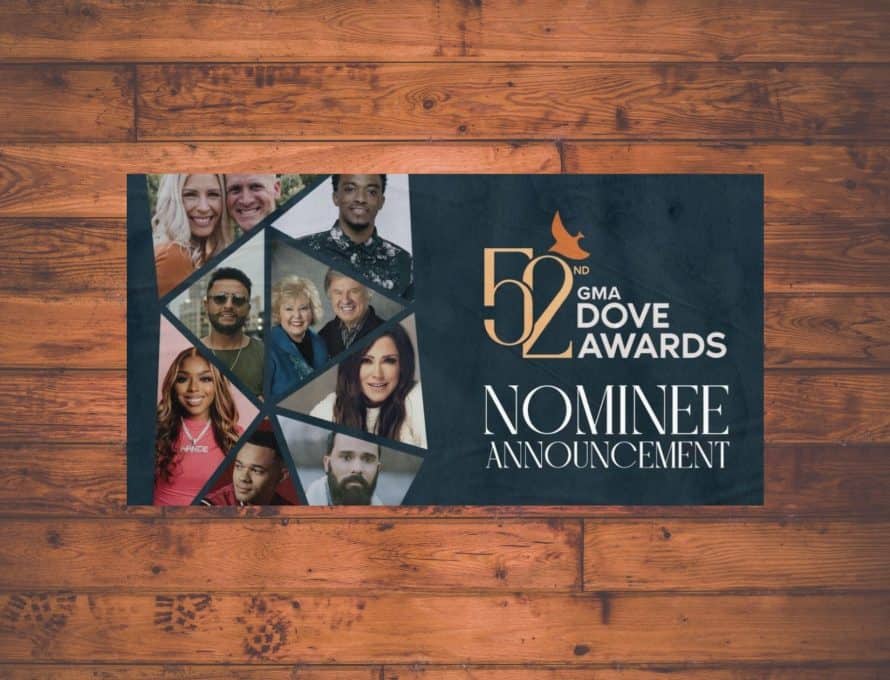 NASHVILLE (BP) – Elevation Worship, Zach Williams and for KING & COUNTRY highlight the list of nominated artists for the 52nd annual GMA Dove Awards, which were announced via livestream Wednesday (Aug. 11).

Elevation Worship received seven nominations, including a joint nomination with Brandon Lake in the “Worship Recorded Song of the Year,” category for their hit “Graves into Gardens.” Lake also received seven individual nominations.

Another song by Elevation Worship (featuring Maverick City Music), titled “Jireh,” was also nominated in the category as well as “Battle Belongs,” by Phil Wickham, “God So Loved,” by We The Kingdom and “Peace Be Still,” by Hope Darst.

Artists nominated for the “Artist of the Year,” category include Lauren Daigle, for KING & COUNTRY, Zach Williams, Phil Wickham and Elevation Worship. The former three artists have won the award in previous years.

A full list of the nominees can be seen here.

After last year’s Dove Awards was prerecorded with no live audience, this year’s show will take place live in Nashville at Allen Arena Tuesday, Oct. 19. It will then air on TBN Friday, Oct. 22, at 8 p.m. Eastern.

Jackie Patillo, president and executive director of the Gospel Music Association, reflected during the livestream about the past year and spoke to how music plays a role in uniting people of faith.

“As we reflect over the past year, like many of you, the Christian and Gospel music community has gone through highs and lows,” Patillo said. “However, in spite of it all, music has been a source of encouragement and hope.

“My prayer is that God would continue to unite us and to guide us as we remember to celebrate his goodness. This is about more than lights and a shiny statue. It’s about coming together and presenting all our diverse styles, sounds and cultures to celebrate God’s power, faithfulness and his message of hope.”

A limited number of tickets for this year’s show, themed “Stronger Together,” are available online now.