Gary Ledbetter and I have been friends for several decades. I hold him in high esteem as a seasoned Baptist journalist. One of the things he is really good at is his capacity to assess a situation and accurately state the way things actually happened. When I read his column, I said, “This is what Pathway readers should know about Nashville.” I asked Gary if we could print an edited version of his column, and he agreed. (See his article below.)

“It’s been a while since a meeting of the SBC garnered so much interest from outside press. For that reason, convention goers heard from friends and family asking, ‘I heard (insert dire and distorted report) happened at the SBC!’ This interest from those who didn’t’t attend, or who aren’t’t even Southern Baptists, was keener this year, and it was driven by non-Baptist media. I’d even go so far as to say that some outlets tried to put a finger on the scales of a deliberative body in which they had no personal investment. Here are some things you might have heard:

“The SBC elected a liberal as president. Nope. Yes, ‘liberal’ is a relative term, but it is also very loaded. In the SBC, in my lifetime, we’ve had professors teaching in our schools who denied the deity of Christ and the truth of Scripture. That is a fair definition of “liberal.” Ed Litton is not a liberal. He is an inerrantist, a complementarian and an evangelistic pastor. Yes, he has a different view of some convention issues than many of us, but his is an arguably biblical viewpoint. 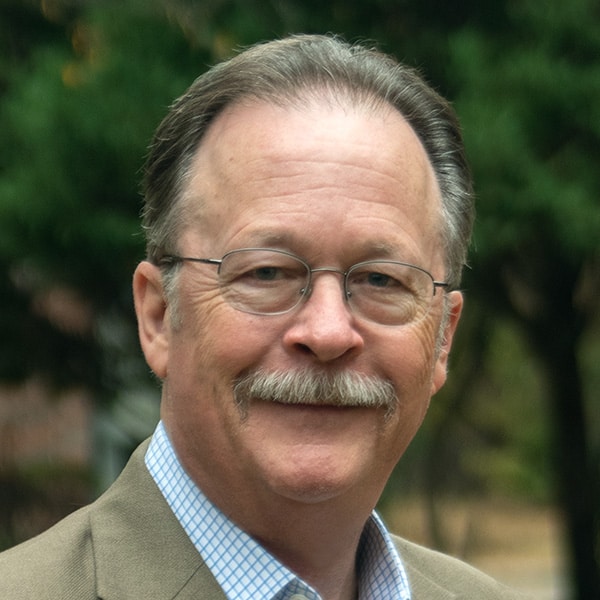 “The SBC has been saved from Philistines. Again, this is unhelpful rhetoric that tempts us all when we win a vote. Several votes were very close, usually indicating a difference in two reasonable ideas, and most of us lost one or two. Those votes we lost were not the end of the world; neither were the ones we won the answer we’ve all been waiting for. In a year when it’s common to speak about unity, I find it unbecoming to speak of half of our fellow conservative, inerrantist, mission-loving brothers and sisters as the problem we came here to solve. Maybe we’ve all done it, but that doesn’t’t make it right. We’re not Democrats and Republicans for those two days each year.

“The convention wavered in its opposition to abortion. In an unusual event, a resolution was brought from the floor and placed on the agenda. The debate highlights a divide concerning strategy among those passionate to see the horror of abortion ended. Those who did not favor the ‘abortion abolitionist’ resolution were not guilty of compromise with the abortion industry. The debate was over a strategy that has seriously curtailed the number of abortions over the past 40 years. One pro-life group wanted us to abandon the strategy of making abortion rarer by insisting we go ‘all or nothing’—making all abortions illegal becoming our only strategy. A small wording edit gave us a strong but confused pro-life resolution that allows us to continue to work alongside other pro-life Christians in the fight to end abortion.

“The convention was contentious. In a sense it was—people contended strongly for more than one way of accomplishing agreed-upon goals. One article referred to a ‘vicious’ debate going on between Southern Baptists. It wasn’t that. If by ‘contentious’ you mean that we were ugly to one another, that was rare and not encouraged. I heard booing a couple of times, but it was quickly reproved. The hallways were crowded and the food lines were long. But the crowd was also polite and good humored. You will almost never see a sporting event of any size where the people are this nice. And we were discussing things far more important than a ball game. I am not ashamed of my brothers and sisters after spending too much time with them in Nashville.

“Messengers came to do business. I don’t know if you’ve heard this anywhere, but it’s true. It’s been a while since we had this much time devoted to business. The moderator and committee leaders bent over backward to allow folks time to talk, add items to the agenda, extend the time for discussion and amend anything they wanted to. These things plus an unusual number of candidates for elected office blew some of our agenda items out of the water. Maybe, we have shortened the program so much that we are not prepared for people to be active in convention business. It might be good to build into the program more time than we need for messengers’ participation and then let us out early for lunch if we don’t need the time.

“A final note: The Southern Baptist Convention is more durable than one year’s business can permanently fix or break. I guess we’re a little like the U.S.—presidents and congresses come and go, never making as much impact as they threaten or promise. I’ve found it helpful to remember that when I’m in the minority. If the other guys are wrong, they won’t be as wrong as I fear. If I’m right, it won’t matter as much as I’d hoped. Perhaps you disagree, but that perspective helps me grant others the grace to outvote me from time to time.”

Maybe the outside media is doing their best, but your Southern Baptist journalists are the gold standard for the story of our convention.