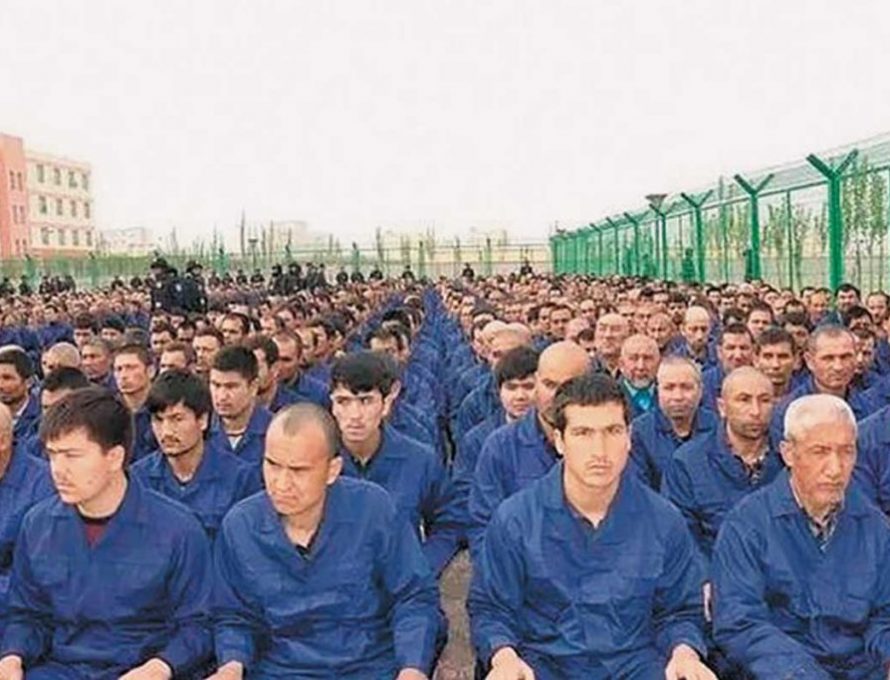 WASHINGTON (BP) – The U.S. Senate approved an import ban on goods made by forced labor in western China on the same day global religious freedom advocates brought attention to the Communist Party’s genocidal campaign primarily against Uyghur Muslims in the region.

Senators approved by unanimous consent July 14 the Uyghur Forced Labor Prevention Act, which would prohibit products made with forced labor in the Xinjiang Uyghur Autonomous Region from being introduced into the U.S. market. The House of Representatives has yet to vote on the proposal in this congressional session, but it passed a similar bill nearly unanimously last September before the measure died in the Senate.

On the day the Senate took action, speakers at the inaugural International Religious Freedom (IRF) Summit in Washington, D.C., decried the genocide of the Uyghurs and called for steps to bring about change in the Chinese regime.

The Senate vote followed the June 15 adoption by messengers to the SBC Annual Meeting of a resolution that condemned the Chinese Community Party’s treatment of the Uyghurs and called for the U.S. government to take “concrete actions” to end the genocide. The SBC reportedly became the first Christian denomination to denounce China’s campaign against the Uyghurs as genocide.

The vote moves the United States “one step closer to adding real teeth to our nation’s condemnation of the Chinese Communist Party’s vile human rights abuses,” said Chelsea Sobolik, a policy director for the ERLC. “This is welcome news for the SBC, which spoke with one voice last month and declared these atrocities to be genocide.

“By cutting off the financial incentive for the forced labor of Uyghurs, America will be confronting China economically and morally about its unacceptable practices,” she said in written comments for Baptist Press. “The House should swiftly pass this bill and send it to the president’s desk without delay.”

As part of its oppressive practices, the Chinese Community Party (CCP) tracks Uyghur Muslims in Xinjiang by means of a high-tech surveillance system that has obtained genetic data on many residents, according to reports. More than one million Uyghurs, and maybe as many as three million, have been detained in “re-education” camps, and forced labor by prisoners is common. Life in the camps can result in indoctrination, as well as rape, torture and coercive organ harvesting. Uyghur women are also at the mercy of a population control program of forced abortions and sterilizations.

Then-Secretary of State Michael Pompeo announced in January on the last full day of the Trump administration his determination that China is guilty of genocide against the minority groups in Xinjiang. New Secretary of State Antony Blinken affirmed that designation after he took office under President Biden.

According to a 1948 United Nations treaty, genocide is defined as murder and other acts with the “intent to destroy, in whole or in part, a national, ethnical, racial or religious group.”

At the IRF Summit, speakers described the Uyghurs’ suffering.

Tursunay Ziyawudun, a Uyghur Muslim woman, described being imprisoned twice in the camps. In addition to being beaten, she was raped one night by three police officers, Ziyawudun said. Some girls taken from their cells returned in a near-death state, and others disappeared, she told the summit audience. She witnessed some bleed to death, she said. The Uyghur prisoners were forced to swear loyalty oaths to the CCP, she said.

The experiences in the camps “have left indelible scars on my heart,” Ziyawudun said in her own language while the English translation was projected on a screen.

China’s detention of the Uyghurs “represents the largest mass incarceration of an ethno-religious minority group since World War II,” said Nury Turkel, a Uyghur-American lawyer and a member of the U.S. Commission on International Religious Freedom (USCIRF). “The CCP aims to eliminate the distinct Uyghur ethno-religious identity from the face of the earth.”

Turkel, chairman of the board of the Uyghur Human Rights Project, said China’s “digital dictatorship” includes facial recognition software that is “omnipresent in cities and villages.” He said Uyghurs “cannot do anything to escape the watchful eye of the Chinese government.”

He warned that “digital authoritarianism is on the rise globally.” More than 80 countries have adopted China’s surveillance technology, Turkel said. “The tools perfected by the Chinese regime will be replicated and multiplied for use against the vulnerable ethnic and religious groups.”

Former Republican Rep. Frank Wolf of Virginia called for establishment of a bipartisan genocide caucus in Congress that would serve as an “early warning system.”

“[W]e cannot say that we do not know,” said Wolf, a champion for religious freedom and other human rights during his 34 years in the House. “So what remains to be seen is whether men and women of faith and others of goodwill will accept this challenge regardless of where it leads or will we simply choose to look the other way. The stakes could not be higher.”