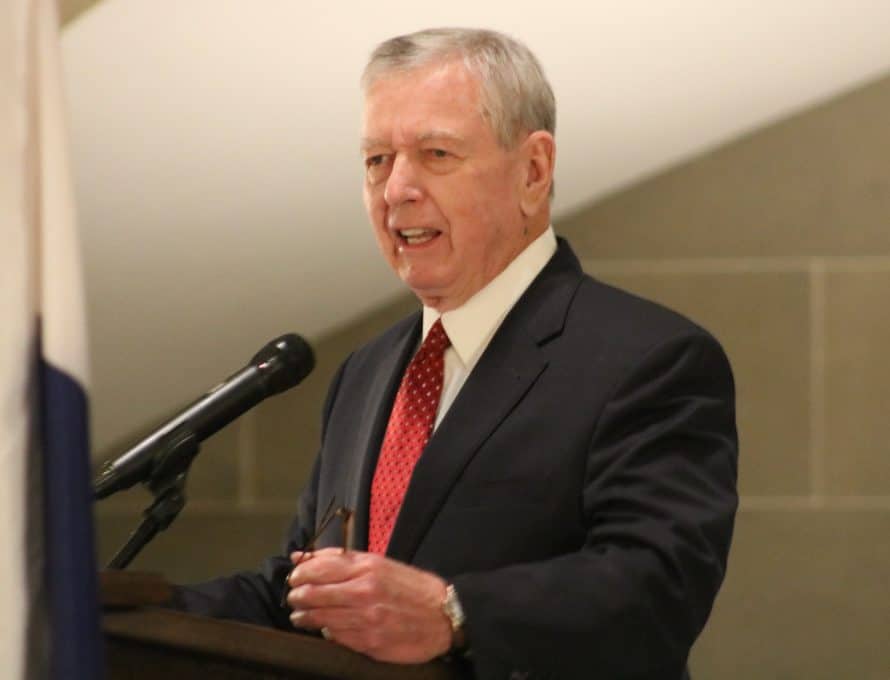 JEFFERSON CITY – Missourians must pray urgently for their state and nation, former United States Attorney General John Ashcroft told participants at the National Day of Prayer event in the Rotunda of the Missouri State Capitol, May 6.

“Especially in moments of crisis in this country,” Ashcroft said, “our leadership has called us to our knees. … I feel like our country is challenged again, and the responsibility and opportunity for prayer on the part of people of faith is so vitally important.” 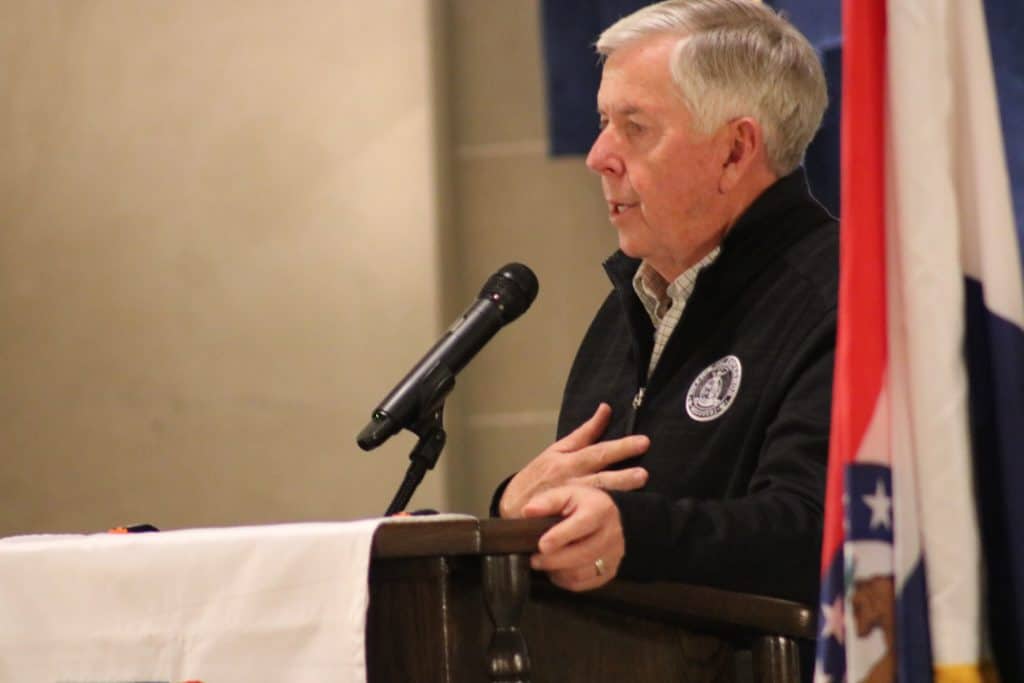 Ashcroft, who was the keynote speaker for the event, urged Missourians to aim at asking God for the right things, to actually ask Him, and to act accordingly.

“We should ask for things that are consistent with God above, wisdom and knowledge,” he said. But people must not stop at prayer, since by God’s grace their actions also have consequences in this world.

“God gives us the privilege of participating in developing the answers to our own prayers,” he said.

Gov. Parson shared about the difficulties of the previous year and about the nation’s need for faith in God.

“Trust me, some of the toughest roads I’ve went down were during the last 14 months of my career,” Parson said. Through it all, he said, he and his wife have been encouraged by messages from Missourians that simply said, “We’re praying for you as a leader.” He said this happened every time he needed to make a significant decision.

“That was probably my most comforting level in the last 14 months,” he said, “that I knew I had people out there that believed like I believed. And I had faith in God. And that’s what it came down to.”

Several Missouri Baptists were involved in this prayer event. Pathway Editor Don Hinkle served as this year’s coordinator for the event and was the master of ceremonies.

Justin Nelson, pastor of South Creek Church, Springfield, performed the National Anthem and led in the singing of “All Hail the Power of Jesus’ Name” and “God Bless America.”