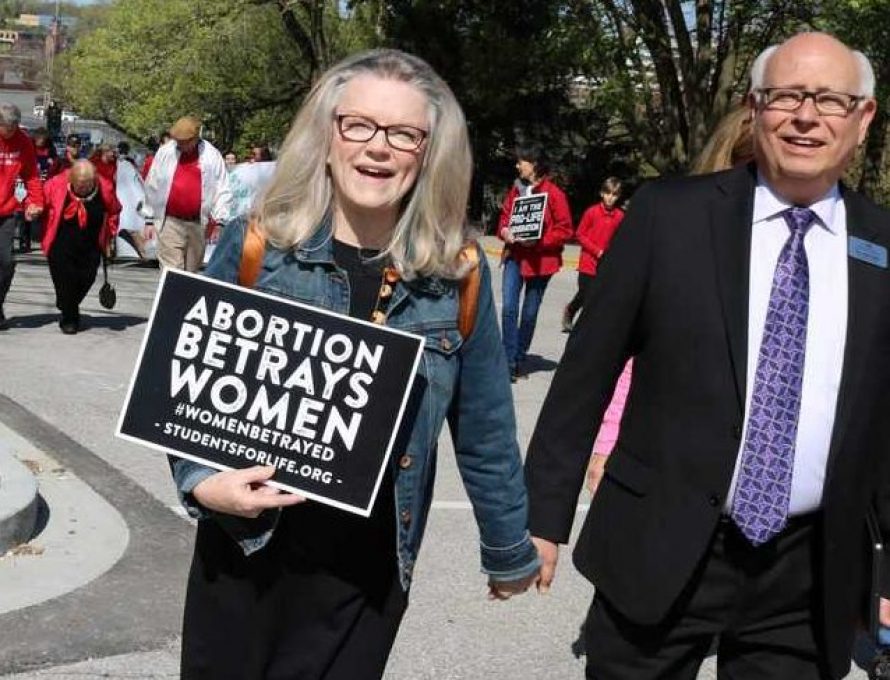 JEFFERSON CITY – Missouri Baptist Convention Executive Director John Yeats and his wife, Sharon, march alongside other pro-life advocates during the Midwest March for Life, April 14. Yeats was one of several speakers to address participants during a rally that followed the march around the State Capitol. Read more on pages 10-11. (Pathway photo by Benjamin Hawkins)

What, he asked, is missing in our culture? His answer: The fear of the Lord.

Yeats was among several speakers featured at the Midwest March for Life here. He and his wife, Sharon, marched with other pro-life advocates around the Capitol before returning to the South lawn of the Capitol for his address. 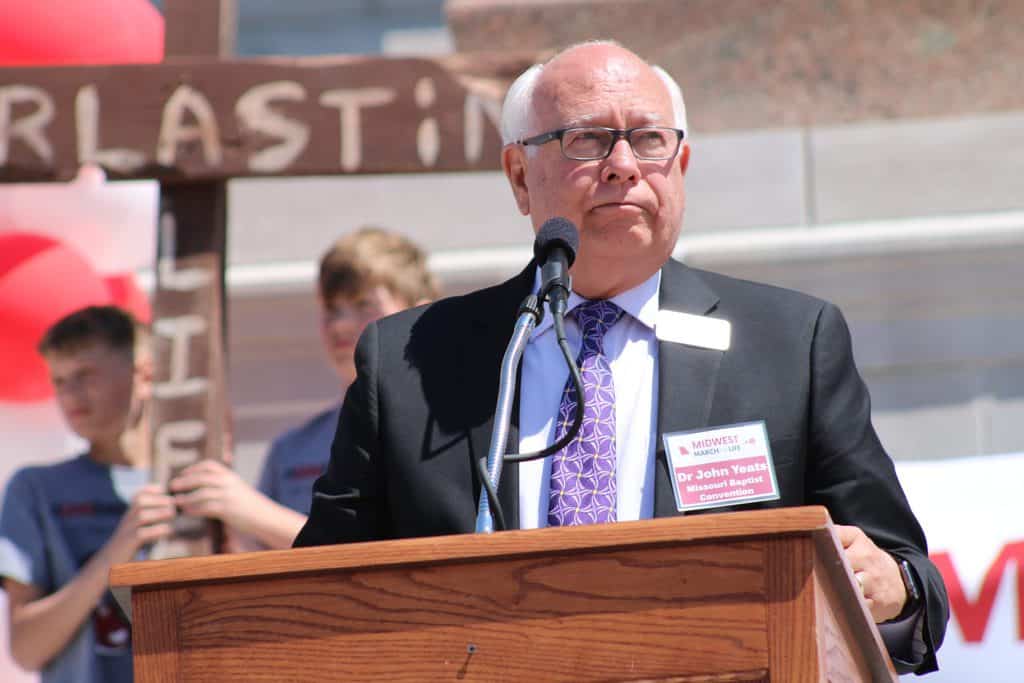 JEFFERSON CITY – Missouri Baptist Convention Executive Director John Yeats tells participants of the Midwest March of Life, April 14, that the culture of death devastating the nation grows from people’s forgetfulness of and irreverence toward Almighty God.

“Let us remind ourselves daily that the fear of the Lord is the beginning of godly wisdom,” Yeats added. “In this cultural mix, sprinting toward the abyss, we need to rekindle our fear of God and repent of being our own “little-g” gods of our own little kingdoms that devalue life and liberty and purpose for every person born and yet-to-be-born.”

During the rally, Yeats also highlighted Missouri Baptist ministries that advocate for life and show love to people.

“Like many faith groups in our state,” he said, “Missouri Baptists with 1725 churches have established comprehensive ministries to love children: care for orphans, pregnancy resource centers, foster care ministries, safe houses for women, little girls and boys who are rescued from sex trafficking. First because we love the Lord Jesus and because we love people.”

Susan Klein, executive director for Missouri Right to Life and a member of Cedar Grove Baptist Church, Holts Summit, also took the stage at the Midwest March for Life.

Klein praised pro-life Missourians for their grassroots efforts in defending the life of the unborn.

“Missouri, you all are fabulous,” she said. “You have worked for so many years to make us the ‘Missouri miracle.’ … Without you, the grassroots of Missouri, we wouldn’t have the (pro-life) legislators that we have in the Capitol. … We wouldn’t have the pro-life laws on the books that have closed all but one abortion clinic. … 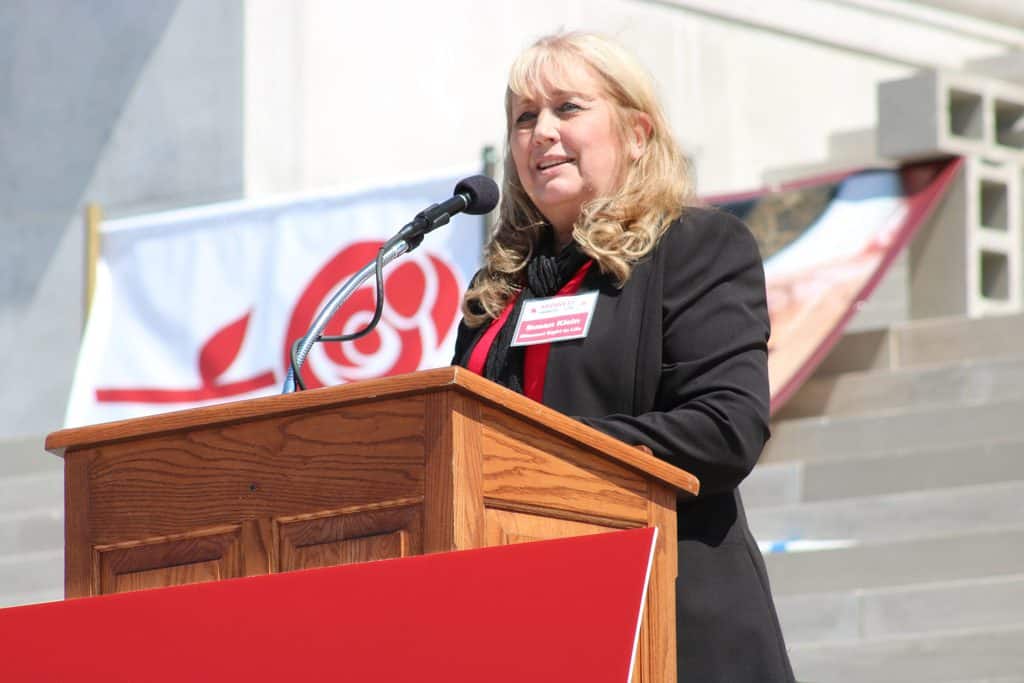 Bonnie Lee, a member of Open Heart Baptist Church, Columbia, and a pro-life advocate who helped organize the march, said she noticed several other Missouri Baptists at the event.

Lee often encourages Missouri Baptist pastors and church members to take a more active role in the fight for life by participating in this annual rally and other pro-life activities.

“One of the reasons God has been blessing Missouri (with fewer abortions) is because we have many faithful and godly legislators,” she told The Pathway. “They need to know the people are behind them now more than ever to stand up and speak up for life.”

Bev Ehlen, a member of The Way Baptist Church in Warrenton and also a member for the Missouri Baptist Convention Christian Life Commission, said the Midwest March for Life is an encouragement for people who are fighting for the unborn, as well. It is also a “stand for truth,” she added.

For more information about the Midwest March for Life, visit www.midwestmarchforlife.com.